As if it wasn't enough that Bernie Sanders mitten meme from the inauguration was permanently immortalized as a tattoo, now he's emblazoned on a Christmas ornament. Old World Christmas is offering the Bernie ornament for $24.99 as a pre-order which will arrive just in time for Christmas in summer.

Some may argue though there are better ones to be had. We did a quick sweep of the Bernie ornaments by the amazing artisans on Etsy, and here are some of our favorites:

These are made out of Baltic birch plywood. 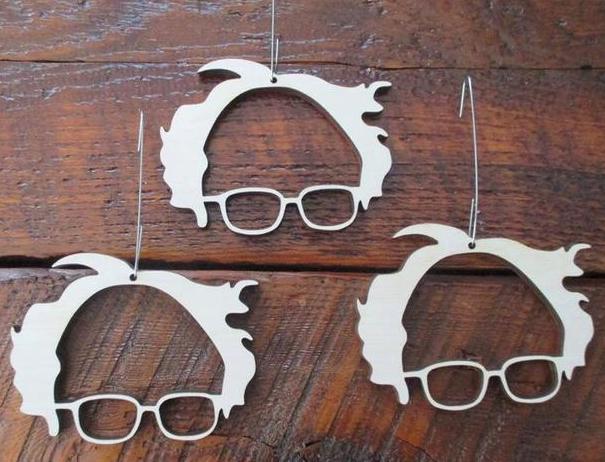 This is hand embroidered and placed on an embroidery hoop. 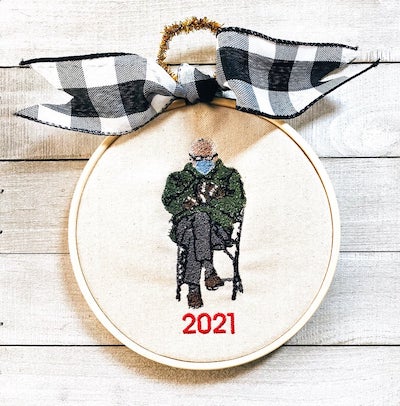 The top layer is laser cut and you can customize the quote on the ornament. 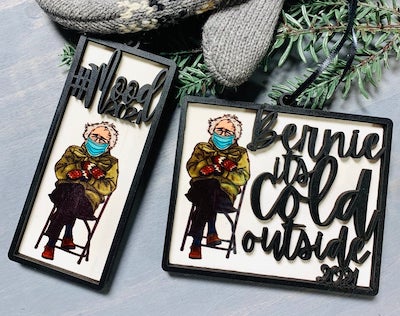 And of course, those mittens! Made out of PLA plastic which is biodegradable and eco-friendly (very much Bernie-approved materials). 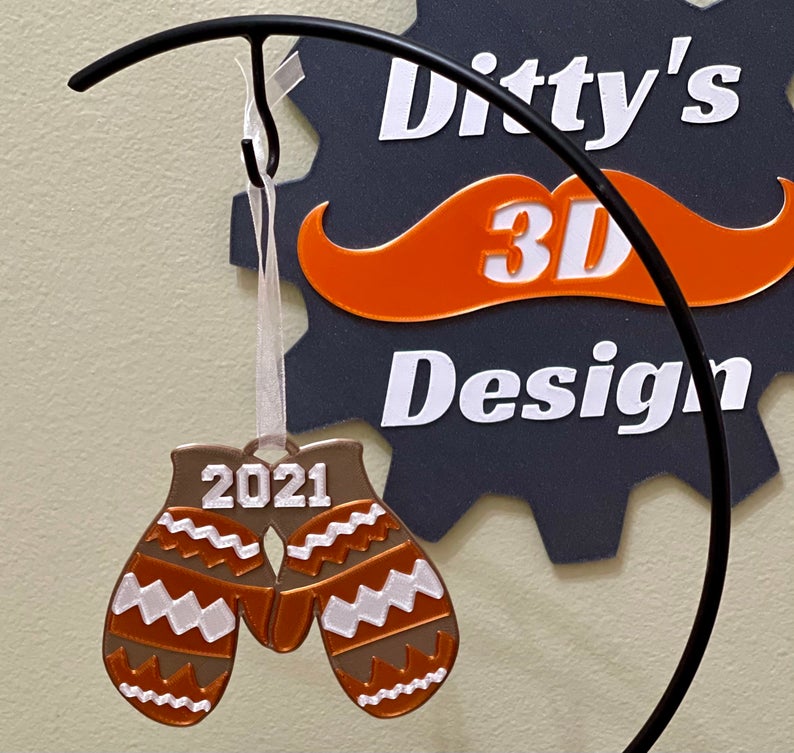 Roughly, we're about 240 days from Christmas. But it's never too early to start that wish list and start dreaming about decking the halls and trimming the tree.

Are you a proud owner of a Bernie ornament? Share in the comments which design you like best.