Cherry Hills Village Named No. 3 Richest Community in the U.S.

Cherry Hills Village Named No. 3 Richest Community in the U.S.

In other news: I'd be happy to take some of that burdensome cashola off your hands, Cherry Hillers.

Bloomberg ranked Cherry Hills Village at top of its Richest Places annual index. The ranking took 2017 inflation-adjusted household data for all U.S. place, laid out by the Census, with a minimum of 2,000 households and ordered them based on average household income (excluding households without income).

And Colorado's own Cherry Hills took the bronze. According to Bloomberg, part of the draw of the Denver suburb is its location. Just 15 or so minutes from both downtown Denver and the Tech Center, it is easily accessible from some of the state's major economic hubs.

“It happens to be located kind of beautifully,” Steve Blank, a managing broker at Sotheby’s International Realty in Denver, related to Bloomberg.

In addition, the average household income in Cherry Hills was calculated as $394,259 per year. The area is also home to some of our most-known residents.

Cherry Hills Village ranks behind the gold-medal winner, Atherton, Calif., with an average yearly household income of $450,696, and Scarsdale, New York, the silver medalist, with an average yearly income of $417,335. Scarsdale, with a whopping $30,000 average increase in annual household income, knocked Cherry Hills out of the second-place spot it held in the prior year's list. 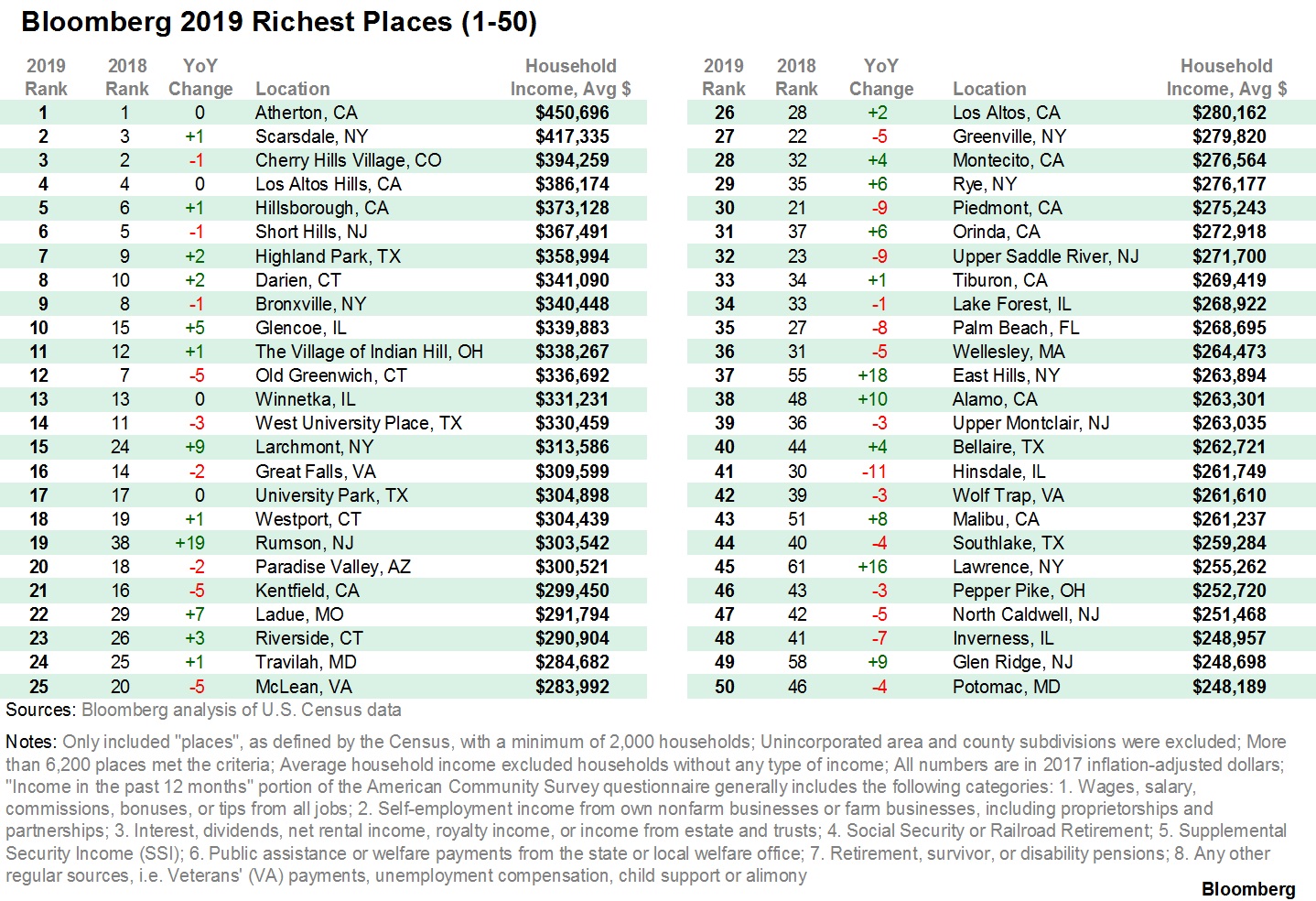 The study found that the entry-level income for the 100 richest places topped $200,000. New Jersey, New York, Connecticut, and California had the most communities on the list.

"More than half the top 100 richest places in America were either in the New York City area or California. A handful of Midwest and Southwest areas made the top 20," said the report.

What are your thoughts? Let us know in the comments.

Black Players for Change assembled after George Floyd. They're just getting started