Did Your Candidate Lose? Here Are 5 Reasons Why You Shouldn't Move to Canada

Did Your Candidate Lose? Here Are 5 Reasons Why You Shouldn't Move to Canada

2020 is a year like no other. Record wildfires, a global pandemic, two old white men bickering with one another during presidential debates, making it clear it’s way past their bedtime. It makes you wonder: How did we get this far?

It’s not just Americans biting their nails about what the outcome will be with the 2020 election: the whole world has got their eye on the land of the free. Even Switzerland seems to have an opinion. And with the election closing in, it makes one wonder, where do we go from here?

Well, I’ll tell you where we don’t go: Canada.

While our nation can’t agree on much right now, can we all put our differences aside and agree not to move away to Canada if our candidate loses? Sure, Canada’s got most of it figured out—a young president who strings together complete sentences, somewhat of a health care system, enough snow that you can at least pretend climate change is not a problem.

But if you move there, consider the following:

Not to hate on Canada, but well, there are some things we Americans should have as non-negotiables. And adopting our northern neighbors' odd antics should be one of them. Because regardless of who our president is, America can still be a beautiful place if we let it.

It’s not the first time Americans have threatened to move to Canada if their candidate loses the election. But after the Trump win in 2016, a surprising 2,000 Americans actually did leave. And while many Americans are threatening to leave again based on the outcome of the 2020 election, we're here to remind all the reasons why you shouldn't.

The future of a country starts at home. You have the power to shape the minds of your children and toss around ideas with your loved ones. No politician will ever care about what’s best for you and your family the way you will. And if they tell you they will, remember, they're probably fibbing—they're politicians after all!

"What happens in your house is more important than what happens in the White House, " --#BarbaraBush. #FaithFamilyLiteracy, God Bless you and thank you Mrs. Bush. pic.twitter.com/QE0hoUMeuO

2. Change starts at the bottom.

Years of wrinkly old men dotted with the speck of the first African-American president do not compare to the change you can conjure in your own neighborhood. Want to see your taxes lowered? Wanna see your child’s school improve? Want safer neighborhoods? Try directing as much attention to your next city council election as you do to the presidential one. You’ll be surprised at how quickly change can happen.

There’s the whole controversy of electoral college vote vs. popular vote. And quite frankly, neither are a great reflection of who Americans think should lead the country. In the last presidential election, only 60.1 percent of those eligible to vote actually did vote according to a Voter Turnout Study conducted by FairVote. So whether or not your candidate loses, keep in mind this single person doesn't necessarily represent the pulse of our nation—no matter how much much the media might lead you to believe. Our nation is not a monolith, and that’s what makes it beautiful. 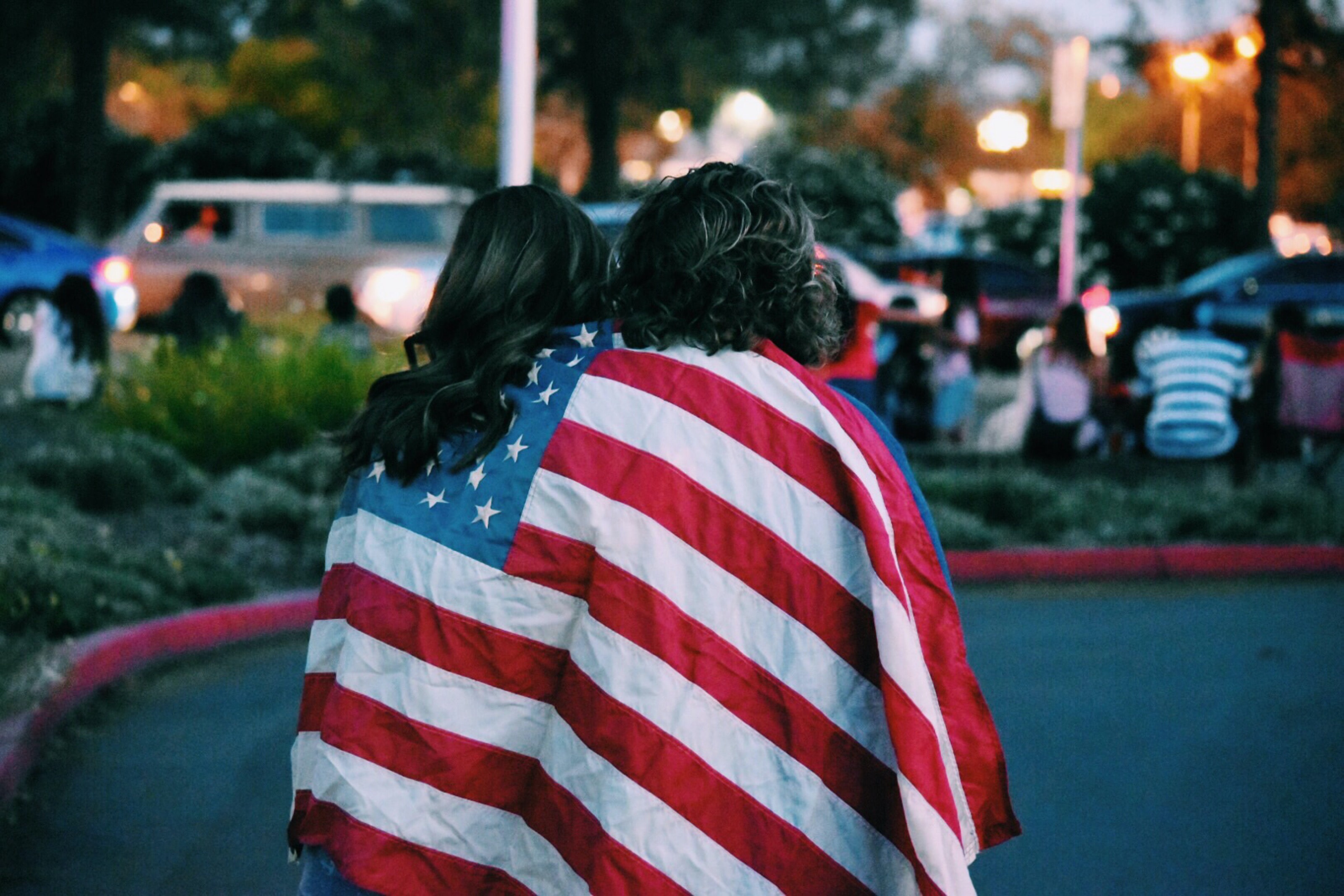 4. We are more alike than different.

The clash of political parties has never been more vitriolic and violent than in recent times. When we peel back the anger, we might be surprised to find we’re more alike than we’re different. And with an election that has caused a whole nation to rise up and shout, maybe by taking a step back we can find a way to listen to one another and find those similarities.

5. It’s Americans who make America, not the president.

No matter who wins, the spirit of America will still reign strong. You can find it in your neighbor who checks in on you when you haven't picked up the mail. Or your coworkers when they stop by your office every morning to say hello. It’s in your family members, your congregation, your town's small business owners, and everyone in between—all of whom know what kindness and love are because that's the way we’ve always cared for each other. It’s how we’ve always done it and how we’ll keep on doing it, regardless of who wins the election.

So as for sticking it out in the good ol' USA? For the most part, we can all agree that the political climate is chaotic and at the end of November 3, we're going to have a wrinkly old white guy as our president—no matter who wins. No one singular person will ever be the best to lead our country, because it takes us all to build the world we want to live in.

In order for us to do that, we have to work together, hand in hand, conversation by conversation. While it might be easier for some to pick up and leave for Canada, the American spirit that is fueled by innovation, resolve, persistence, and love is not something you can just shake off so easily.