Elon Musk Is in a Legal Battle Over a Farting Unicorn, and I've Heard Enough

Elon Musk Is in a Legal Battle Over a Farting Unicorn, and I've Heard Enough

Elon Musk and a Colorado-based potter are in an argument over a farting unicorn.

In 2017, Elon Musk (the creator of Tesla) tweeted a photo of an original mug crafted by a Colorado-based potter named Tom Edwards. The mug featured a cartoon drawing of a unicorn farting electricity. (Yes, you read that correctly.) Musk called Edwards’ creation “maybe my favorite mug ever,” which lead to a major boost in sales worldwide.

“Okay, this is a natural bodily function. The unicorn is farting into this container and then it’s going through a cord and powering the electric car,” Edwards said as he described the design to CBS4’s Kelly Werthmann. “It says, ‘Electric cars are good for the environment because electricity comes from magic.’”

At first, Edwards was ecstatic the tech billionaire chose to share the photo with his followers. 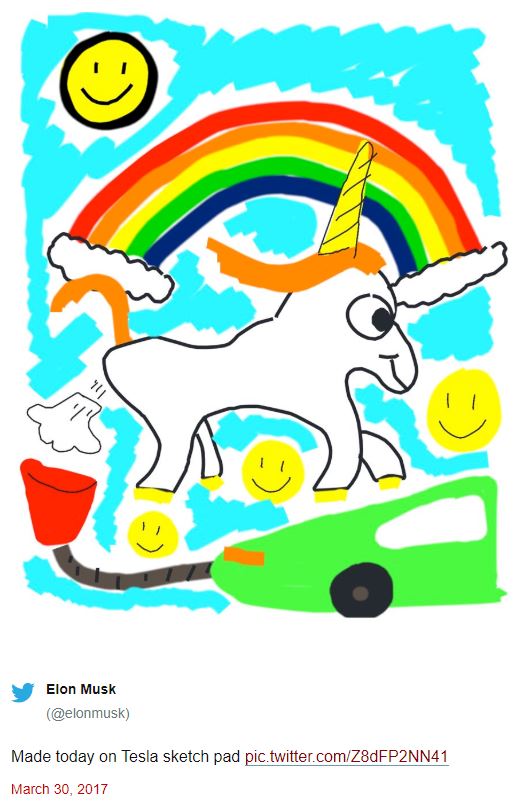 “I sold about 50 mugs from that tweet,” Edwards said. “It seemed like the perfect person to promote my design. I was really happy that he did that.”

A few weeks later, Edwards changed his mind after Musk tweeted yet another photo of his design in a promotion for Tesla’s new “sketch pad,” a touchscreen drivers can draw on.

“[Elon Musk] tweeted again, only this time it was a copy of my artwork,” Edwards told Werthmann. “So, all last year people were sending me pictures like, ‘Hey, I was in the Tesla showroom and I saw your artwork.’”

Edwards refrained from speaking with a lawyer until Tesla started sending out Christmas cards with his magical design.

“It’s part of their branding now,” Edwards said in an interview with The Guardian. “I love the fact that it’s in the cars, but I just want them to do the right thing and pay me adequately for it.”

In hopes of helping her father, Lisa Prank went after Musk on Twitter, writing: “hey y’all Grimes’ boyfriend ripped off my dad’s art! this is a true story! what do you have to say for yourself @elonmusk ??” 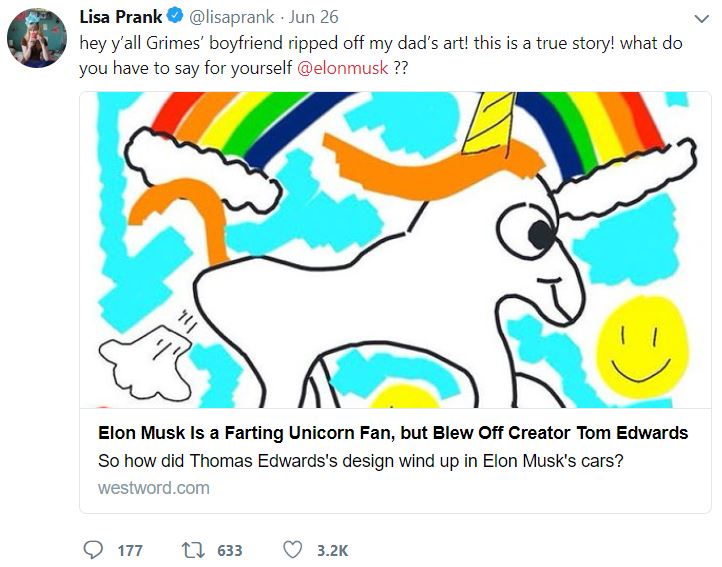 According to MarketWatch, Musk apparently responded to Edwards’ daughter in yet another now-deleted tweet: “We gained no financial benefit. Have asked my team to use a diff example going forward. He can sue for money if he wants, but that’s kinda lame. If anything, this attention increased his mug sales.” 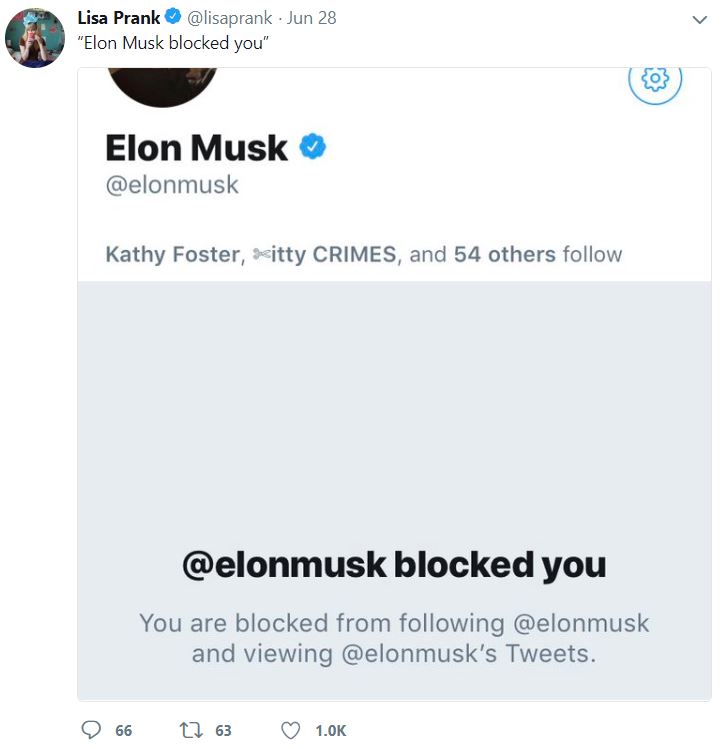 Even “Harry Potter” author J.K. Rowling commented on the argument by linking to The Guardian’s article in a tweet that read, “The spinoff you never knew you wanted.” 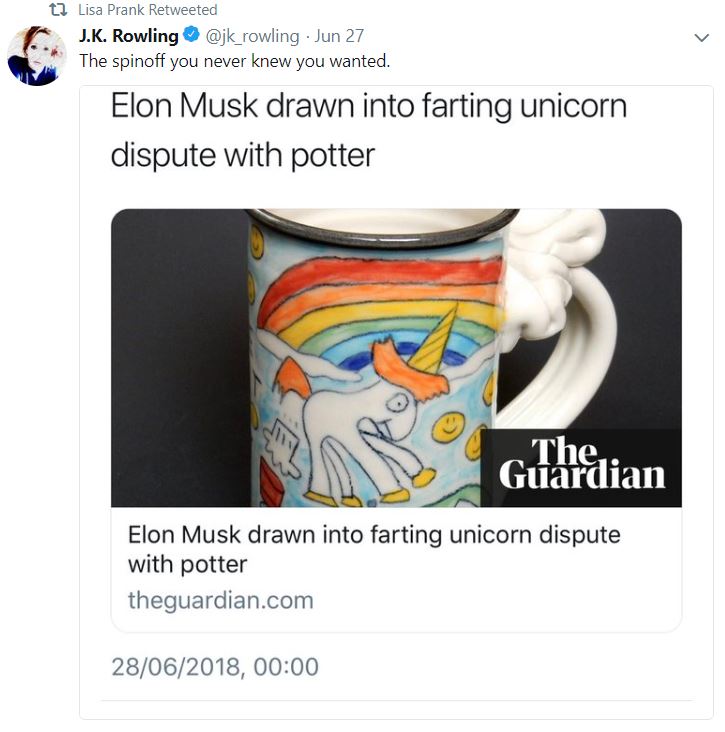 Tweets aside, this argument is about something much bigger — integrity.

“I think the only real solution is if Tesla Motors negotiates with us and gives us compensation for that artwork,” Edwards told Werthmann. “It’s really hard to establish the value of that now they’ve gotten a year or so worth of use out of it. And actually, I’d like him to keep using it. I think that would be great. It’s not like I want to take it away, I just think they need to do the right thing.”

What do you think? Should Musk apologize and pay out? (I certainly think so.) Let us know in the comment section below!