James Guess recently took up this activity to entertain himself and spread a little joy to fellow passengers on his daily commute.

Anyone who has commuted on the D.C. Metro during rush hour knows it to be an arduous journey. It is nowhere close to being civilized; personal space does not exist, people are pressed against each other on the platform in a stuffy concrete tunnel, while waiting for the double doors of each car of the train to open so they can push their way into an already packed train. The Red Line is the oldest, longest, and busiest of the Metro lines and therefore incurs many delays and a lack of capacity for the amount of passengers. In fact last week, it was reported that the Redline had its worst commute in 18 months.

Therefore, James Guess, who is an Assistant Audio Video Supervisor at Shakespeare Theatre Company—and a Redline commuter, recently started Airdropping photos of his rescue dog, Henry, in an effort to have a little fun and make people smile. While maintaining his anonymity, he was amusing himself by being sneaky (but not in an inappropriate way), until he outed himself by confessing on the website Reddit.

"Confession: I Airdrop this picture of my dog to everyone on the Red Line during my commute to and from work." 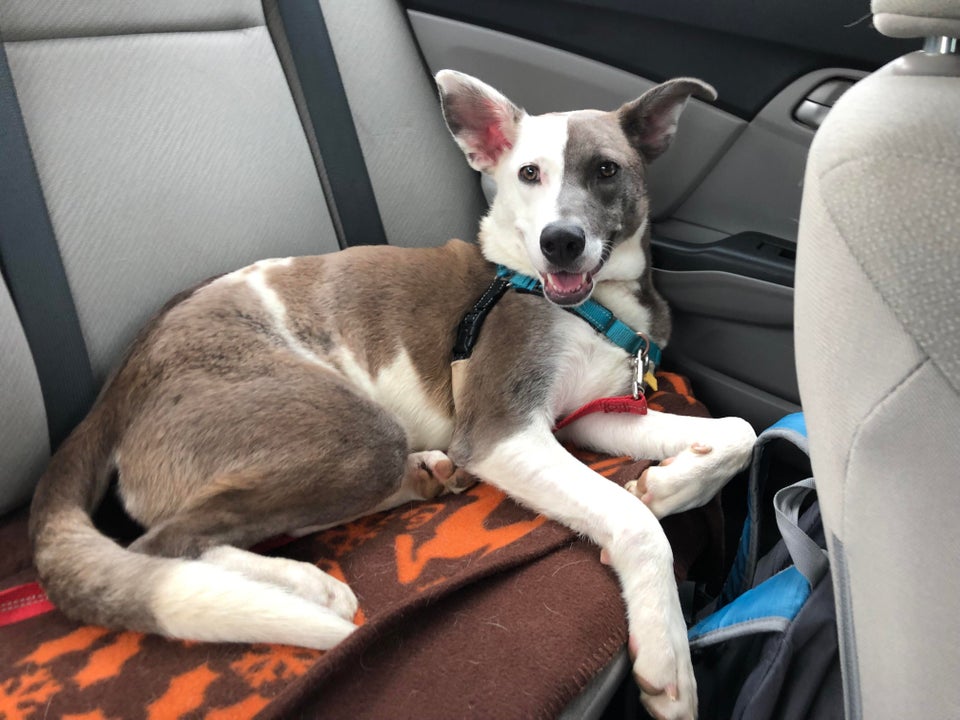 What came after were hundreds of mixed comments from other commuters and members of the site, most of whom who were very positive.

One person posted, “Henry is awesome and so are you. I hope those people who accepted Henry’s picture got a smile out of it just like I did when opening this post!”

Unfortunately, there were a few haters in the comments (aren’t there always?): “Riding in a car without being restrained!!! You’re lucky you didn’t airdrop a photo on me. You’d get an earful...”

What was interesting, however, is that the majority of the comments were between members who didn’t know about the Airdrop setting on their iPhones and others who were thoughtful enough to explain how to use it: “Thank you! I had no clue this even existed and that mine was on! Some of us are technically challenged.”

Most people keep their Airdrop private, including Guess, as most Airdrops are not of a sweet pup but tend to be nude or other inappropriate photos.

Guess and his girlfriend, Kelsey Weigel, adopted this adorable, charismatic, and unique puppy from the Humane Rescue Alliance in February. While visiting the rescue center, they had no intention of adopting on that particular day. However, when they met this pup, they realized they were not leaving without that “little dude.” The couple turned to social media to come up with an appropriate name for this beautiful pup, and after many suggestions, the couple decided upon Henry. He even has his own Instagram account, Henrythevelcrodog, with 296 followers. His interests include snoozing, barking, eating, chasing, and following his humans incessantly. 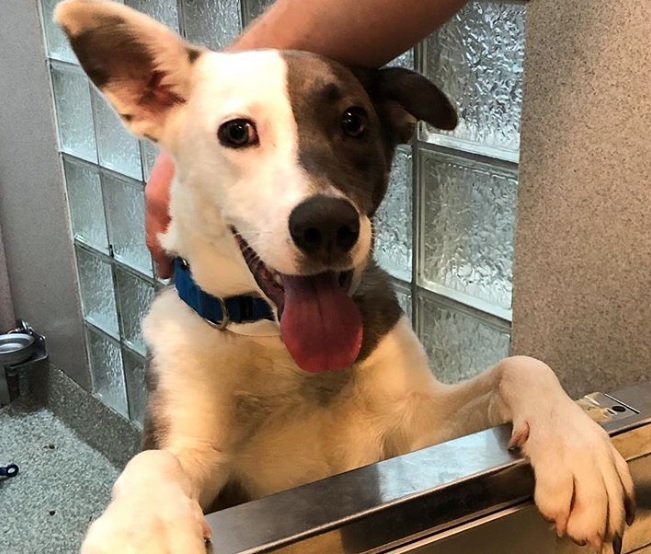 When asked how many people accept his Airdrop of Henry, Guess said, “Not many, maybe five or six. Henry gets sent out to about five to seven people each trip, so the percentage is pretty low; about 90-95 percent decline. Still worth it though.”

Now other Red Line passengers are turning their Airdrop functions back on and changing cars to try and find Guess as he revealed he’s usually in the first two cars of the train.

When a member posted, "I don't wanna out you, dude, but I saw you're famous today. #dcistfamous. Remember us little people when Henry goes to Hollywood." To which Guess replied, "Hah it's all good. This whole thing has blown up and I ended up doxxing myself. So it goes."

With handsome Henry's very distinctive markings and James Guess's big smile, I think they're going to be easy to spot. It's all worth it in the end when spreading a bit of happiness during a dreadful commute.

What do you think about this Airdropping for a good cause? If you're a Redline commuter, have you been a lucky recipient of Henry's photo? Let us know in the comments; we always love to know your thoughts!