Born in a Hawaii hospital in 1980, Mike Ayers was adopted and raised on the East Coast. Now it's vital that he find his birth family.

Little 4-year-old Jaxson Ayers is unique in many ways.

For one, he’s a Leap Day baby, born on February 29, 2016—which means he’ll only have an official birthday every four years.

And second—and probably most importantly—he’s been a fighter for all of his short life, bravely suffering from multiple congenital conditions which have taken his family on a harrowing medical journey they could have never imagined just a few years ago.

Jaxson’s health concerns began from the moment he entered the world in Woodbridge, Virginia. Right away, his underdeveloped left ear and facial features were obvious to the naked eye. These disorders, his parents Mike and Kristin Ayers learned, were called hemifacial microsomia and microtia of the left ear. 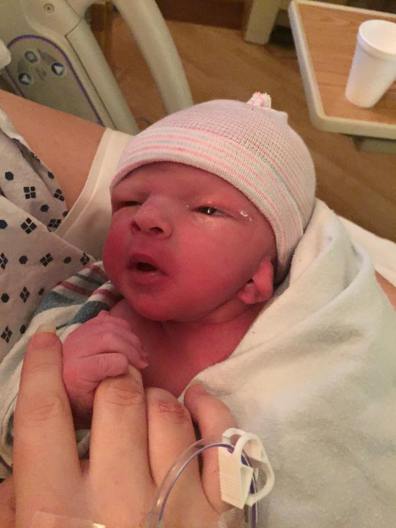 But as shocking as they were, the ear and facial structure concerns would soon become the least of the Ayers family's concerns. Within days of Jaxson's birth, they learned that he also had a few congenital heart defects (CHD), including a circumflex aorta and a vascular ring.

“It was a blow to the gut,” Mike Ayers said. “I couldn’t breathe. We were in shock.”

But the diagnoses weren’t over yet. As time went on, the list of Jaxson’s afflictions grew to include congenital hearing loss in both ears. He will always be deaf, Mike explained.

Devastated by their baby boy’s conditions and the news that his life would never be “normal,” Mike and Kristin pressed the doctors at Children’s National Medical Center in Washington, D.C., for answers, determined to learn all they could about Jaxson’s multiple disorders and what could be done to treat them. They also sought an answer for the biggest question of all — Why?

Why Jaxson, when he has three half-sisters and one full-blooded sister, all of whom were born perfectly healthy? 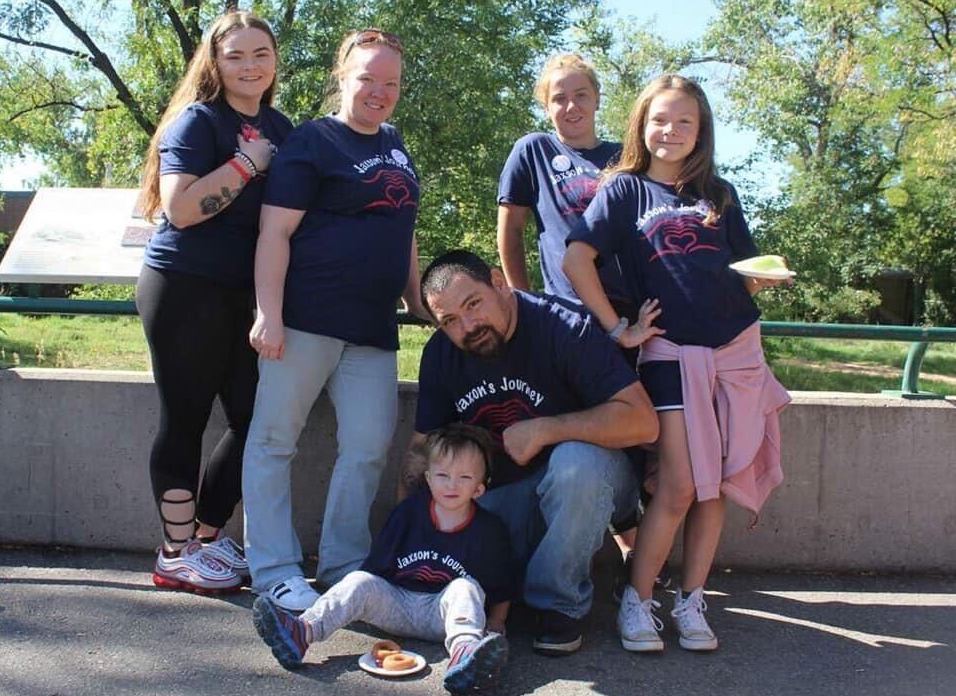 Mike and Kristin Ayers, with four of their (then five) children.

The doctors explained that Jaxson’s conditions were hereditary and that to fully understand what they were up against, they would need to analyze the couple’s family medical history. Kristin provided her family’s history easily, and everything on her side looked normal.

But when Mike approached his parents, they dropped a bombshell: Mike was adopted. And unfortunately, all of his adoption records had been lost.

Over the past four-and-a-half years, Jaxson has undergone two heart surgeries (one of which was for the circumflex aorta) and one surgery to fix a deformity in his ear. But the doctors’ hands are tied, Mike said, because they can’t see the full picture of what they’re dealing with. Until they get more information, they can only react to Jaxson’s health concerns as they arise, instead of taking a more proactive approach.

The Search for Mike's Birth Family

Mike’s adopted parents were able to tell him a few things: He was born in Honolulu, Hawaii, at Tripler Army Hospital, on July 20, 1980. His parents, Michael Ayers (a Marine) and wife Tamou, adopted him when he was just three days old. They said his biological mother identified herself as a Filipino and was allegedly named Maria Mercedes. She was supposedly married to a man in the military, but had become pregnant by another man.

We originally published a version of this article in 2018, and thanks to readers' responses (paired with DNA matching), his birth father was identified and located in Washington state. Mike reached out and explained the situation, but his birth father has never responded. It's Mike's assumption that the man does not want to be involved.

In addition to the concerns about Jaxson’s genetic disorders, Mike himself was diagnosed with liposarcoma in May 2017, a rare cancer that shows up in the fat cells within deep soft tissue. He underwent two surgeries on his leg to remove the cancer, and his prognosis is positive. But since some experts say liposarcoma could be genetic, it’s just one more thing Mike would like answers for.

And so, the mystery into his family history deepens.

In the meantime, Jaxson is an active and happy preschooler, despite his disabilities. He wears a hearing aid, giving him limited audial help, and he’s learned sign language. 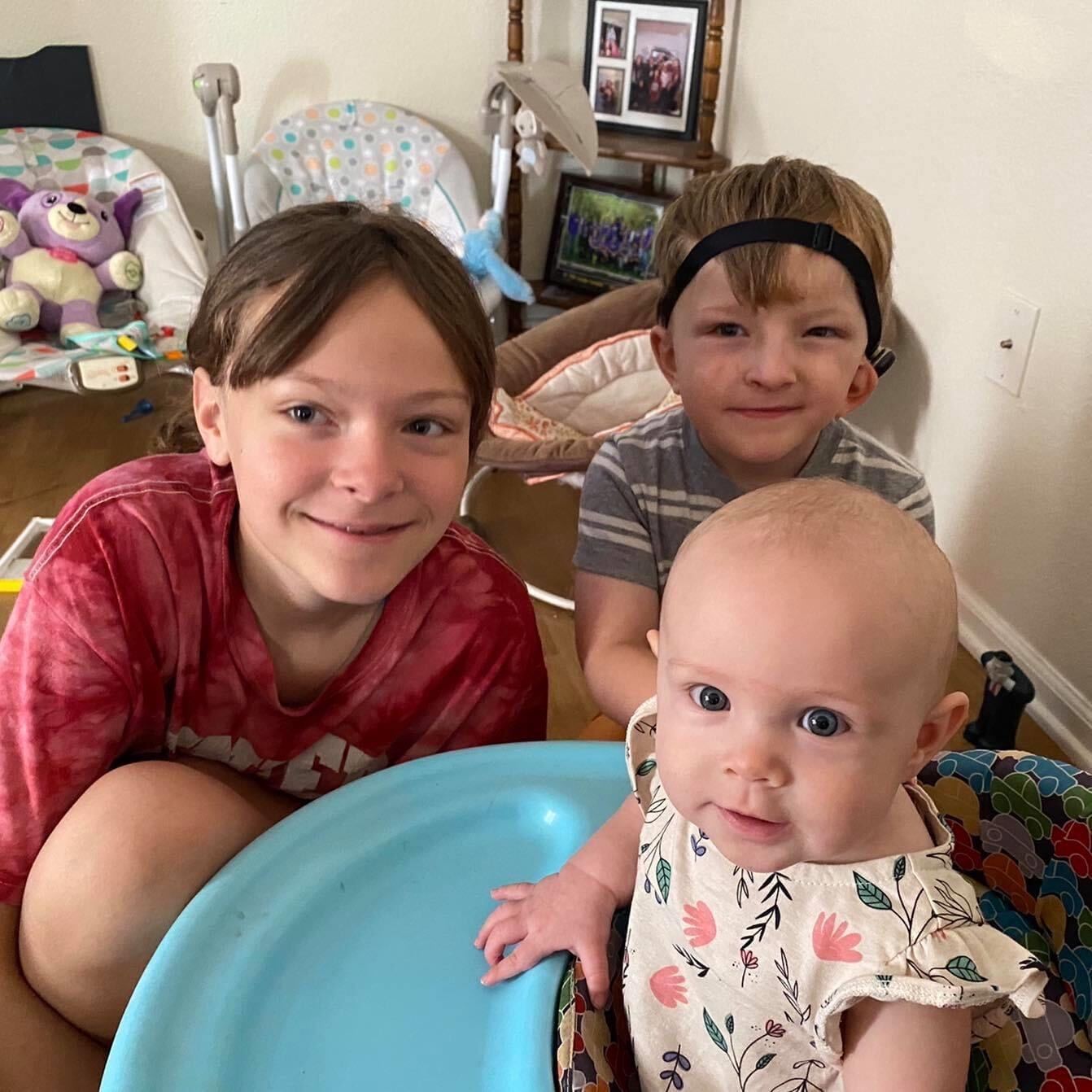 Though Mike and Kristin live with the knowledge (and fear) that there could be more unknown diagnoses around every corner, they are thankful for the blessing of Jaxson in their lives and what an inspiration he’s been to them and others.

“He has pulled this family as close as we will ever be,” Mike said. “He is showing us that even with the issues he was born with, he can still be just as happy as a perfectly healthy baby. Our family has learned that no matter what we’re facing, we can still love each other and be happy.”

The family moved to Colorado in fall 2017 so Jaxson could receive treatment at Children’s Hospital Colorado. They now make their home in Aurora and have since added another child to the family—a daughter named Kendyl, born in February 2020.

Though MRI scans revealed that Jaxson's main aorta artery is slowly narrowing, Mike and Kristin are committed to keeping an eye on it, but also to letting Jaxson have some time and space to grow until surgery is absolutely necessary. If they can find answers about Mike's family health history in the meantime, that would make future treatment much more productive and conducive to a positive long-term prognosis.

For now, the medicine he takes seems to be helping, and he has cardiology follow-up appointments every six months. The family is also active in the Children's Heart Foundation. 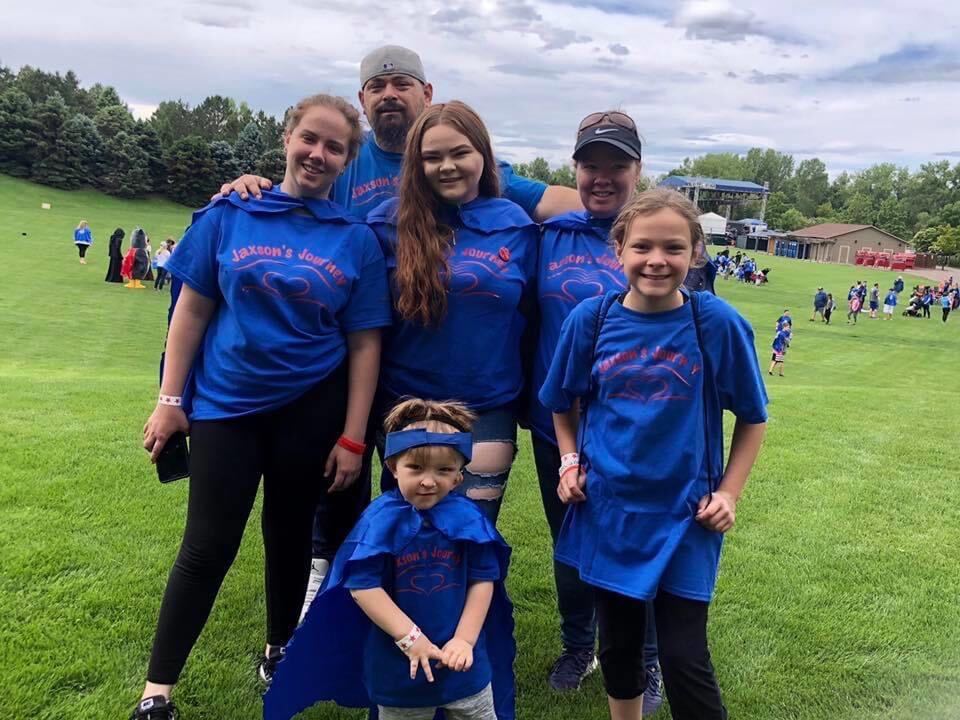 Mike and Kristin Ayers, with four of their (then five) children

You can follow Jaxson's story on Facebook at Jaxson’s Journey. If you think you can help him find answers regarding his birth mom and background, Mike Ayers can be reached at ayersmj2019@gmail.com.

If you’d like to help Mike Ayers find his birth mother, please share this article. His hope is that someday, somewhere, it will reach the right person — and that Jaxson will have hope. Until then, they wait.