Meet One of the Creative Minds Behind 'Hexaquest', a Brand-New Trivia Board Game Launching on Kickstarter

Meet One of the Creative Minds Behind 'Hexaquest', a Brand-New Trivia Board Game Launching on Kickstarter

Prepare for "Hexaquest" to become your new favorite trivia game.

Meet Martin Soederhamn, founder of Tumbling Heads. Tumbling Heads, a board game development company, is preparing for the upcoming Kickstarter launch of its new trivia board game, Hexaquest. Check out our interview with Martin below to learn more about how Hexaquest came to be, his hopes for the future of the game, and so much more. 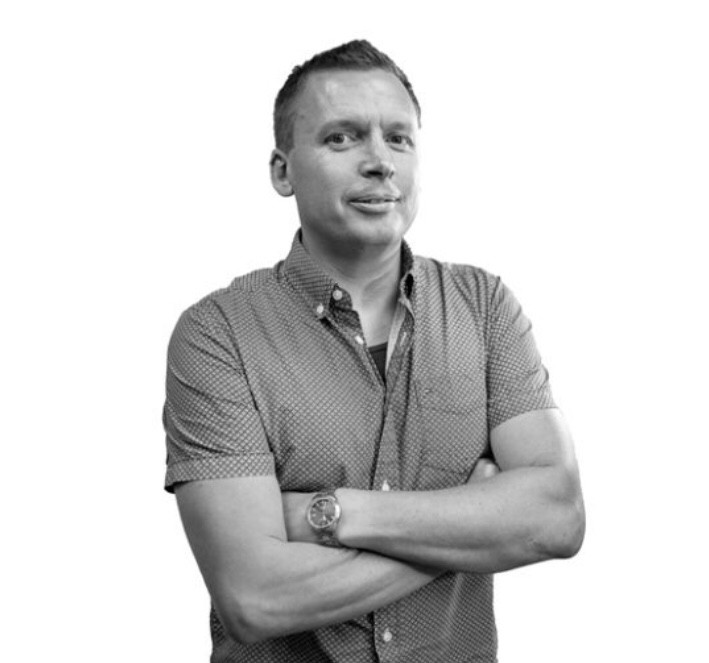 Let me start by asking you, what is Tumbling Heads?

Tumbling Heads was originally founded way back in 2011 as an iOS app development company. We released a couple of games on that platform but learned that our true passion was more in the development of physical games. Today, our sole focus is on board game development, and we’re currently in the final stages of production of Hexaquest. It’s currently just two of us, myself and my business partner, Dylan.

When did Dylan come into the picture, and how did you guys meet?

Dylan served in the U.S. Air Force along with a previous roommate of ours, and Dylan moved in when he moved out. We became really close friends and although we have dramatically different personalities, we share a lot of the same passions. He showed a lot of interest in Hexaquest and it became apparent that, as a team, we would really be able to make an impact. Dylan has an incredible sense of organization from his time in the Air Force, as well as from having worked as an area manager at Amazon. That experience has been really useful in helping us to set up Tumbling Heads for a sustainable, long-term future. 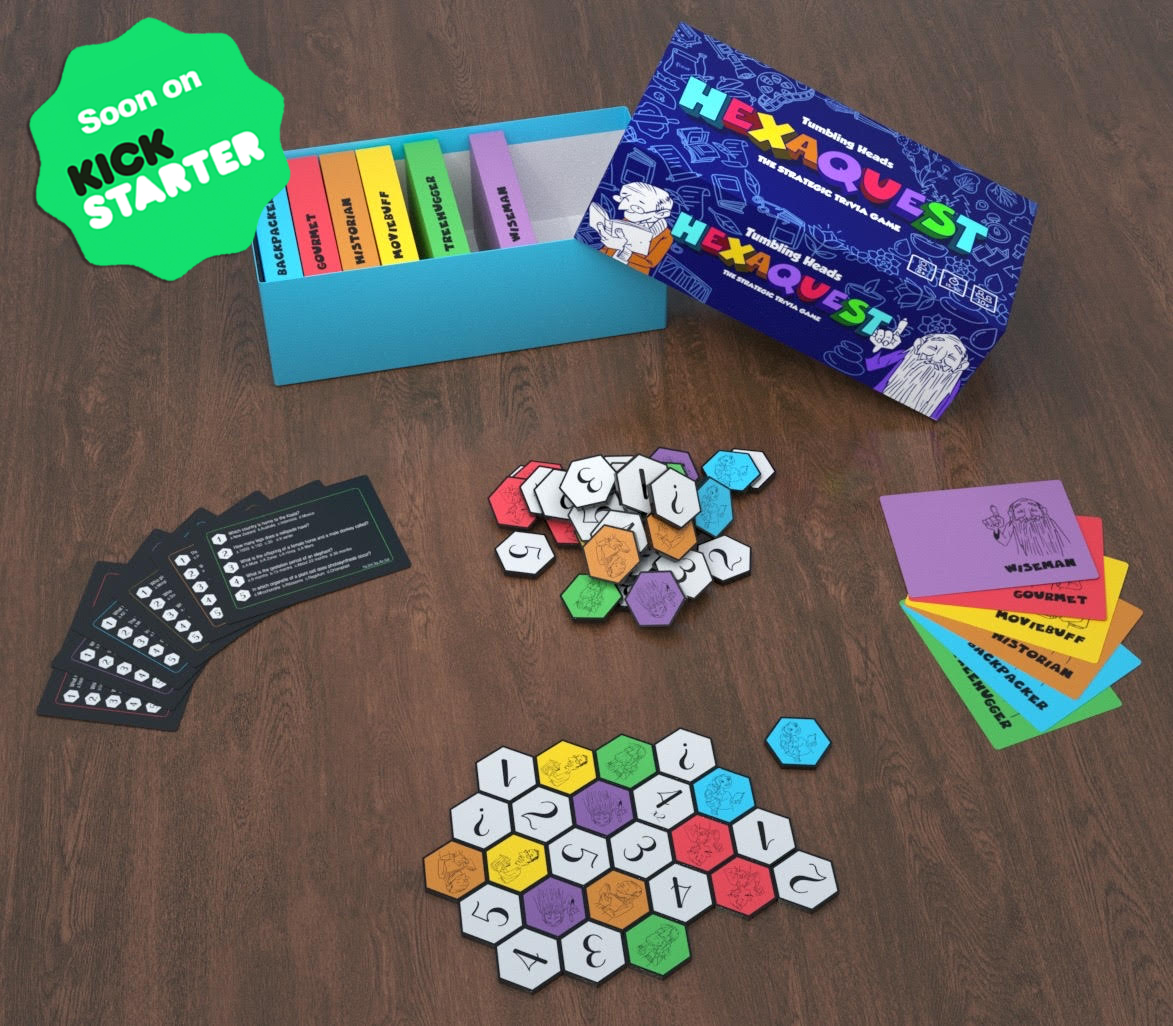 What can you tell me about Hexaquest?

Hexaquest, in its basic form, is a trivia board game with six fun categories. It comes with 60 hexagons that form the playing board, as well as 300 cards with a total of 1500 questions.

When did you start working on it?

You know, it’s a bit of a crazy story. I actually came up with the idea 15 years ago as I was sitting playing Trivial Pursuit in Thailand, where I was working as a scuba diving instructor. The idea stuck with me and I started chipping away at the logistical challenges. Sometimes, I would hit roadblocks that would put the project on pause, but I always knew that Hexaquest would get its chance one day. Now, 15 years later, that day is getting mighty close. We’re beyond excited about how the game is looking and feeling at this point. Although the concept has remained the same at its core, every element of the game is far superior to what I dreamt of in the past.

What do you think sets Hexaquest apart from other trivia games?

Well, it’s partly in the name. It’s called Hexaquest –The Strategic Trivia Game. In the past, I’d always been frustrated with how other trivia games were set up. You never seemed to have much control over the gaming experience, and that’s something I wanted to change. I wanted to get rid of the dice, get rid of the board, reduce the randomness of difficulty, and introduce strategic elements, while, at the same time, offering players a variety of ways to customize how they play. I’m proud to say that I managed to design a game that does all of that and then some. You can choose which categories you like and ignore the ones you don’t. If you only want to play with the "Backpacker" and "Gourmet" categories, go for it. It’s your game to play as you like. You can add expansion packs with new fun categories that can be played standalone or added to the main game. You can have as many players as you want and players can even join in the middle of a game. You have control of either how hard questions will be or which category they’ll be in. And these are just some of the core aspects of Hexaquest that I think make it unique and ensures its longevity.

What were some of your favorite games growing up?

As a kid, I was always hoping for board games when my birthday or Christmas came around. It would usually be a family friend showing up with a board game, but never necessarily the ones that I wanted. You can only play so much Monopoly, right? Even early on, I gravitated towards deeper, strategic experiences, and I remember really enjoying games that had a bit more depth. I remember one of my favorite games being Scotland Yard, a classic game of cat and mouse where you try to expose criminals in London through strategic thinking. Thirty-five years later, Scotland Yard is still around, so I guess that’s a testament to how good of a game it is. I actually just picked one up at a yard sale, so that should be fun to revisit.

And how about now?

The world of board games has changed in so many incredible ways in the last couple of decades. There are so many clever games out there that really push the boundaries for what a board game can be. I still definitely like getting deep and nerdy with games like Terraforming Mars and Star Wars Rebellion. They easily end up taking the better part of a day to play though, which is why I often steer towards the “gateway” games that offer a bit more of a relaxed experience. As a game designer, I believe that it’s much harder to make a simple yet strategic game than a deeply complex one. I have a few more ideas up my sleeve for the future and they all follow that same train of thought. We’ll always aim for truly innovative ideas that are sure to rock the board game industry a little.

Where are you currently in the production process?

We’ve been taking our time polishing the game, playtesting, and ensuring that every little aspect is 100-percent ready—and today, it is. The preproduction process is complete and our manufacturer is ready to hit the button, so to speak, as soon as we give the go-ahead. We’re partnering with Panda Game Manufacturing, which is one of the absolute best manufacturers in the industry. The production quality has always been paramount to me, and honestly, it's one of the reasons that it’s taken such a long time to dial in how to produce it to the level of quality that I wanted. I want Hexaquest to be something that people want to show off to their friends and family, and in the case of the Founders Edition, hopefully, something that will be passed on for generations to come. 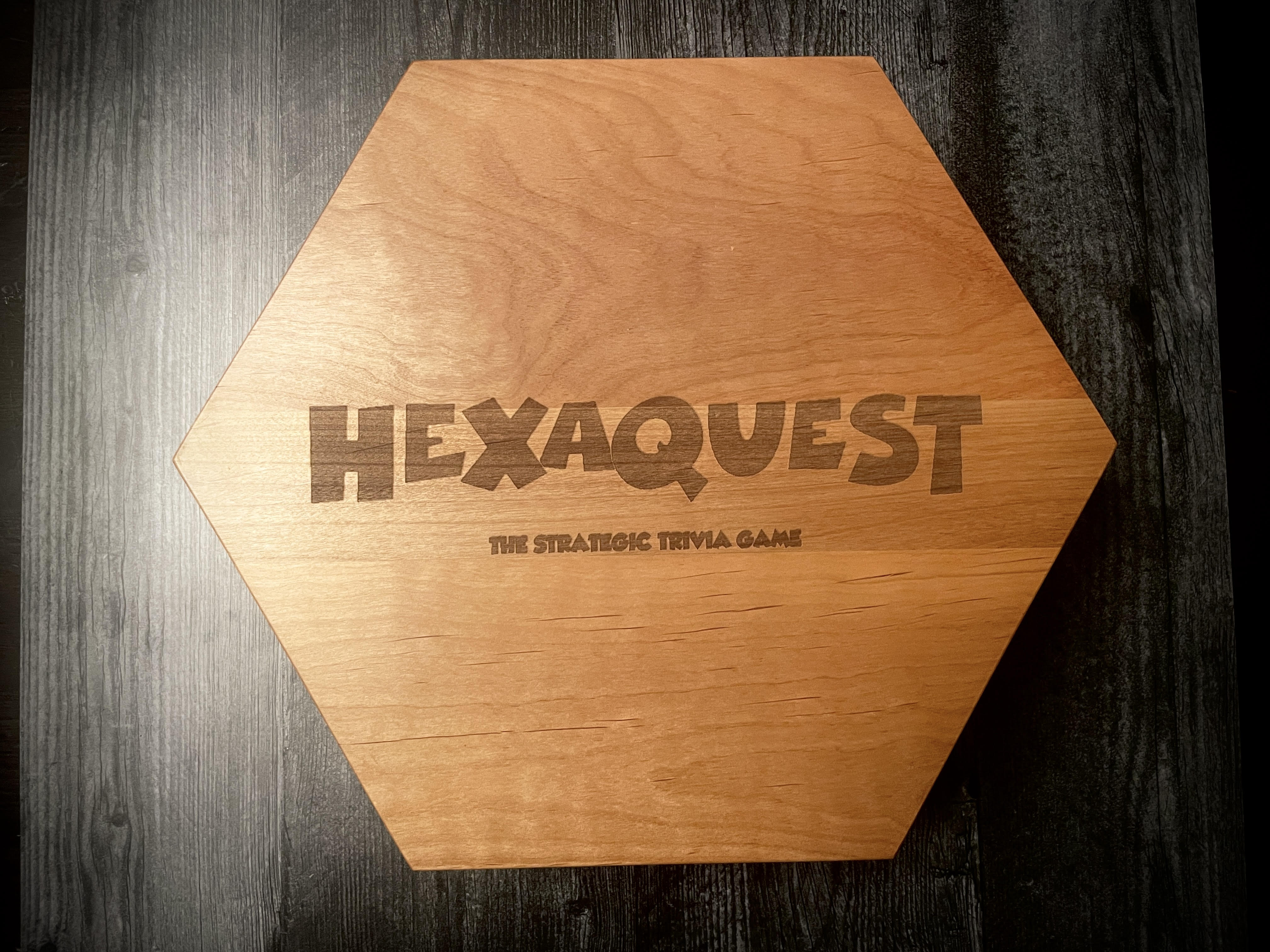 Can you tell me a little bit about the Founders Edition?

Yes, absolutely! The limited Founders Edition is a token of appreciation for the Kickstarter backers. I wanted to offer a true collector’s item; the ultimate version of Hexaquest. It comes in a beautiful, custom wooden box with a slick neoprene insert that holds the full base game, as well as six expansion packs. The production is limited to just 80 copies, with 75 of those being made available to the public. When we had the first final version of the box, it almost brought me to tears. It’s really something to behold and I have a feeling that fans will be all over it once the Kickstarter gets rolling. First come, first serve!

And how do you see Hexaquest evolving in the future?

Well, of course, in the near future I’d love to see a successful Kickstarter campaign. We’ve worked extremely hard on setting up a campaign that’s really attractive to backers. We have some really cool stuff up our sleeves as the campaign moves along and with a bit of success, we’ll even start unlocking expansion packs.

Looking a bit further, I see—and always have seen—great potential for the evolution of Hexaquest, not just as a singular game, but as an entire ecosystem that allows people to customize their trivia experience to their liking. I’d like to see a huge variety of expansion packs, getting into the real nitty-gritty and exploring more and more niche subjects, making sure that there’s something for everyone! A good example of that would be the "Conductor" category, which caters to the classical music lover. To me, this category would be nearly impossible to do well at, but for others, it might be a breeze. I personally love the "Backpacker" category. I’m quite good at it as a result of having traveled extensively with my wife, Amy, filming documentaries for our YouTube channel, Adventure Calls.

We have some pretty wild and exciting plans for the future of Hexaquest, some of which we aren’t quite ready to discuss just yet. Trust me, we’re far from done—even after a successful Kickstarter campaign. Translation/localization will eventually be pursued, and we’re also working on offering customized expansion packs for businesses, among other things. I’m hopeful that people will believe in us and support us, and we ensure that we’ll continue to bring fresh and fun entertainment your way!

Speaking of supporting you, how can people get involved?

We’re currently a couple of months away from launching our Kickstarter campaign. The best way to support us right now, and to really get a good feel for what will be offered during the campaign, is to sign up for our newsletter. And make sure to check out our Instagram (@hexaquest) where we do daily quizzes, giveaways, and other fun stuff. So far, the response has been extremely encouraging and we’re having a lot of fun building our community!

What do you think of Hexaquest? Will this become your new favorite board game? Sound off in the comments below.