Movie Review: 'How to Train Your Dragon: A Hidden World'

Movie Review: 'How to Train Your Dragon: A Hidden World'

"How to Train Your Dragon: A Hidden World" is a perfect conclusion to the saga. You need to see this next installment.

The movie series shines a light on the importance of acceptance, all through the lens of a unique, adventurous friendship between a man and a dragon. The films are entertaining with incredible special effects and compelling storylines (the music is amazing, too) -- that's what I love most about them.

I was surprised when I found out that they were making a third movie to round out the series. After all, what more was there to say? The conclusion of the second film had been quite satisfying, in my opinion. Nevertheless, here we are!

There was a lot of humor in the film (like, an unusually large amount), but I didn't feel that it was misplaced. For instance, the scene between Toothless and the Light Fury had me rolling around in my seat -- such a hysterically beautiful and relatable moment.

Courtesy of "How to Train Your Dragon: A Hidden World"

Not much. The storyline felt a little messy at first, leaving me confused for the first 10 minutes of the film, but other than that, it was an amazing adventure.

There were so many relatable plot points, such as the awkward dating phase, the annoying friend, adult responsibilities (Hiccup as chief, specifically), and growing relationships. Hiccup and Astrid have been together for 10 years; so where does that leave them? Hiccup is now chief of the village, and he needs a chiefess to rule along with him.

What I loved the most, however, was the movie's desire to point the finger at acceptance and the reality of growing up -- we can't be kids forever. As we grow, things change -- Hiccup and Toothless had to learn that they were as strong apart as they were together.

There were plenty of not-so-subtle hints and clues about the friendship between Hiccup and Toothless. As we saw in the previous films, they made each other stronger. Just look at these two! 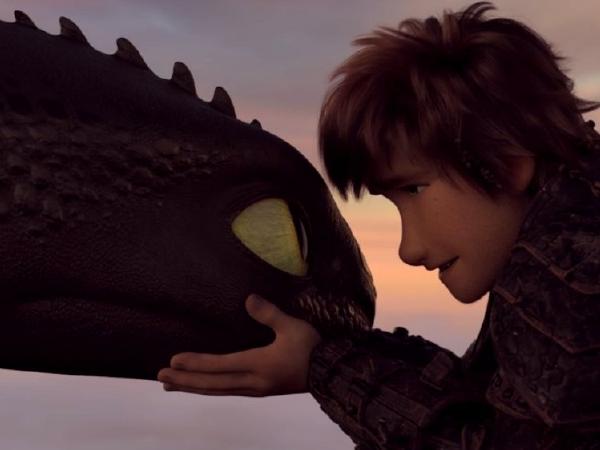 The storyline flowed smoothly throughout the film, hitting every emotion along the way, plus It was simple and easy to follow -- something viewers always look for in a successful film. The thrilling adventure started as another battle against the villain but successfully rolled in other life lessons, making it more than just a typical hero movie.

Just wait until you see the hidden world -- it's amazing!

Overall, this series has never disappointed, and the third installment of How to Train Your Dragon exceeded my expectations. Just a warning, though -- the ending will take you through a whole rollercoaster of emotions, ultimately leaving you satisfied. The conclusion was epic and well-written, summing up the story beautifully.

I give this film an A+. I recommend that everyone go see it when it comes out on February 22!

Are you excited for the third movie?  Did you expect them to make a third one? Let us know in the comments below.

What are you watching on Netflix right now? Here's everything that came to Netflix in February!