White House staffers usually have a mere six hours to move the previous president out and move the new president in. But this year will be a little different.

One of the most fascinating aspects of Inauguration Day is the coordinated, well-choreographed effort of the big White House move—all while the pomp and circumstance is happening at the Capitol building just a few blocks away. Historically, from the moment the outgoing president steps out of the White House to the moment the newly sworn-in president steps in, approximately five or six hours will pass—but a full transformation will have taken place.

In what is a meticulously “military precision operation” (as insiders have described it), the White House will undergo a full makeover.

First of all, for security reasons, only White House staffers are permitted to touch the new president's belongings. Yes, they'll miss their boss's swearing-in, but it's all hands on deck in order to pull off Moving Day at the most famous house in America. 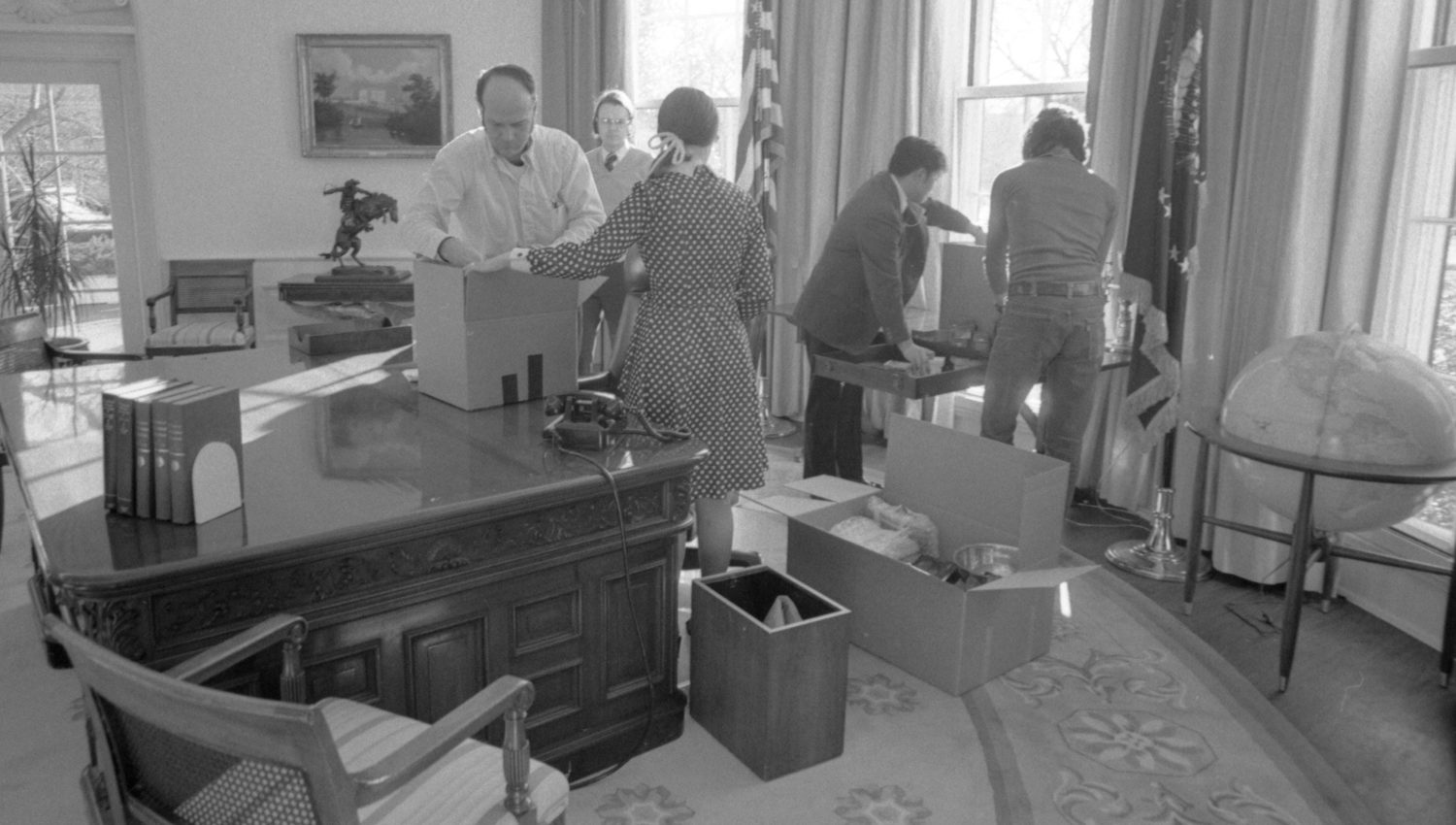 The staffers must work quickly, too; they're not allowed to start moving the new president's belongings in until 12 p.m., the moment he takes the oath of office. Then, simultaneously, any remaining belongings of the exiting president will be moved out while the new president's boxes are moved in and unpacked. And in addition to all the moving commotion, the house will get new carpet and curtains where needed and new furniture and interior decor, all to the incoming president's tastes. Mattresses will be changed out, too—We don't need the leader of the free world sleeping with a crick in his neck, after all! By the time the new first family arrives, everything will be unpacked and the abode ready for the president to hit the ground running.

And it's not just the White House personal residence. The Oval Office and all the administrative offices will receive a hard-earned refresh, too.

Of course, as time goes on, the first family is able to make additional decor choices or changes, as well as make special requests. But the primary changes will take place swiftly, efficiently, and near-perfectly on January 20, while everyone's away at the ceremony.

"The White House is a living museum, steeped in great history," says Anita McBride, who served as chief of staff to First Lady Laura Bush. "But it is constantly evolving, and every new first family that comes in gets to put their own imprint on it."

How Moving Day 2021 Will Be Different

This year, because of the COVID-19 outbreak, President-Elect Joe Biden has reportedly requested a massive "scrub-down" of the 55,000-square-foot building in addition to the usual cleaning and repairs that traditionally take place during the six-hour window. According to NBC, cleaning contract amounts include $127,249 for the "2021 Inaugural Cleaning," $44,038 for carpet cleaning, $29,523 for curtain cleaning, and $115,363 for "2021 Presidential Inauguration and Transition Carpet Replacement and Installation to correct the current floor condition of selected interior floors for various offices."

Also, because of recent events, President Trump announced plans to break the tradition of attending the Inauguration Day ceremony, instead choosing to leave Washington, D.C., the day before. This will give staffers and contractors almost a full extra day to complete the deep-clean before the Bidens take residence. There may even be time for fresh coats of paint.

This video was made a few years ago during the Obama/Trump transition, but it explains the transition process in great detail:

Want more on this fascinating subject? There's an excellent Discovery documentary called Flipping the White House, available for streaming here. It's really well-done, and I highly recommend it!

There's something so amazing about the peaceful transfer of power. No matter where each of us falls on the political spectrum, I think (hope!) we can all appreciate how special and unique the White House Moving Day process is.

What do you think? Are you a mover or interior contractor by trade? Are you amazed at the precision with which the White House Moving Day goes down? Tell us in the comments!