Hasbro Pulse has announced the release of a new version of Monopoly that takes players on a creative journey through the many works of Bob Ross, as they move around the board trading, buying, and selling classic artworks from The Joy of Painting.

The goal of this game is not to bankrupt everyone else by scooping up all their hard-earned real estate, and cause a family fight that lasts three days; instead, this game promises to be “the most peaceful edition of Monopoly you’ve ever seen.” 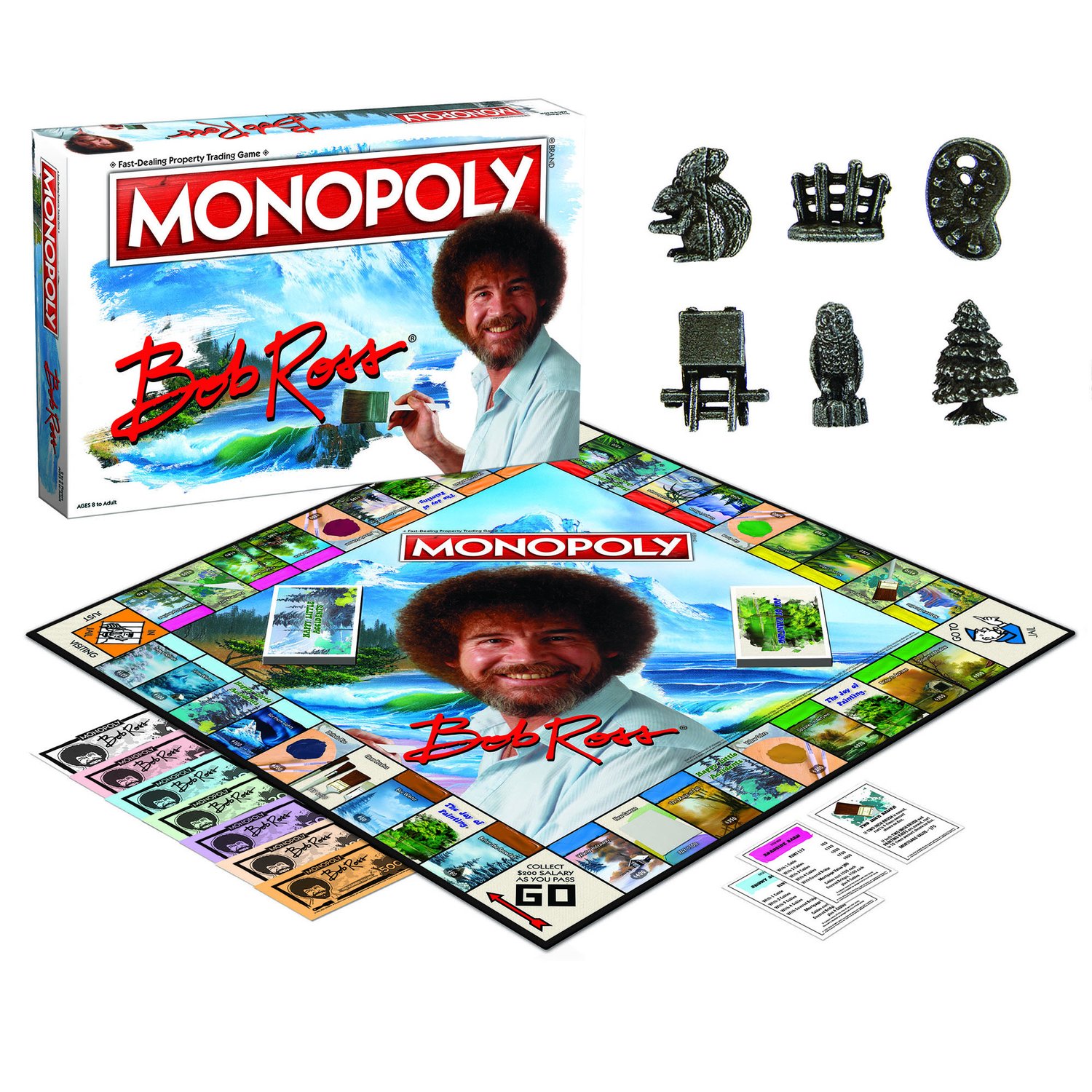 The game is available for pre-order through the Hasbro Pulse website and costs $39.99. Pre-orders will ship mid-September.

Ross was the creator and host of The Joy of Painting, an instructional television show that guided countless amateur and budding artists through the process of creating a painting. The show aired on PBS from 1983 until 1994, and Ross painted thousands of artworks for the show. The show has aired for years in reruns and shot to internet fame years after Ross’s death in 1995. He has become an icon of pop culture, is the subject of hundreds of memes, and has had his image or likeness used in several shows.

Ross painted three versions of every painting he did for the show, one beforehand to reference, one during the taping, and one afterward to be used for instruction booklets. His paintings are rarely sold—in fact, most of the ones from the show are stored in a warehouse in Virginia. Some of his paintings are on display at the Bob Ross Art Workshop & Gallery on New Smyrna Beach, Florida, and the Smithsonian National Museum of American History has acquired a handful that they plan to preserve, along with a stepladder that was used as an easel and two of Ross’s handwritten journals.

The Bob Ross-themed Monopoly game promises to be a fun twist on the classic game! What do you think? Leave a comment below.