The Maryland-born R&B singer rose to prominence in the '90s with hits like "Un-Break My Heart" and "Just Be a Man About It."

Anyone who grew up in the '80s or even the '90s knows Toni Braxton. With her sultry voice and heart-on-her-sleeve lyrics, she became the queen of heartbreak anthems. The singer has sold over 40 million records worldwide and continues to pursue acting and TV. Did you know she was born in Maryland? Find out more about the singer down below!

Toni Braxton was born in Severn, Maryland on October 7, 1967. She and her five younger siblings were raised in a religious household by Methodist parents. As a child, Braxton began singing in church on Sundays alongside her four sisters Traci, Towanda, Trina, and Tamar. She enrolled at Bowie State University to study teaching but decided to pursue singing for good after R&B hitmaker Bill Pettaway overheard her voice.

The sisters formed a singing group called The Braxtons and were signed to Arista Records. They released the single "Good Life" in 1990 to little fanfare, yet Braxton's talent stood out to producer Kenneth "Babyface" Edmonds. After a stroke of luck appearing on the Boomerang (1992) soundtrack, she released her debut album Toni Braxton in 1993. It landed at No. 36 on the U.S. charts and sold over eight million copies, producing the hits "Another Sad Love Song" and "Breathe Again." At the VMA's that year, she won the coveted Best New Artist award. 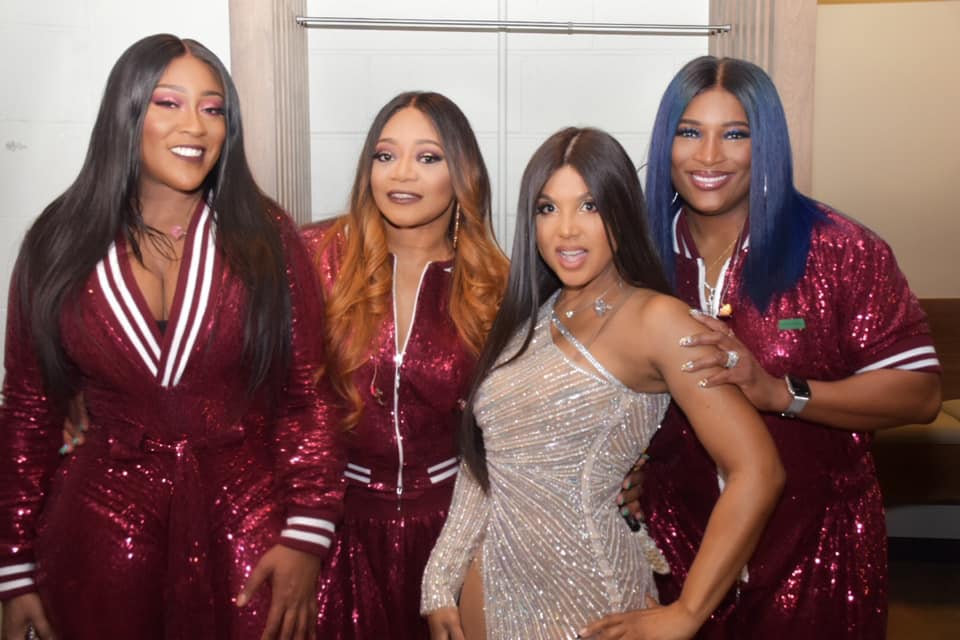 Her next album Secrets (1996) contained the hits "Un-Break My Heart" and "You're Makin Me High" and garnered two Grammy Awards. Yet financial struggles between her and her label began to take its toll, leaving Braxton to declare bankruptcy. She continued to release music into the 00's with The Heat, Snowflakes, and Libra, but they failed to match the initial commercial success of her early work.

In addition to singing, Braxton has also been an avid actress. Her role as Belle in the Broadway production of Beauty and the Beast made history as the first African American to play the character. She's starred in film and TV projects like Kingdom Come, Play'd: A Hip Hop Story, and Toni Braxton: Unbreak My Heart which premiered on the Lifetime network. Since 2011, her family has been the center of the reality show Braxton Family Values, showing Braxton and her younger sisters pursue their careers.

Braxton announced her retirement from music in 2013, but she returned in 2018 with the album Sex & Cigarettes. Currently, the singer is engaged to rapper Birdman and has two children from her marriage to her first husband Keri Lewis. Braxton has also been open about her health struggles, most notably the auto-immune illness lupus.

Do we have any Toni Braxton fans here? Tell us your favorite album/song in the comments—we would love to hear from you!