Power to the People: We Drove the All-New Jeep Gladiator and the Ram 2500 Power Wagon

Power to the People: We Drove the All-New Jeep Gladiator and the Ram 2500 Power Wagon

What do you choose? Gladiator Rubicon or Ram 2500 Power Wagon?

Trucks and the great outdoors go together like campfires and whiskey, which is why the all-new Jeep Gladiator and the Ram 2500 Power Wagon were built to do just that – go outdoors. Jeep claims that the all-new Gladiator is the most capable mid-size truck on the market, and from the looks of it, they're not wrong. Electronically disconnecting sway bars, electronically locking diffs, solid Dana axles, and skid plates are enough to convince me. Meanwhile, the Ram 2500 – also the most capable full-size pickup – is, without a doubt, the truck I'd choose if given one vehicle to survive a zombie apocalypse.

But what should you do when you have to convince your significant other that you're not just living out whatever Tonka-inspired fantasies you had as a kid and that you want one of these vehicles for their practicality? Drive them, preferably on a rather unremarkable road, in a very casual setting.

At least, that's exactly what I did, when Fiat Chrysler Automobiles (FCA) invited us out to Morrison drive them – because you already know they're going to get you and your gear back to your favorite backcountry campsite. Here's what I found: 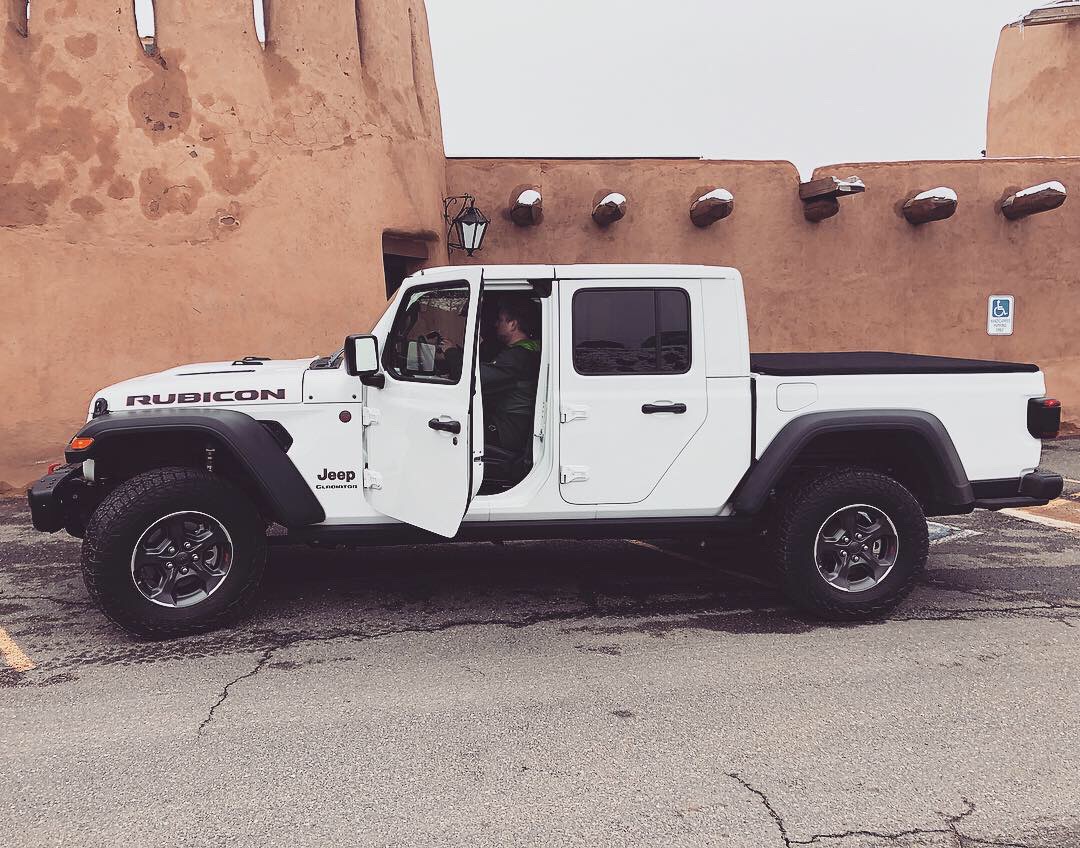 In the Jeep Gladiator Rubicon, the long wheel-base is your friend. While it definitely feels like a Jeep (e.g. vague, unresponsive steering, tendency to wander a little in the lane, a little bit of wind noise, and somewhat harsher ride you're used to in a crossover), it's very, very subdued – grown-up feeling even – which is exactly what you want. For lack of a better word, it actually feels like a truck, it feels like a Jeep, and if feels like it could really take a beating, yet it's polite enough on the road to take your mother out for brunch, or take your significant other to Home Depot to pick up gardening supplies without complaint.

The interior even feels solid and seems to tastefully straddle the line of rugged and lux – a truly impressive feat. 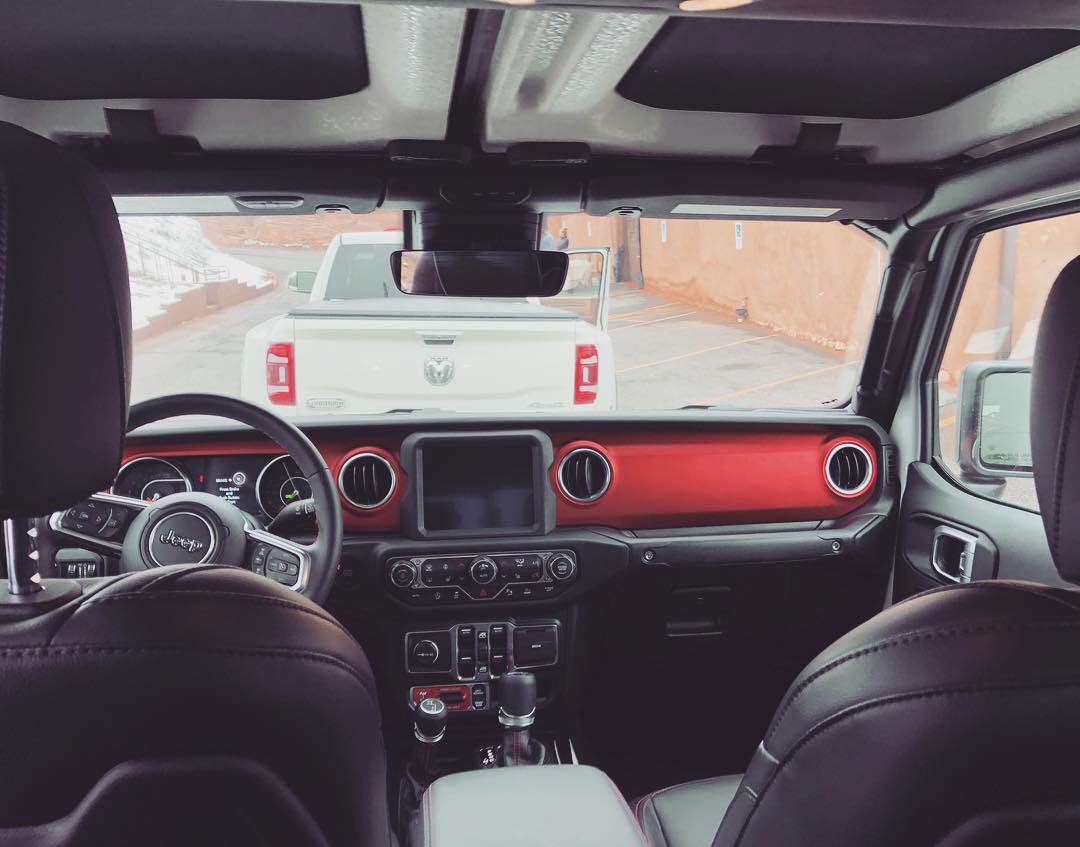 You can hear the engine, too. The 3.6L Pentastar V6 produces 285 horsepower and 260 lb-ft of torque, which doesn't do much in terms of throw-you-back-in-your-seat performance, especially up here at altitude, but it's definitely enough. This, after all, isn't a Porsche 911. However, you do have the option of a six-speed manual, which you can't get in the Porsche. Now, that's something you can tell your financial-planner brother-in-law.

As for the infotainment, the Apple CarPlay works just as it should, and the off-road camera on the front of the Jeep brilliantly displays the path ahead on the screen in the middle of the dash. Overall, some might argue that because of its Jeep-like character, it's less refined than some other trucks in its class, but I'd say that's not always a bad thing. I'll take live electric Blues over Bach any day, and this will undoubtedly be my next truck – of course, at $52,115, it'll be a while.

Wrangler with a bed still a little too avant-garde for you? Try the Ram 2500 Power Wagon.

The first thing you'll notice is its presence. I mean, look at it: 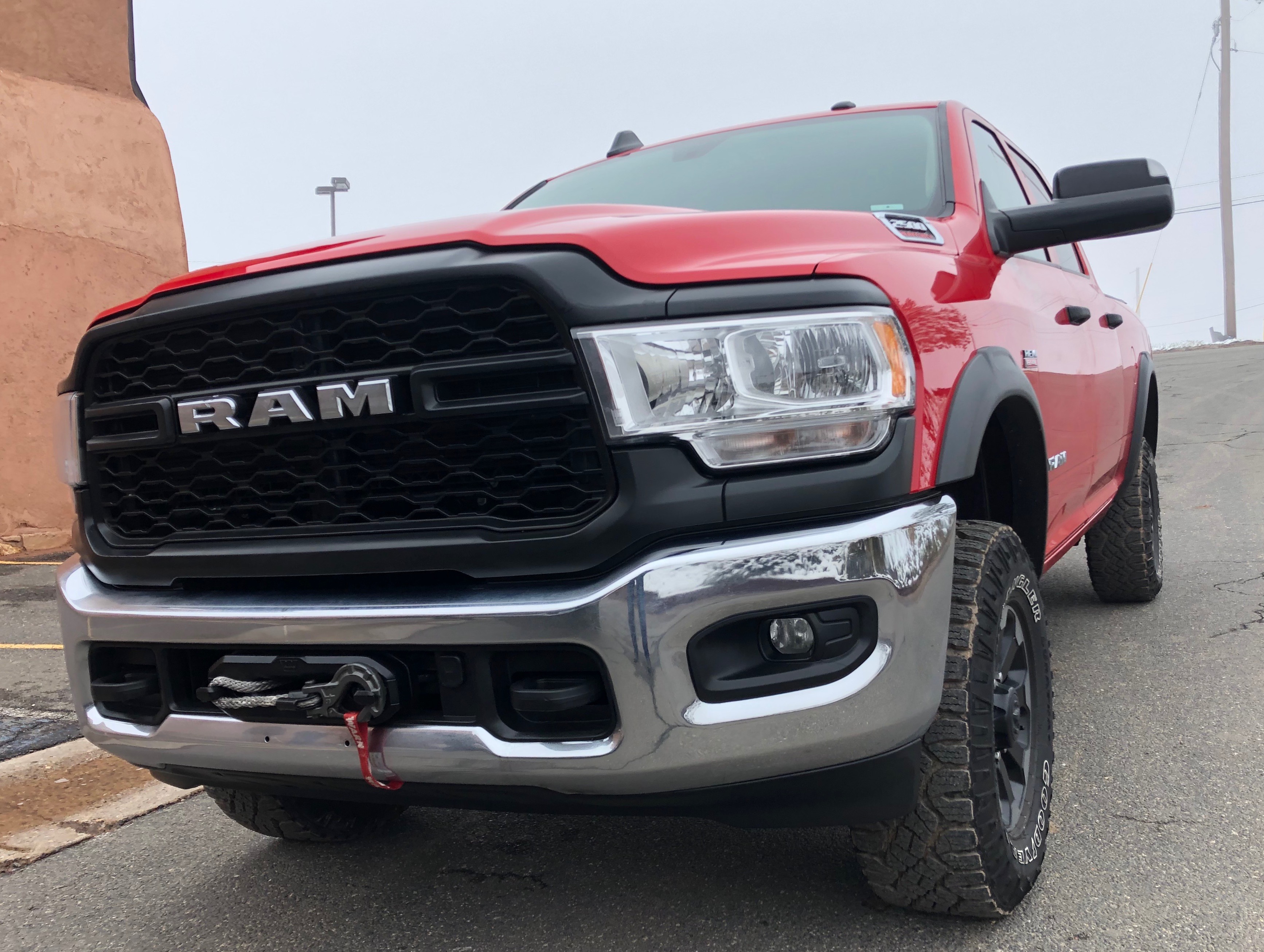 The ride height, the fender flares, the tires, and that Warn 12,000-lb winch all scream off-roader. It even has electronic lockers and an electronically disconnecting front sway bar, too. On the road, you'll know that you've got aggressive off-road shoes on but it's hardly an annoyance, and the ride is surprisingly compliant. The steering, as you might expect, is about as numb as a patient going into surgery – but it's a lifted truck built of the essence of WWII military vehicles – and for weighing over 7,000 lbs, it's really well-composed in the corners. So, I still tip my hat to the engineers behind this beast. 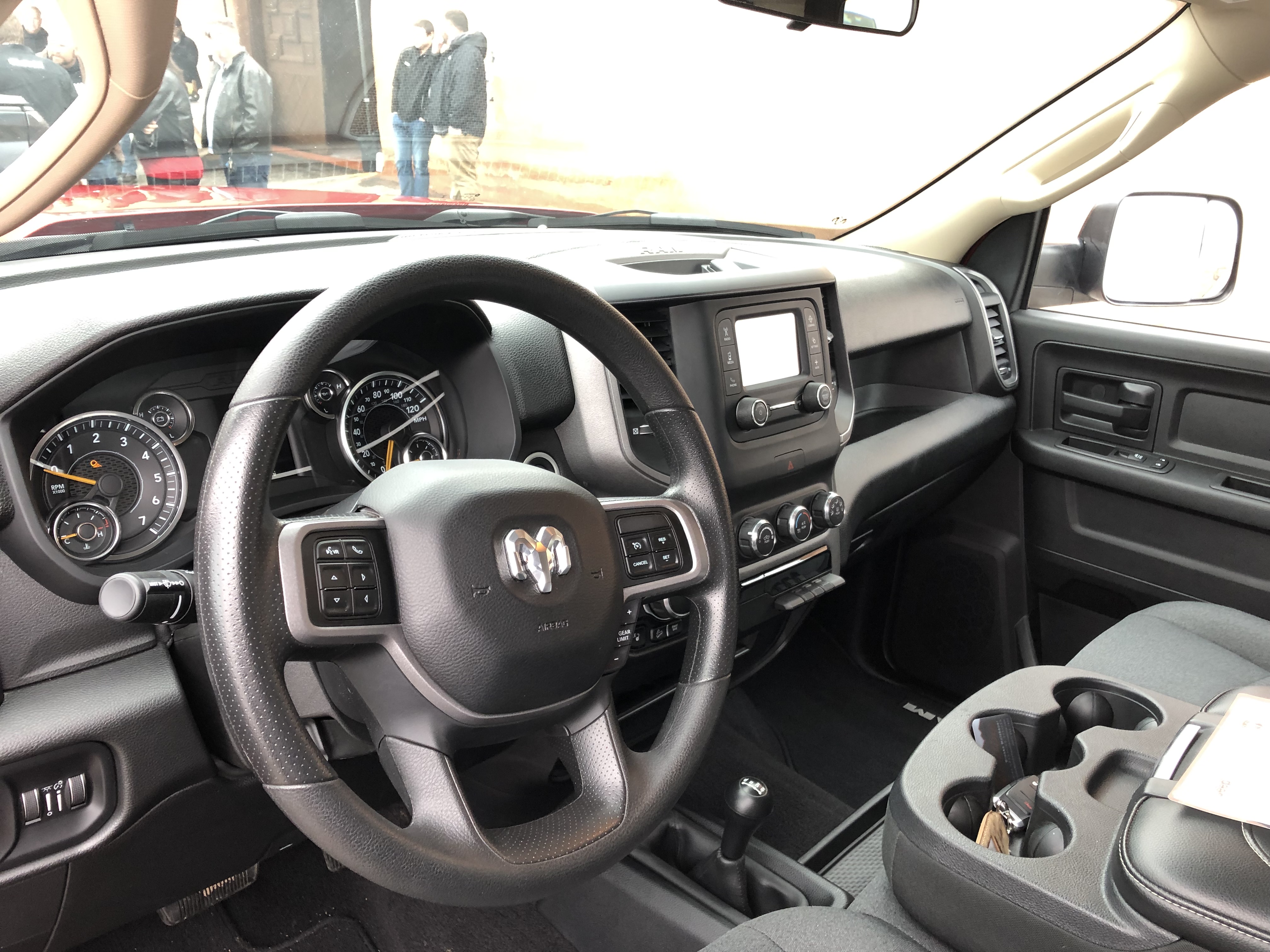 The interior, on the other hand, was fairly basic and plagued by plastic, but by no means was it insufferable. I would be perfectly content driving long distances, eating beef jerky, and drinking coffee all from the cab of this rig. Of course, if you'd like to have everything wrapped in leather, that exists in higher trims.

Where the Ram truly shines on the road, though, is in its powertrain. Call me old-fashioned, but that Hemi burble just can't be replaced by a smaller, turbocharged engine, and the eight-speed transmission is so suave that you're tempted to keep speeding up and slowing down just to bask in the smoothness of it all. Not to mention, just knowing what this truck is capable of will make you feel giddy while you're driving around.

In basic trim, the Ram 2500 Power Wagon starts at $53,100. Just make sure that you set aside a few extra bones for the dinosaur juice.

What are your thoughts? Do you like the new Gladiator or Ram 2500 Power Wagon? Why or why not? Let us know in the comments!