The most common issues included having trouble logging in, commenting on posts, updating statuses, and posting or sending photos via messenger.

While some people hardly noticed the social media outage, some frustrated users went so far as to call the police (who kindly asked people to stop calling in), and others took to Twitter -- which was still up and running -- to express their concerns and consult with others. As expected, people had a field day, and it became a trending hashtag on March 13.

Of course, when people started noticing, they headed straight to Twitter to check and see if it was really true!

I guess a lot of you are experiencing anxiety because #instagramdown & #facebookisdown, so you've joined us on twitter in your moment of terror.

Welcome to our cursed website! The terror never ends here! 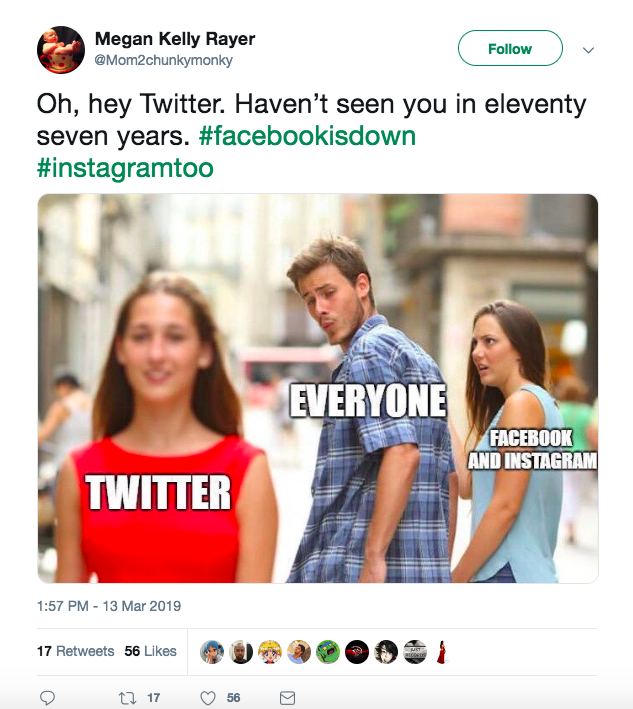 Some felt left out and alone.

Well this depressing.....#facebookisdown & I don't have a single Twitter follower 😭

Author Suzan Tisdale had people working together, offering suggestions that the outage was due to hackers, aliens, or the Illuminati.

LOL Hit me with your best conspiracy theory on why Facebook is down today! #writingcommmunity #FacebookIsDown

If Facebook and Instagram went down forever, would that give people more reason to talk to each other in person? or is that something only for my dreams? #facebookisdown #instagramdown

Instagram and Facebook are down, what are you doing now with your free time? 😂 #instagramdown #facebookisdown pic.twitter.com/FpmCoGoDjv

Well now that my fancy phone is worthless.... #facebookisdown pic.twitter.com/hMA2EJfcuo 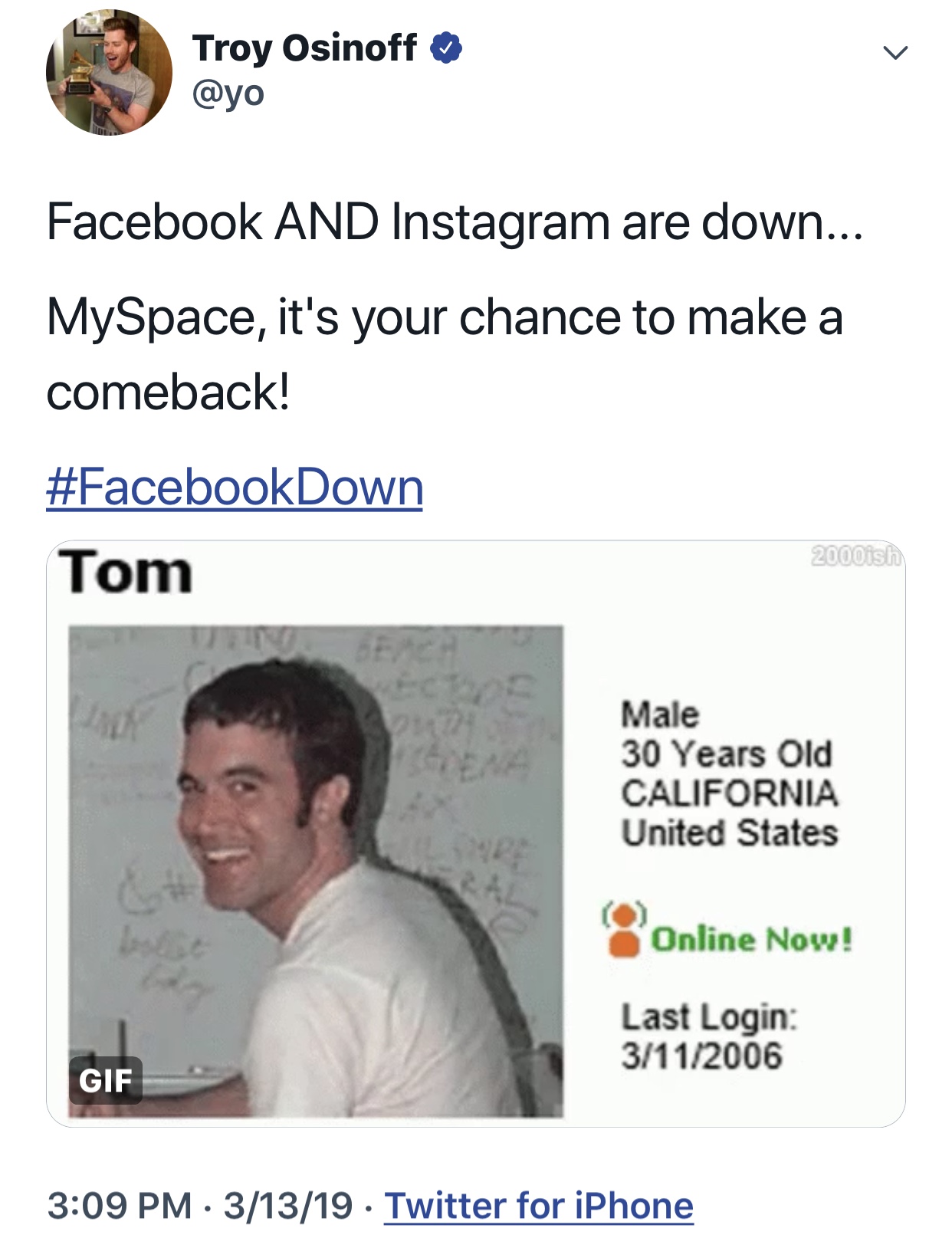 It seems that everyone had the same reaction ...

Did you experience an outage for the day? Was it working for you? Did we miss any of your favorite Tweets? Tell us your thoughts in the comments.

Here's our review of "Umbrella Academy"!

Podcast Review: This Bite-Sized Podcast Is Perfect for Bird Enthusiasts