The Audi A8 Is the Smartest Car in Existence

The Audi A8 Is the Smartest Car in Existence

The Audi A8 Flagship.

If you blink, you might miss the latest Audi A8 – the most discreet supercomputer on wheels. Just last year, Audi released the latest iteration of its flagship sedan in what appears to be an attempt to breathe new life into a segment that has been pulverized by crossovers. They're doing it in proper Audi fashion, too, meaning this thing has more gadgets and gizmos than the Space Shuttle, despite sporting a conservative, stealth-wealth design. But will it be enough?

For 2018, the Lexus LS garnered a staggering 127 percent jump in sales at 9,302 units, meanwhile, Mercedes sold 14,978 S-Classes. Perhaps there is hope for the sedan after all, and Audi might just be able to win over the hearts and minds of discerning luxury car buyers with its smarts. After all, it's 2019 -- we're all a little more comfortable with technology, some even desire it, and that could mean the Audi A8 could gain quattro-like traction. 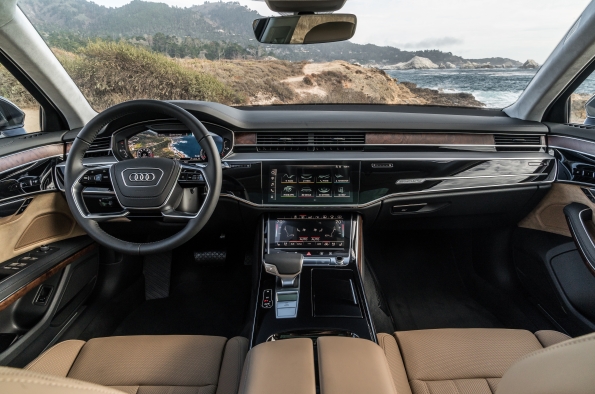 At the very least, it sends a harrowing message to other automakers "looking to the future," because this thing is terrifyingly intelligent. Just look at this video YOUCAR published that covers some of the executive Audi's most notable traits:

Audi says that the A8 is supposed to provide its passengers with a sense of ceremony while providing usable technology that's seamlessly integrated throughout. And with options like 22-way heated/ventilated Valcona leather seats with massagers, a heated steering wheel, dual-pane acoustic glass, and a driver's assistance package that can almost drive you to the golf course and back, I'm inclined to believe them.

I just hope this car gives us an excuse to keep writing about sedans.

What are your thoughts? Do you have a new A8? If so, how is it? Let us know in the comments below!

Did you know that these 4 places are the most haunted places in New Jersey?