And while we may be a little confused -- and concerned about whether they get each other mixed up or not -- they’ve described the whole experience as a “double fairytale.” So, we’ll be happy for them.

Identical twins Briana and Brittany (of Virginia) married identical twins Josh and Jeremy (of Hagerstown, Maryland) in a joint ceremony at the 2018 Twins Day Festival in Twinsburg, Ohio, this past Saturday. The locale is of special significance to the couples, as the twin-themed festival is where they first met each other a year ago.

Sure, twins have a special bond -- no one is denying that. But Briana and Britney have always enjoyed dressing the same, doing the same things for fun, and now, planning their wedding together.

In fact, the girls have dreamt of marrying identical twins since they were small children.

According to People Magazine, Brittany says,

“’We knew that the chances were incredibly scarce. The stars had to align for our dreams to come true. I get to marry the man of my dreams and at the same time I get to look over next to me and see my twin sister marrying the man of her dreams.’”

Josh and Jeremy seemed to also have similar dreams as “the sisters say that their new husbands had long vowed to never marry unless they fell in love with identical twin sisters.”

And if all of that is just a tad crazy to you, it gets better.

Both sets of married couples are planning to live together and raise their children together. Yes.

“’When we have children, my and Josh’s children will be genetic siblings to Briana and Jeremy’s children," Brittany explained to People. "Even though they’re cousins, they’re technically genetic siblings. We imagine it will be like two moms and two dads all raising our families together.’” 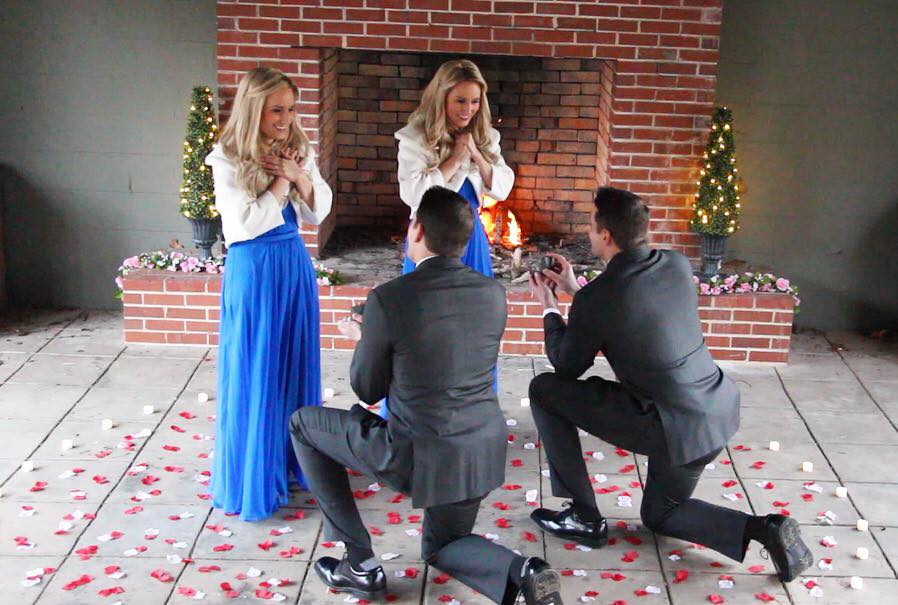 And if your curiosity is incredibly piqued, you’ll be able to learn more about these sets of twins in a TLC special that will air in 2019, which will take an in-depth look at not only their wedding, but also their life together and their road to marriage.

What do you think about this twins marrying twins thing? Continue the conversation in the comments below!