Turns Out Colorado Isn't a Perfect Rectangle. It's a Hexahectaenneacontakaiheptagon

Turns Out Colorado Isn't a Perfect Rectangle. It's a Hexahectaenneacontakaiheptagon

Map of the USA.
Becky Talley 10/8/18
Join the Community
shares

What else have we been lied to about our whole lives?

Up until now, Coloradans have gone about their lives thinking we lived in a state with the straightest-lined borders you ever did see. There was no way Wyoming was going to encroach into our ideal-shaped state. Extend a few feet into our hard-drawn state-line in the sand? Not today, New Mexico. Not today.

Except it’s all a sham! Everything we’ve ever known about our rectangle-tastic state is a lie. Okay, not everything, but our borders are a whole lot less straight-line-like than the maps represent it. It’s not a rectangle, nor is it a quadrangle. There are many, many deviations along the borders. You can see a few places our borders go astray in the graphic below. 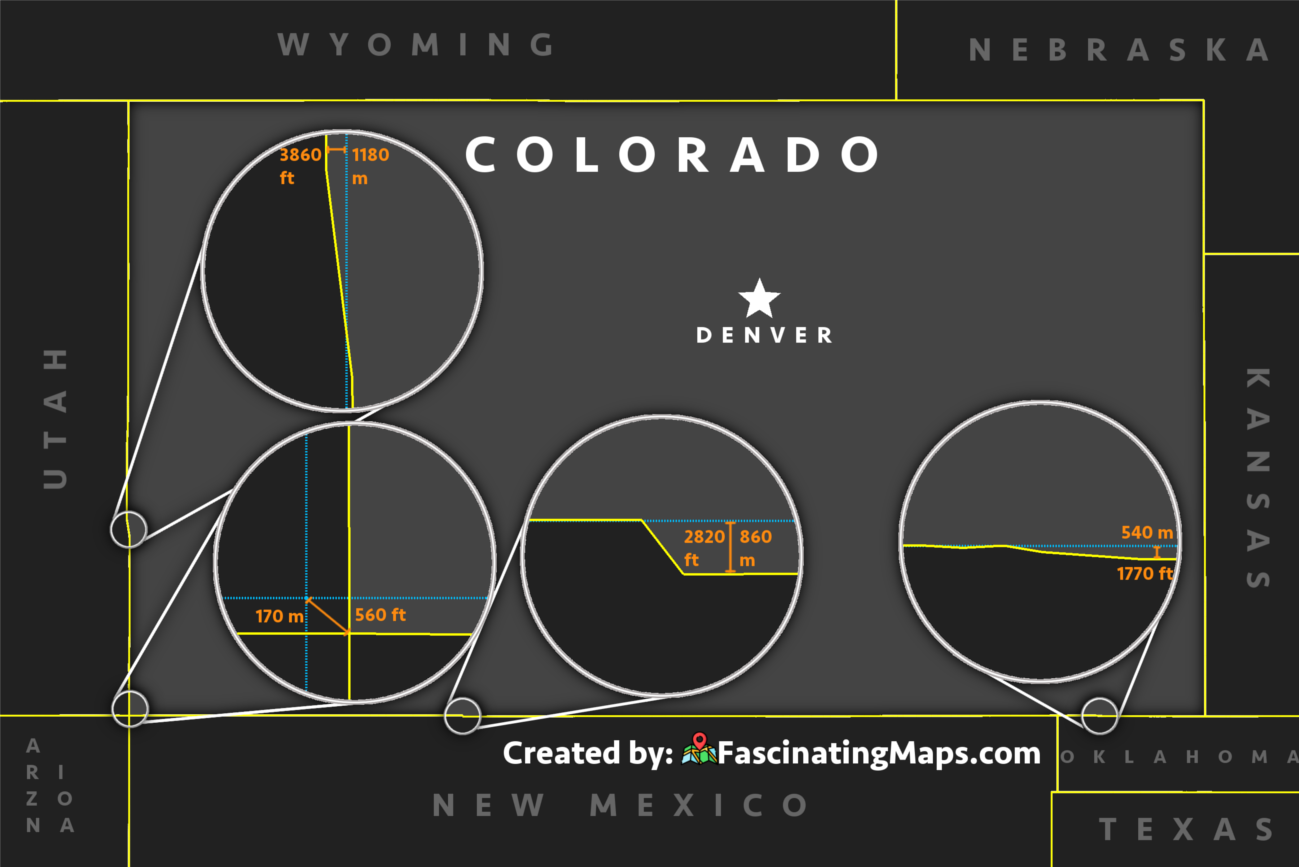 A map that highlights the most noticeable of Colorado's border deviations. Courtesy of fascinatingmaps.com.

Most people aren’t likely that surprised about this revelation, as surveying state borders was less than an exact science back in the day.

According to Fascinatingmaps.com, Colorado, Wyoming, and Utah are the only U.S. states that use latitude and longitude lines as borders.

But when surveyors headed out to define the actual borders, they were at the mercy of tools of the day, as well as our hard-to-traverse, mountainous terrain. As a result, mistakes were made.

So what shape is the state?

“According to our calculations performed in QGIS based on the outline of the state from OpenStreetMap, Colorado actually has 697 sides (edges). This means it is not a rectangle, it’s a hexahectaenneacontakaiheptagon based on the naming system of polygons by Kutztown University,” says fascinatingmaps.com.

Try using that name as a conversation starter at your next cocktail party.