The USPS has made its fair share of creative "Forever Stamps," but these are by far the cutest.

The United States Postal Service recently announced in a press release that they will be honoring the "Nation's Brave and Loyal Military Working Dogs" with a new stamp collection for 2019. The set of Forever Stamps will be sold in booklets of 20 with five four-stamp blocks.

Each stamp will feature one of the four different breeds most commonly used in the military: the German Shepherd, Labrador Retriever, Belgian Malinois, and Dutch Shepherd.

The stamp designs are very eye-catching -- the background color is red or blue with a white star and the dog as the focal point. The chosen colors are intended to represent the American flag and patriotism. 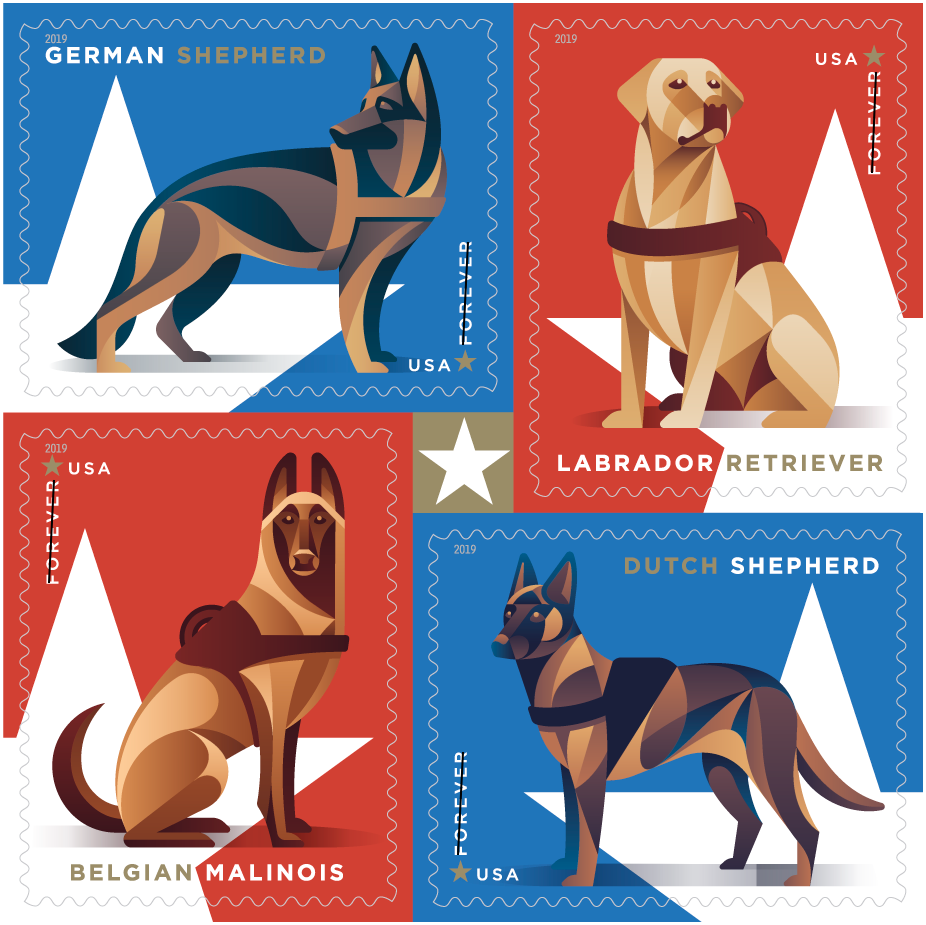 The stamps were created by DKNG Studios and designed by the USPS art director, Greg Breeding. They are adorable, don't you think?

Military dogs are treated as U.S. soldiers in every way, shape, and form because they are risking their own lives for the good of the U.S. citizens. When a military dog passes on, they are given their own memorial service in Holmdel, New Jersey, which honors the memory of them and all the dogs that have served.

According to WTKR, dogs have served in the military since World War I, with an estimated total of 2,300 dogs serving on U.S. bases worldwide. The dogs are asked to perform dangerous tasks alongside their soldiers, using their noses and convenient size to perform search-and-rescue operations. These are some brave dogs!

"These military dogs, and search-and-rescue dogs, are putting themselves on the line. They're out in the front lines," Diane Whetsel, head of the Sage Foundation, said, according to CNN.

Are you looking forward to purchasing one of these special stamp booklets? Tell us in the comments below!

A lot of vehicles' air bags have been recalled. Has yours? Check it out here!