Nobody knows what's going to happen—and for our generation, that's a hard pill to swallow.

Plain and simple, we don't know.

We don't know how this pandemic is going to play out.

We don't know how long it will last.

We don't know for sure how long the virus has been circulating.

We don't know if we'll catch it or if we've already had it.

We don't know if we're the ones unknowingly spreading it.

We don't know how many people are going to die before this is all over.

We don't know if we'll know somebody who dies or if we'll be among the ones who die.

We don't know what will help us heal.

We don't know when or if a vaccine will ever be developed.

We don't know if potential vaccines would be safe to take.

We don't know if the stay-at-home orders flattened the curve—because we'll never know what would have happened without them.

We don't know what this is going to do to the economy and to our way of life.

We don't know what a post-COVID world looks like. 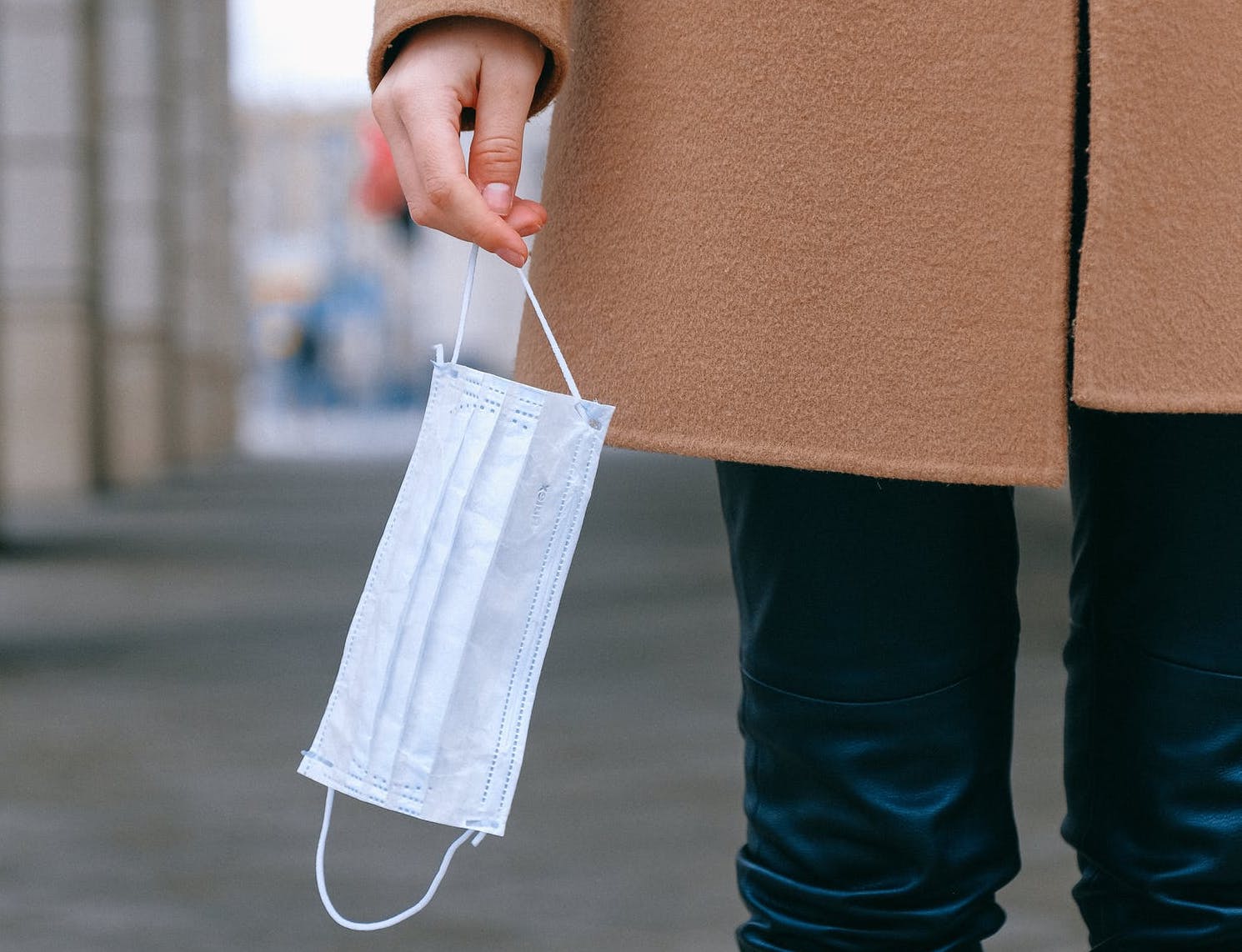 We don't know if recovered COVID-19 patients are immune from getting it again.

We don't know if ibuprofen makes the virus worse.

We don't know if African Americans or people with Type A blood are more susceptible.

We don't know if the summer heat will make it go away.

We don't know if face masks really help all that much.

We don't know all the symptoms for sure.

We don't know if schools will re-open in the fall.

We don't know if it's going to get worse before it gets better.

We don't know what other trials and developments will befall us while we're still working through this one.

It's very simple: We don't know these things. That knowledge isn't in anyone's pocket somewhere, waiting to be tapped. It's unknown, and we don't know it.

But in addition to all this? 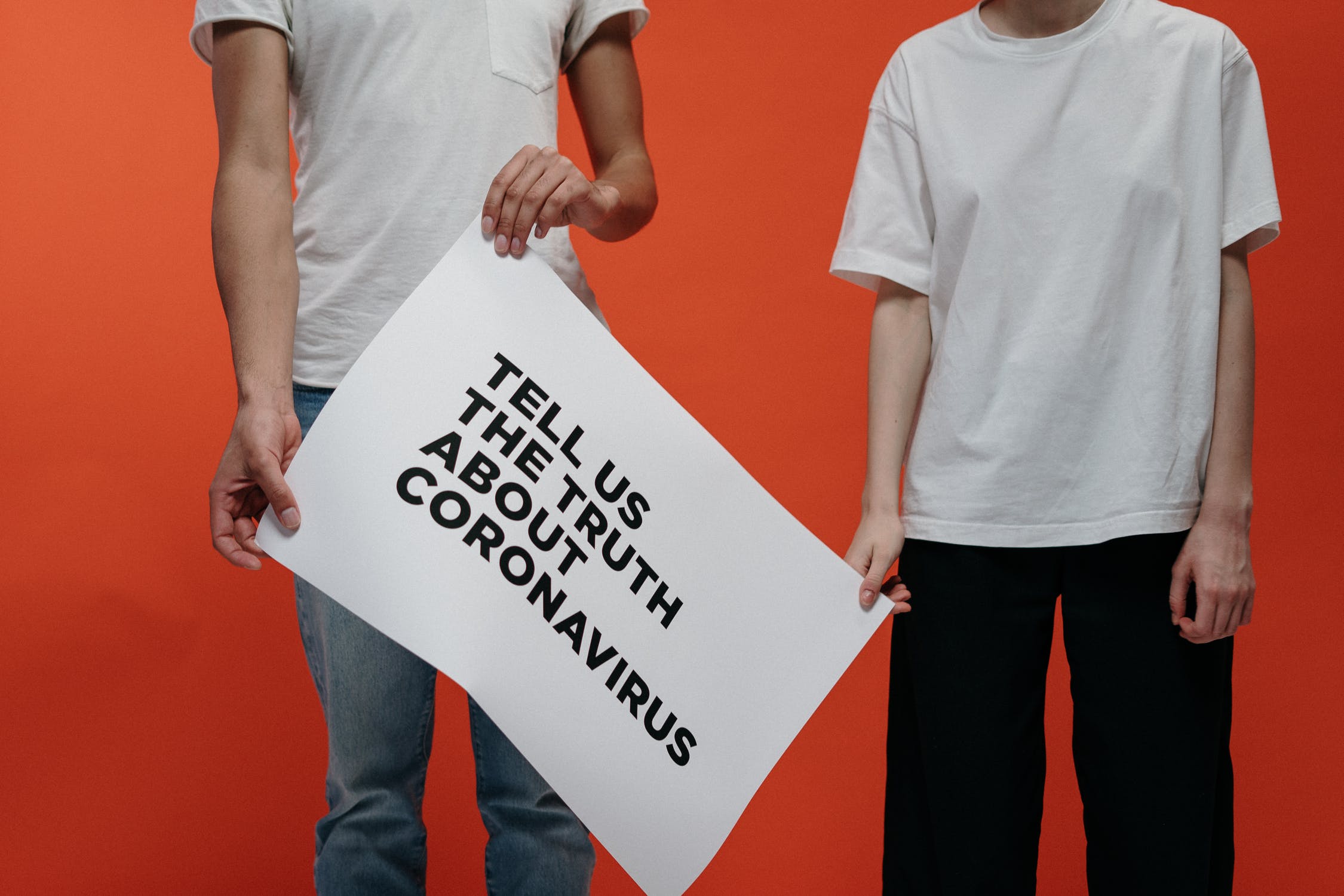 Not the World Health Organization (WHO).

Not China or Italy.

Not the Centers for Disease Control and Prevention (CDC).

Not President Trump or his administration or Congress or any of our government leaders.

Not Dr. Fauci or the National Institute of Allergy and Infectious Diseases.

Not the Associated Press, CNN, NBC, CBS, ABC, NPR, FOX, or any other media organization.

We don't know who's lying or telling the truth.

We don't know who's exaggerating or who's just pretending to know.

We don't know who thinks they know, but doesn't actually know.

And it's okay to admit that.

Why is "not knowing" so hard for us to accept? I have a theory.

Thousands of years before our time, humans lived in The Great Unknown, enduring an infinite number of hardships that were outside of their control: pandemics, wars, natural disasters. People died untimely deaths a lot. And the survivors became inherently comfortable with being uncomfortable. 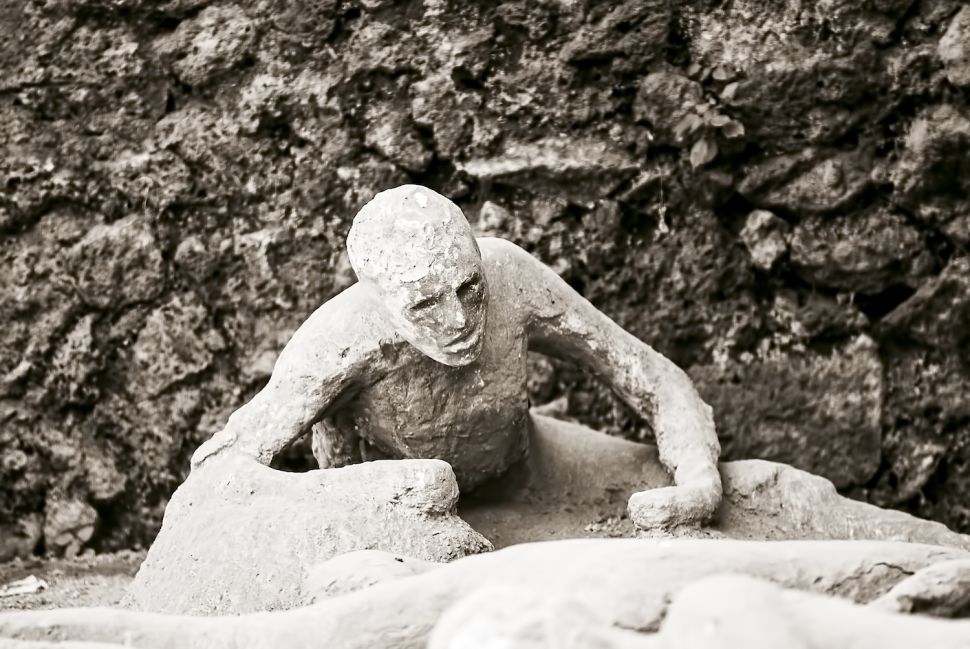 A victim of the Mount Vesuvius eruption in Pompeii, in A.D. 79. (Image credit: Shutterstock)

In the last 100 years, however, our society has developed and become so technologically advanced that perhaps we thought we were immune to a catastrophe on this scale. We were, admittedly, overconfident and cocky in our supposed invincibility.

So, we settled into a rhythm of predictability, of certainty, of control.

We became inherently comfortable with a life of predictability, certainty, and control.

And we became addicted to predictability, certainty, and control. 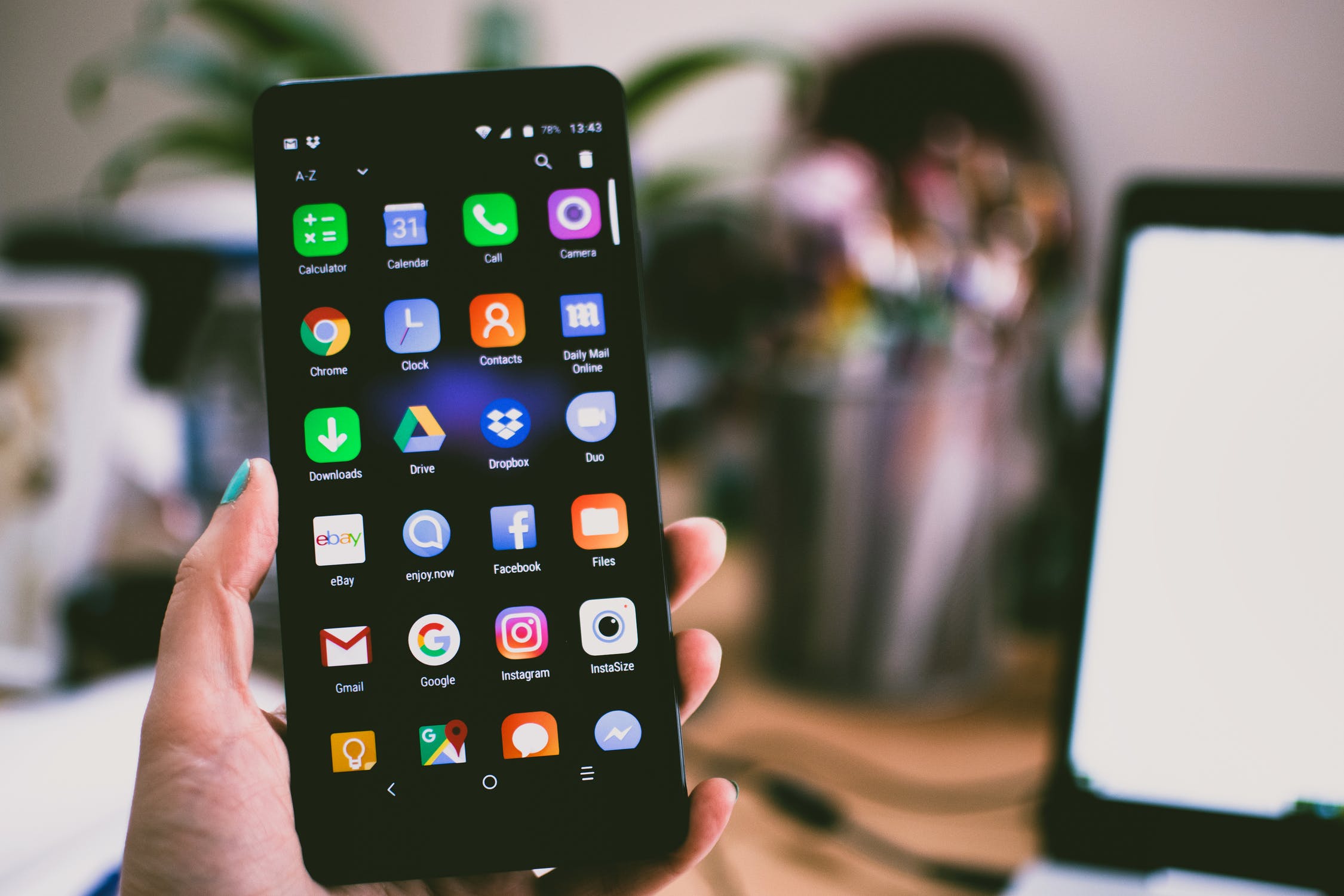 And now, just like that zero gravity amusement park ride we rode when we were kids, the floor has dropped out from beneath us. That baseline of predictability, certainty, and control has disappeared, and we feel like we're hanging in mid-air. 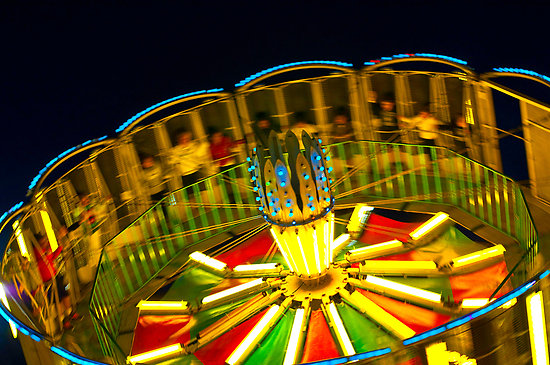 It's a hard pill to swallow for those of us who grew up in a relatively peaceful America.

Our generation hasn't experienced anything of this magnitude before. We didn't know it could happen.

Even the 9/11 terrorist attacks—which were devastating with nearly 3,000 lives lost—had a clear enemy. Many millennials were not old enough to understand the horror and gravity of the attacks as they unfolded, and most of Gen Z wasn't alive at all. In the aftermath, our society adapted and evolved (as it tends to do) and settled back into a rhythm of predictability, certainty, and control. And all was right in the world for awhile.

As the ball dropped and we welcomed 2020 and the promise of a new decade, who among us could have seen this coming?

Now our world is topsy-turvy, upside-down—unpredictable, uncertain, and completely out of our control. And we're scrambling to hang on to the threads of our hopes and dreams as they start to unravel before us, batting at them, trying to piece them back together to resemble something recognizable—anything recognizable. Anything semi-normal.

We're grieving the loss of our way of life—and rightfully so. And that grief is made even blurrier since we don't know exactly how much of our previous way of life we will be grieving down the line.

Knowing (and perhaps, more importantly, admitting) that "we don't know what we don't know" is truly humbling. It hurts our hubris to realize that our existence on Earth is but a small blip, a mist, a flower that blooms and fades—not unlike the billions of people who've lived before us. It's surprising and shocking and almost unbelievable that for all our advancement, humanity is still not invincible.

In fact, we are fragile.

There are no guarantees.

We are only given today. 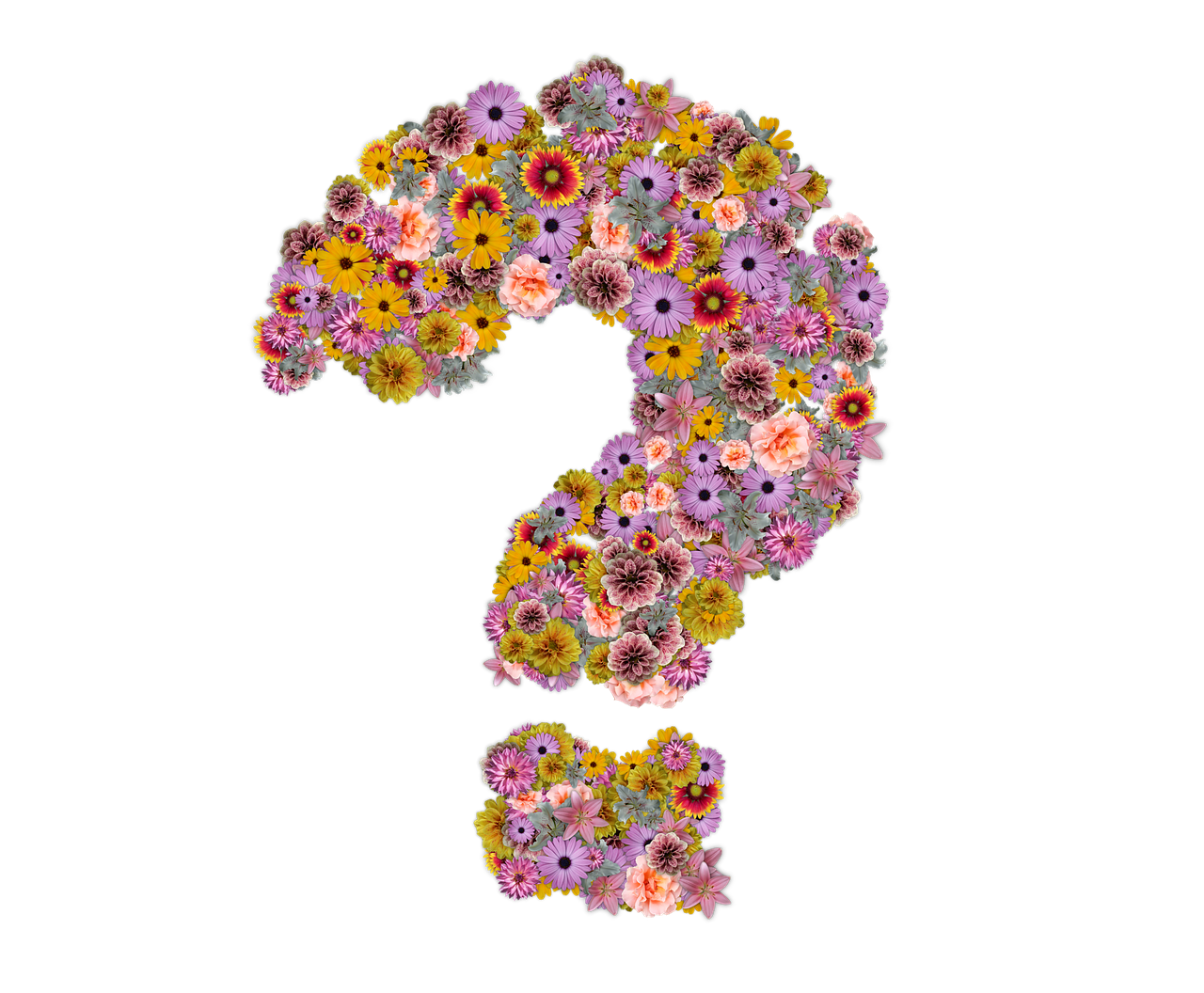 The not knowing is made somewhat easier if, like me, you happen to believe in an all-knowing higher power. It can be a great comfort and source of peace to believe that Someone knows. Even then, however, we are asked to relinquish our control and our need to know.

And it's okay to not know. In fact, the sooner we make peace with that fact, the sooner we'll be able to give everyone else the freedom to not know, too. Everyone's looking for answers, and we've been talking ourselves into circles trying to figure everything out. It can make us feel like we're going crazy. But for all of our surmising and best guesses, still, nobody knows.

Future historians will certainly have a fun time unpacking this one.

But today? We live. We make the best of what we've been given in this moment.

It's a new era. This is The Great Unknown.