Want to show your mom just how special you think she is? Get ready to give her a Mother's Day she'll never forget.

You already clicked on this article, so chances are likely that deep down you're done with flowers and roses. You're aching with a subliminal desire to give your mom a gift that matters, a gift as unique and special as she truly is to you.

Your mother is the most special woman in the world. But in our Muzaked landscape of fluorescent lights and mass-produced gift baskets assembled by metal hands that reek of the unexceptional, there's not a lot worth having that money can buy from a bin marked Holiday Promotions. This Mother's Day, you need a gift just as priceless as the rare gem that is the woman who birthed you.

That means it's time to get weird.

Surrender to your better nature and give your mother something Weird™ this Mother's Day. Whether you want to stick it to corporate holidays, society at large, or mundane sub-par standards of gift-giving overall, here's your gift guide to treating your mother with a gift that's as bizarre, inspiring, and slightly disturbing as the childhood she gave you.

Here are 10 weird Mother's Day gifts for that special woman in your life. 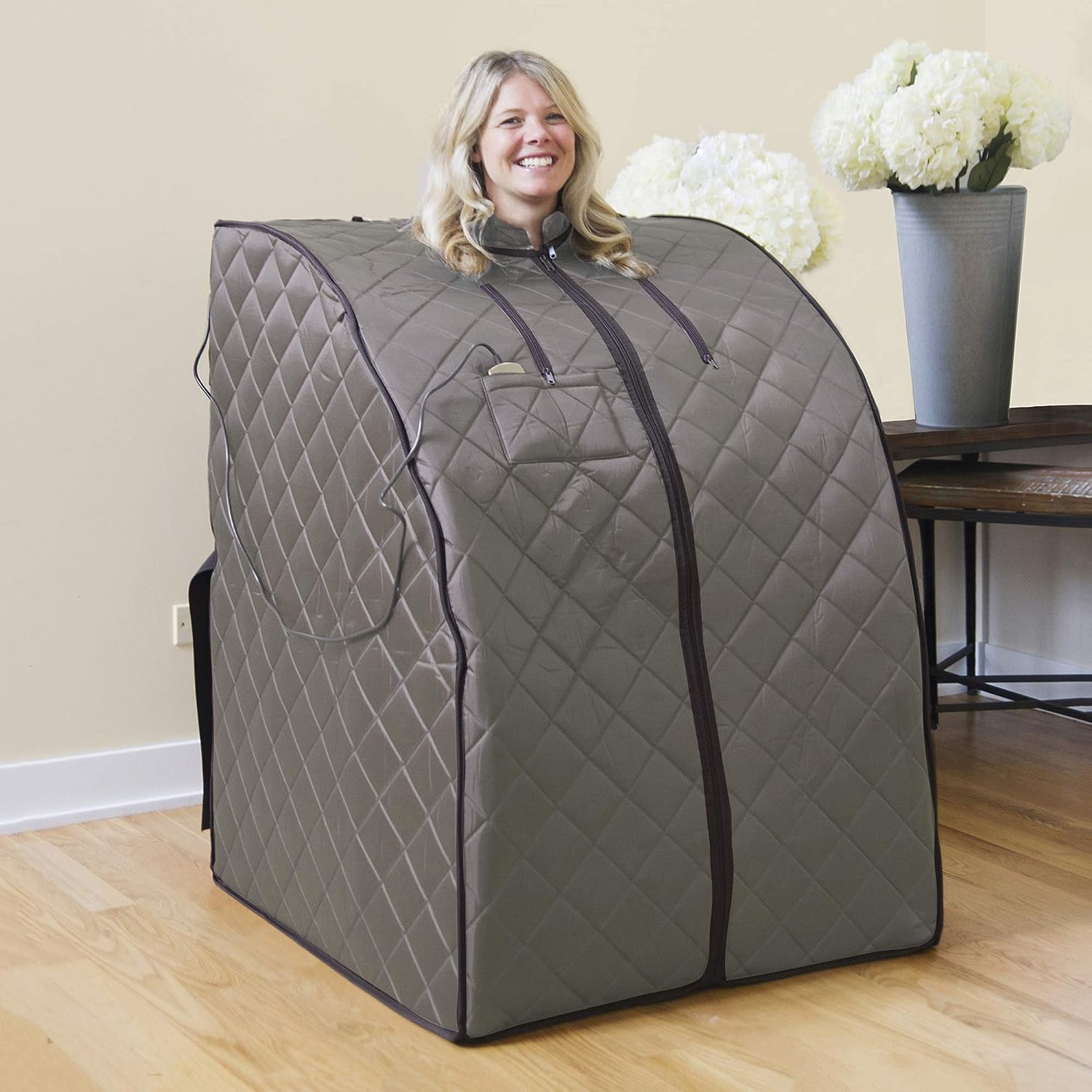 Your mom deserves relaxation any time, all the time. How often has she mentioned she wishes she could just escape and go to the spa? In 2019, you can bring the spa to her. Gift your mother a portable sauna.

The Office of the Presidency

(Photo by Getty Images/View Statement of Candidacy at FEC.gov)

If anyone is well-equipped to run the universe, it's the woman who raised you. She deserves way more recognition than she gets. She deserves a throng of everyday rural Americans cheering for her while clutching posters of her face. She deserves a private plane and an entire subset of the voting demographic fiercely and inexplicably dedicated to her cause.

Good news: if your mother is over age 35 and a naturalized citizen of the United States, you can register her to run for president.

Show your mom how much you love her by filing an application for her presidency with the Federal Election Commission, and give her the gift every mother secretly wants: the highest office in the land, the nuclear briefcase, and $4.746 trillion of discretionary funds.*

*Note: Your mom must be over the age of 35, a naturalized citizen, and born in the United States 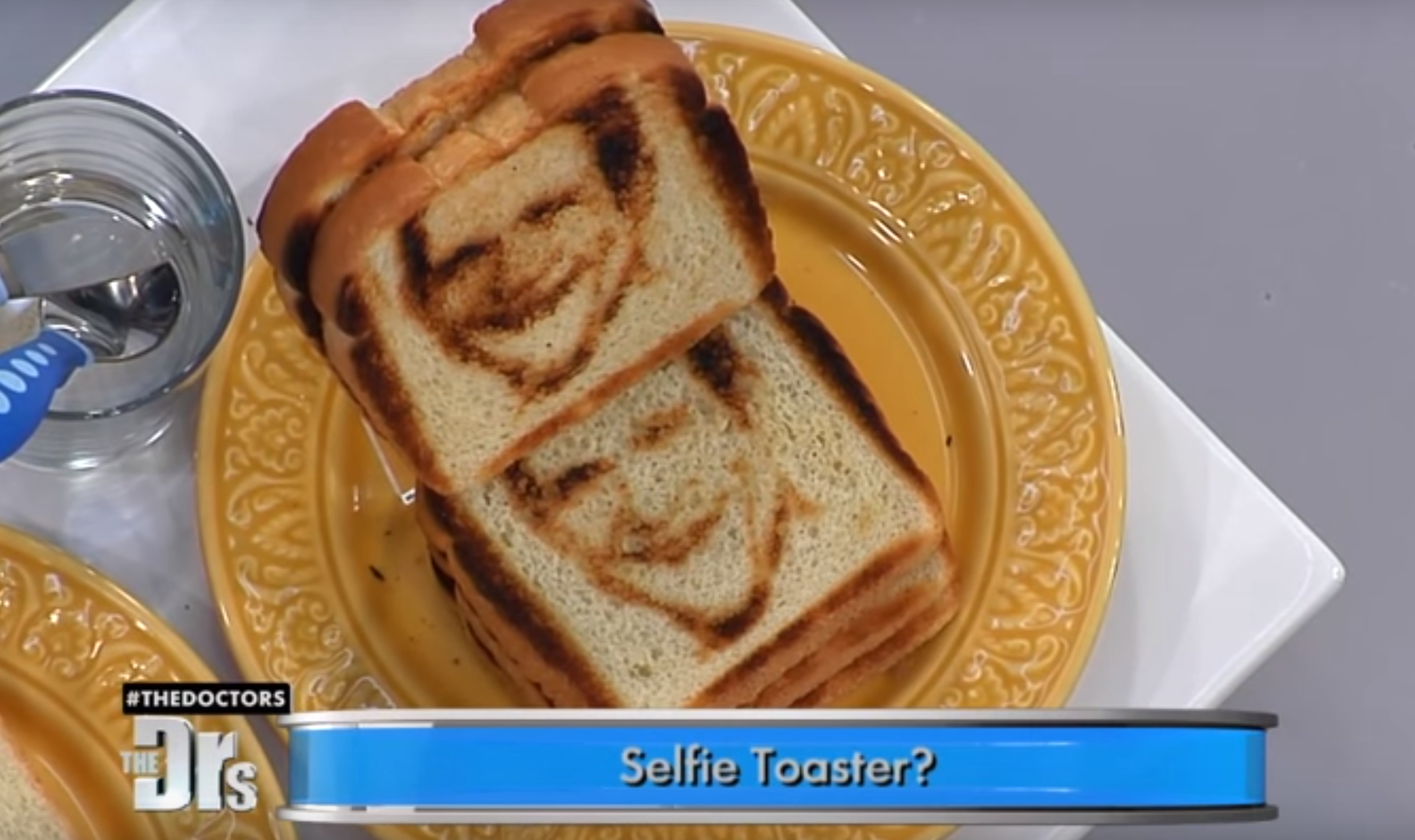 Every day's a miracle.

An Air Freshener With Your Face on It

Honestly? No exposition necessary here. I couldn't have thought up a better product if I tried. A heartwarming gift for all occasions. (This website boasts a rich assortment of various you-themed goods.)

The Duchessship of Sealand, An Actual Nation in the Middle of the Sea 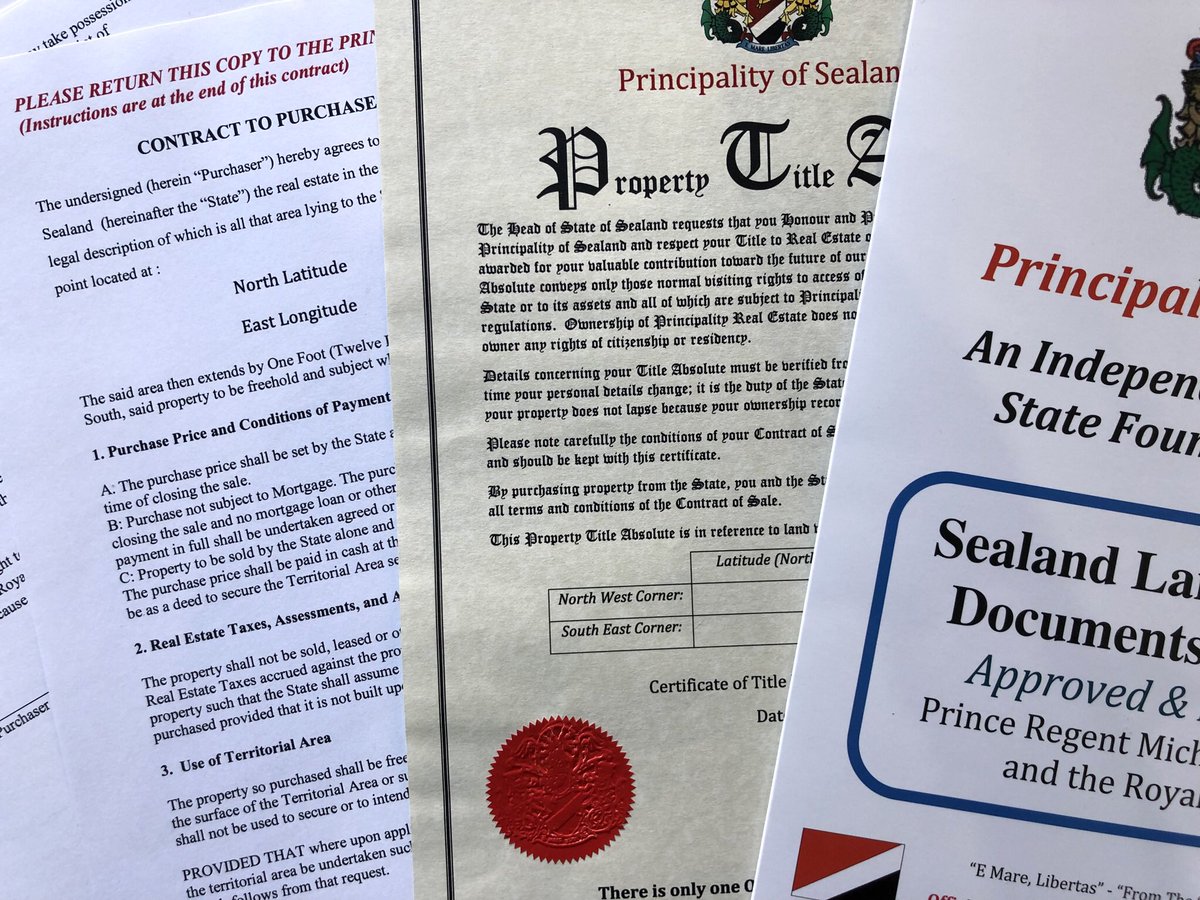 (View Titles of Nobility for Sale on SealandGov.org)

The Principality of Sealand is a micronation located in the middle of the ocean, approximately 12 kilometers off the coast of Suffolk, United Kingdom. Sealand was created when no country legally owned the ocean. Sealand produces its own currency and stamps, boasts its own national flag and official national anthem, and even claims a GDP.

The population of Sealand is allegedly 27, although how these citizens are living within the nation's borders is anyone's guess. The nation's sole non-aquatic structure is a sad-looking abandoned barge in the middle of the sea called Roughs Tower, which was built by the British Royal Navy during World War II and then later declared its own sovereign nation after repeated conflicts of ownership. 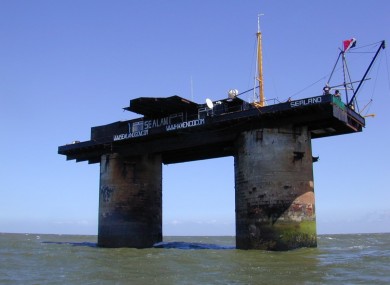 In a poignant apotheosis of "royalty's" gradual degradation in the wake of global capitalism, just as all things can now be bought with money, a royal title can be purchased as well with just a simple click and your 16-digit credit card number. Reap the spoils beyond the sea, and gift your mother the honorific she deserves.

Available for upwards of $38.93 on SealandGov.org.

Life-Size Replica of a Tyrannosaurus Rex 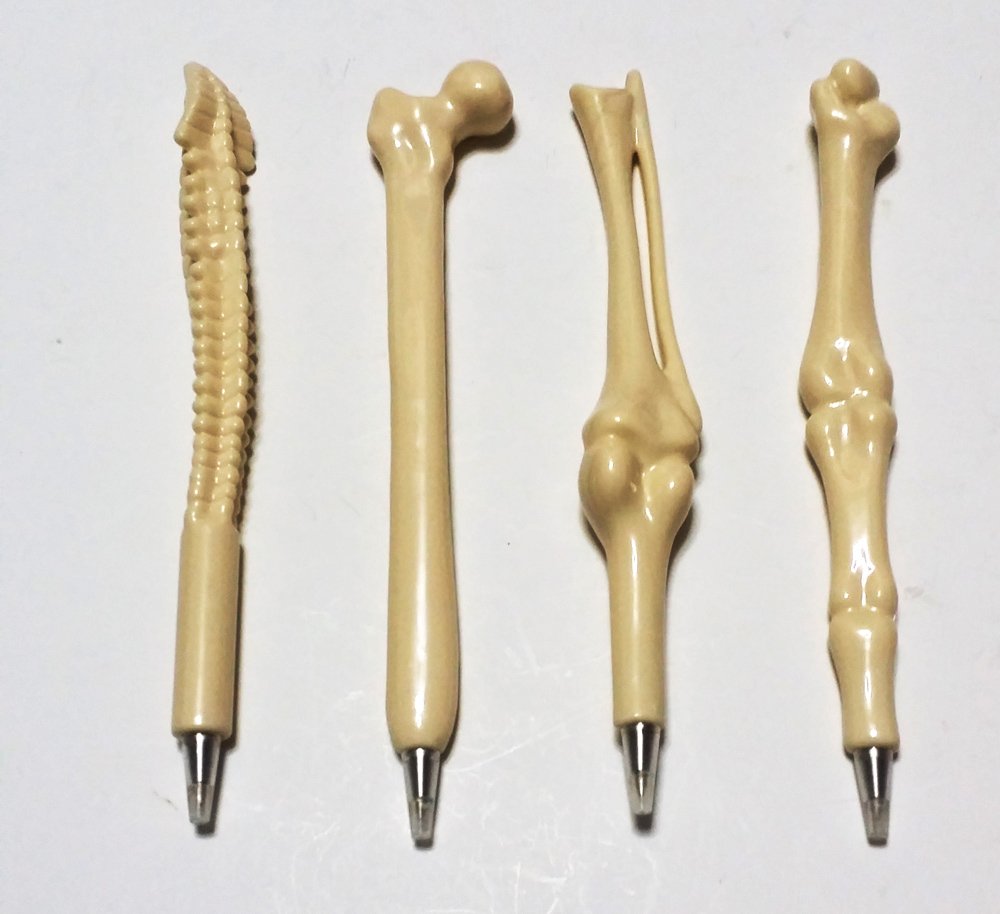 "I love bones so much. I love them so much, I do not get enough of them. I want more bones in my life. I am tired of these unrealistic expectations for women we see in our writing utensils, smooth silicon-vinyl tubes and thick plastic bodies with bodacious grips. I want my writing utensils to reflect what's inside of a real woman. And that's bones."

A Sculpture of Your Baby Teeth 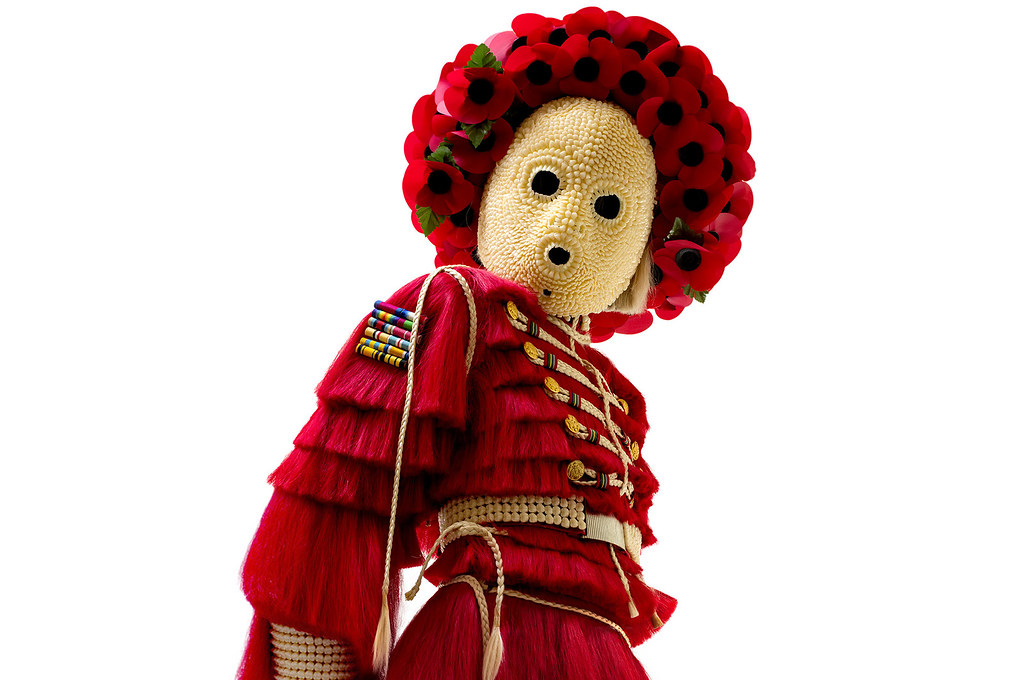 Remember how much she loved your baby teeth? Why else would she have hoarded your teeth in a little box in her closet for 15 long years? You know she's dreamed of this for so long.

This age-old ritual has suffered decline since the dawn of cell phones. Scholars speculate this cultural deficit is responsible for the decline of traditional marriage. 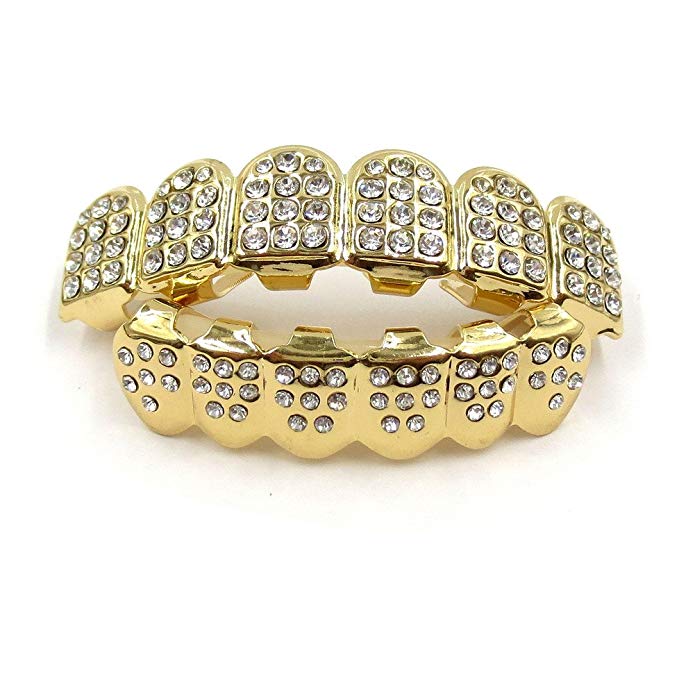 This will mean so much to her.

Brutus, A Spiritual Clown Vessel That Is 22 inches tall

Bring your mother the best of the universe, including Brutus, A Spiritual Clown Vessel That Is 22 Inches Tall.

Here's the lowdown on Brutus Iscariot from his current keeper, as she writes in her description on eBay [sic]:

“Meet Brutus a spiritual clown vessel that is 22 inches tall. I am sure that  the spirit that has attached himself to this vessel is a very old soul that lived back in the  late 1890's this is what I keep getting from my Ouija Board. I have seen shadow figures around him many times day and night.  My pets just love him and will just sit and stare at him for hours.

Brutus will give you chills down your spine all the time with the things he can and will do around the house. I think Brutus is very bossy at times he like's things his way, and to look out the window sometimes.  I keep him in my living room standing against the wall in a corner over looking the room. He likes to turn the TV channels on and off at times and mess with the lights.. We have heard the sounds of voices and knocks on the walls ,and the sound of doors opening and closing lots of times. You will hear bumps in the night with Brutus..  He is one of my most favorite spiritual Clown vessels of all times.”

A great gift for moms.

*The author of this piece is not liable for any family conflicts that may arise from following the advice in this article.*

Are you ready for Sunday, May 12? Share the best of your Mother's Day plans in the comments.