Winter Is Coming: 'Teeth-Chattering' Cold and Snow Predicted for Colorado

Winter Is Coming: 'Teeth-Chattering' Cold and Snow Predicted for Colorado

Will our ski resorts return to their former glory this winter?
Becky Talley 9/18/18
Join the Community
shares

You may get to use many, many sick days for a recurring case of "ski fever."

"We need the moisture” is really the first sentence native Coloradans learn to string together. There’s not a lot of weather convos that aren’t started or ended by this phrase (note to transplants: start throwing this gem out there, and you’ll fit right in).

But, seriously, we need the moisture. According to the good peeps at Farmers’ Almanac, we’ll get our snow this season. Not as bad as some years, though not as much as we probably need to replenish our snowpack and reservoirs. The big winners in the snow game this year will be the Northeast and Great Lakes regions, with more white stuff coming down than usual.

But, it's the temperatures that are taking center stage. Bundle up, stack the firewood, and get a space heater for every room in your home because we’re in for it. The almanac tells us to expect frigid temps. Below is how the 100-year-old publication sees the season playing out. 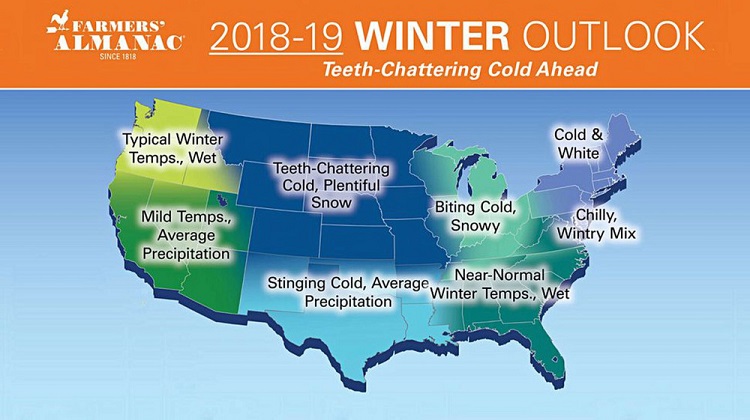 Not to be left out, the Old Farmer’s Almanac (yes, there’s two of these publications. They should have a yearly competition for the Stanley Cup equivalent of weather prediction), the winter will be mild and less snow than usual for most of the state, with the northeastern region being warm and drier. So, will we have snow and cold, or less snow and mild temps?

Free Chick-fil-A Nugs in September. That is all.