Bust out the trucker hats!

Apparently, the old Enzo Ferrari saying, "aerodynamics are for people who can't build engines," still resonates with the leadership at Fiat Chrysler because a few months back, Ram released the torquiest pick-up truck in history – the 2019 Ram 3500 Heavy Duty. Thus, in what seems to be the new Fiat Chrysler modus operandi, the truck sports a 1000 lb-ft of torque – or almost as much as some semi trucks.

That means we can throw on our denim jackets, sport our favorite mesh-backed hats, and listen to "Eastbound and Down" or Dave Dudley until the child in each of us is content. It also means you can tow pretty much anything you want because the new Ram Heavy Duty can tow a whopping 35,100 pounds and has a payload rating of 7,680 pounds.

“Ram Heavy Duty owners constantly demand the highest levels of capability to tackle the biggest jobs and with 35,100 lbs of towing capacity, pulled by 1,000 lb-ft of torque from our Cummins engine, we now hold the most important titles within the segment,” said Reid Bigland, head of the Ram brand. 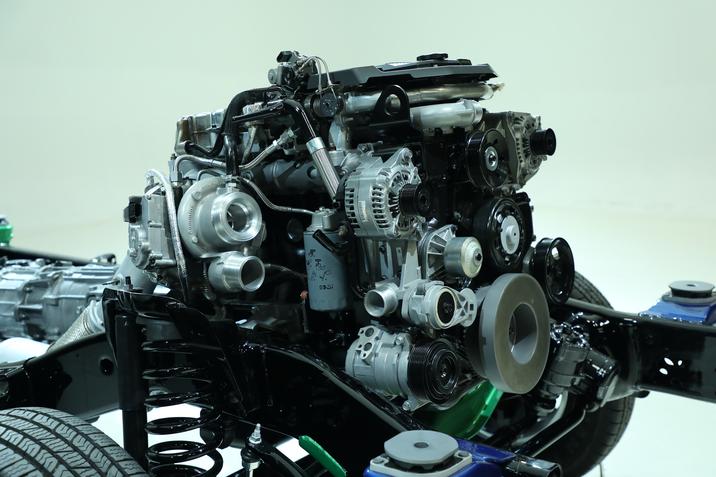 In its press release, Ram says that the new power is the result of stronger and lighter pistons, forged connecting rods, and a better variable geometry turbo – all music to an enthusiast's ears. They also said that the new engine is actually 60 lbs lighter than the older one, too.

And if the interior/tech updates are anything like the Ram 1500, the Ram Heavy Duty Series will undoubtedly be the most luxurious, powerful, and technologically advanced pick-up ever offered.

What are your thoughts? Is the new Ram Heavy Duty impressive enough to sway you away from your current brand? If not, let us know why in the comments below!

Love nature? Did you know 1,200 bald eagles fly to Colorado every year?

Colorado Survival Guide: What to Do If You're Charged By a Moose

The Feel-Good History of the 'Welcome to Colorful Colorado' Signs