Stefanie Hook, a young woman based in Colorado, has shocked both the muggle and wizarding worlds by designing her own mask that, when breathed on, reveals the Marauder's Map.

She showed her invention off on TikTok, where she has already received over two million views!

The mask is plain, solid, and black at first, but it changes colors, exposing the secret map when she breathes. See her video below!

Hook told Business Insider that she used a pre-printed Marauder's Map fabric, despite typically making her own designs. She incorporated a color-changing pigment into its material and then brought the magic to life with her sewing machine. Astonishingly, she says the entire process can take up to 17 hours just to create one mask!

An artist who sells her work online under her own company CPEX (Colorado Pony Express), Hook is currently out of masks until May 29. She plans on being restocked by then, so consumers can purchase from her website. However, she emphasizes that these masks should be used more for cosplay or costume, as they don't really prevent diseases or viruses. She has said they can be used in conjunction with medical, CDC-recommended masks. 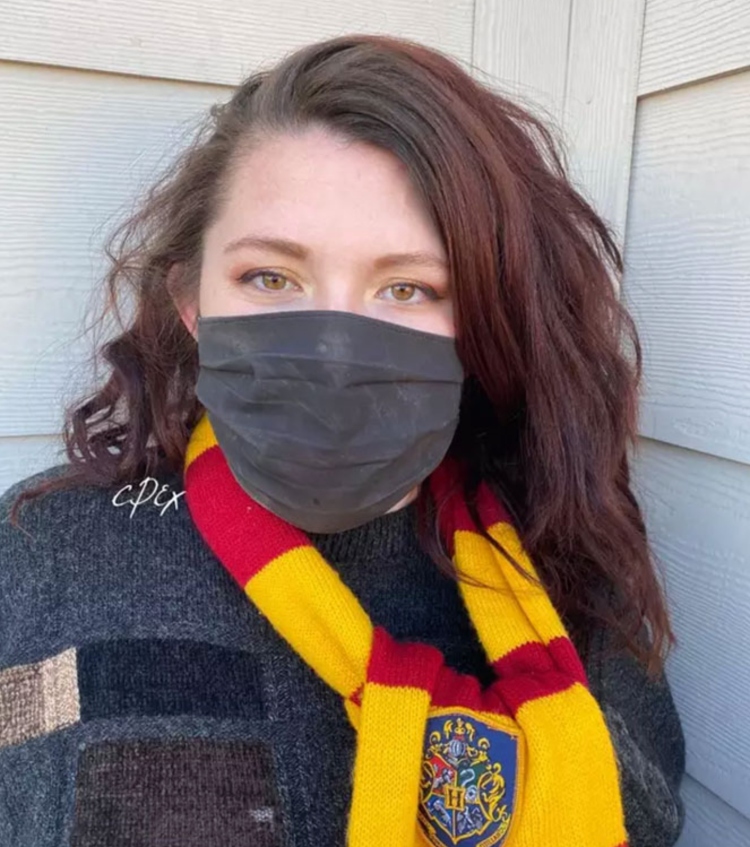 Overall, Hook just wanted to bring a little inspiration for everyone going through this international pandemic.

"I like to give the average person the ability to own items that are unique, and bring magic into the real world in hopes to further inspire others to create and be creative," she said.

What do you think of these Harry Potter-themed face masks? Would you wear one? Tell us in the comments!

Wellness: How to Treat Sunburns at Home

So, Kanye West Has Announced He's Running for President ...