Across the world, St. Nick has some sketchy companions who have a thing for bad kids.

St. Nicholas is beloved the world over, but did you know that folklore tells of a group of "companions" that accompany him throughout his travels? These sinister sidekicks are all the antithesis of our favorite gift-giving fellow, doling out their own version of punishment to naughty boys and girls. Join us as we take a sleigh ride around the world and into the darker side of the holiday.

Translating to "Farmhand Rupert" Knecht Ruprecht is said to appear in homes on Christmas Eve, sporting a long beard, dirty face, black clothes and wearing fur. He's an accessory fan, often carrying a long staff and a bag of ashes. Why ashes you ask? Because Knecht Ruprecht reportedly asks children if they know their prayers or if they can dance or sing. For those unlucky few who don't pass his test, he'll soundly give them a beating with his bag. Now that's a tough audience. 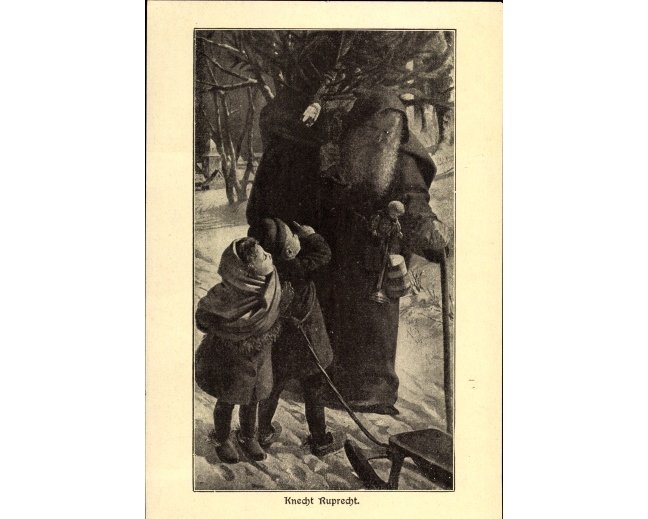 Cloven-hooved and behorned, Krampus is often portrayed with characteristics of the devil. The hairy baddie follows St. Nick around and gives all the bad seeds out there coal and bundles of birch branches. This goat-like villain even has his own night, December 5, known as Krampusnacht, where hordes of Krampus (is the plural Krampii?) flood the streets of Schladming, Styria, for an awesomely creepy parade. 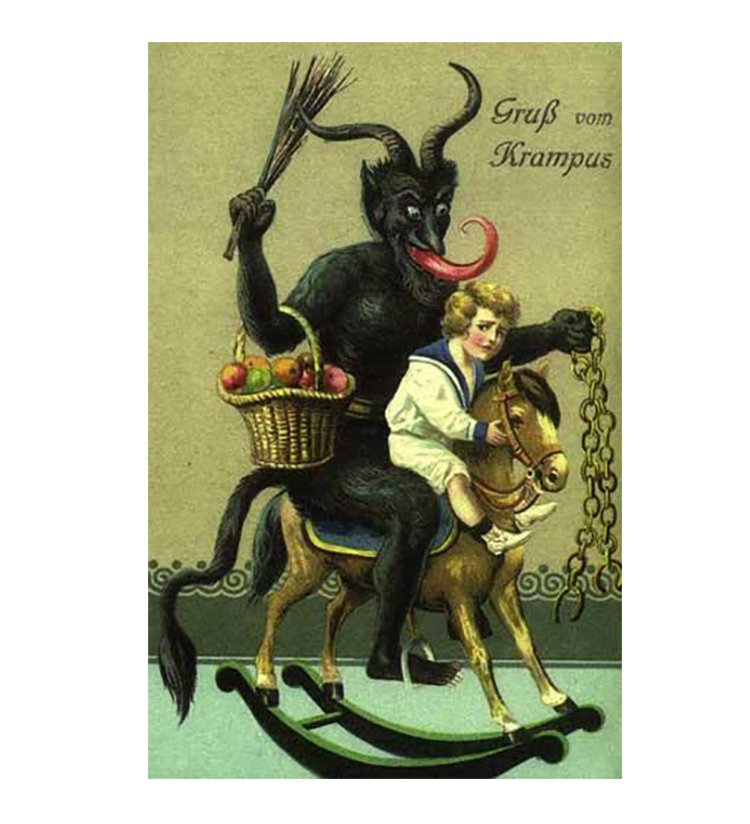 Belsnickel is an interesting character, in that he weighs out the morality of little ones and treats them appropriately. Depicted as a many wearing head-to-toe furs and a mask with a long tongue, he loves to visit kids and scare the bejeebus out of them. If the tykes were good, he leaves socks or shoes full of candy. If they were less than stellar, they get coal and switches in their stockings instead. He seems to be an interesting mix of Santa and Krampus. Belsnickel made his way to the U.S. in the 1800s with German immigrants, sometimes taking place of Santa in local lore. 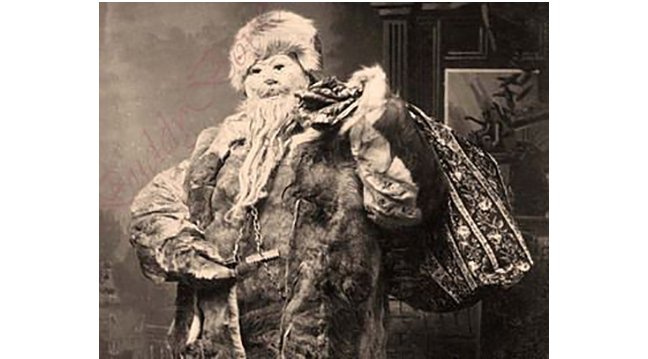 What do you think? Pretty eerie, right? Good luck falling asleep on Christmas Eve knowing that these sinister companions could be lurking nearby ...