5 of the Most Haunted Places in DC

5 of the Most Haunted Places in DC

If you ain’t afraid of no ghosts, be sure to check out these five most haunted places in Washington, D.C.

Since Washington, D.C., is the birthplace of our nation, people come from all over the world to learn about its origins and timeless history. However, with history comes secrets, mystery, and ultimately somethin’ strange in the neighborhood.

When the sun sets on the Capitol Building, the city as you know it goes to sleep, and ghastly ghouls and menacing spirits awaken from their everlasting tombs. These spirits lurk around some of the nation’s infamous buildings, simply waiting for someone to play with.

So, hopefully, you ain’t afraid of no ghosts, because we’re about to pass over to the realm of the wicked and uncover five of the most haunted places in D.C. 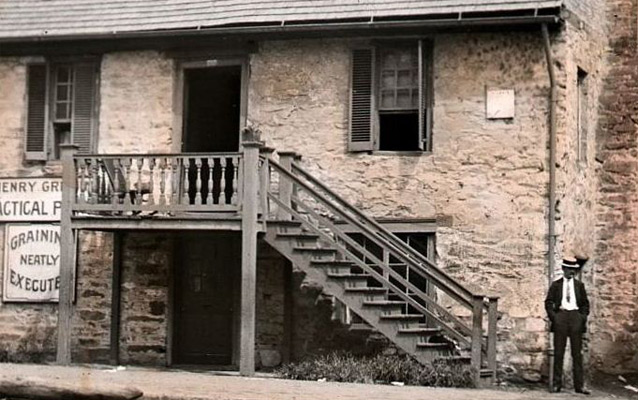 Courtesy of the National Park Service

The Old Stone House is the oldest building in the District that still stands on its original foundation. Since it was built in 1765, many people have walked its halls—and some of these visitors never left. The house is said to be haunted by at least 11 spirits, and they’re not looking to share their home. Some of these spirits include a woman dressed in 1700s-style clothing who appears near the fireplace, a young woman running up and down the stairs, young boys playing in the third-floor hallway, a lady in a rocking chair, and a German craftsman. However, the most menacing spirit that inhabits the Old Stone House is George, a man who absolutely despises women. Women that have spent time in the home have reported being choked, shoved, poked, and sexually assaulted by George. Some individuals have even caught his voice on video, providing an unwelcome message to anyone that trespasses on his property. 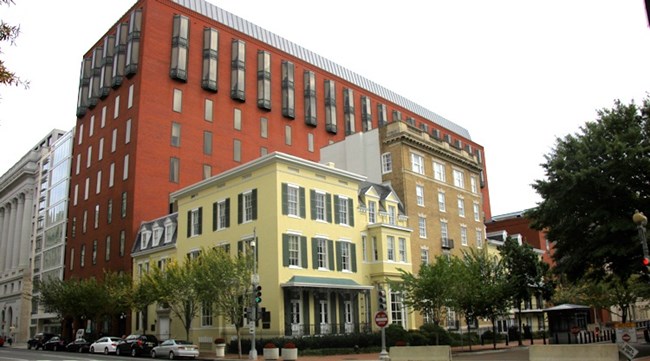 When you visit Washington, D.C., you expect to learn about our nation’s history and secretly hope to run into a politician or two. Well, if you head to the Cutts-Madison House, you’ll definitely get to meet a politician—she just might not be so lively. James Madison’s First Lady, Dolley Madison spent her last days on this earth at the Cutts-Madison House. Although she died in 1849, her spirit still lurks around the bright, yellow building. Washingtonians have reported seeing her on the front porch, looking out into the distance and protecting the city that her husband once helped to build. 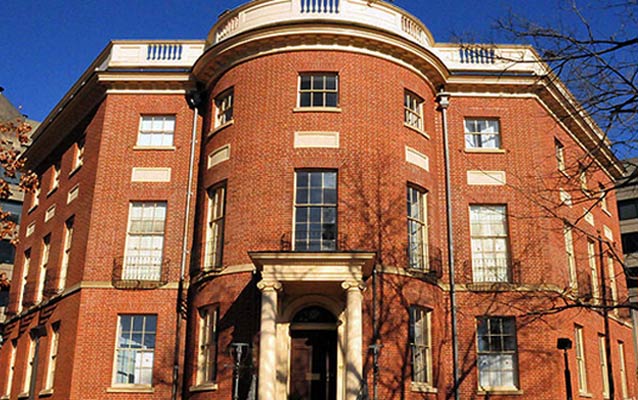 This brick building looks like a typical cozy, historic house. However, beneath the sturdy brick frame lie some terrifying secrets. Some historians report that the Octagon House’s walled garden once served as a slave market. The horrors and tragedies that occurred at this alleged market have cut deep and continue to haunt the grounds today. Many have seen spirits of African American slaves roaming the grounds, simply searching for a final place to rest.

Inside the building, staff members and visitors to the Octagon House have also reported hearing and seeing the daughters of Colonel Tayloe screaming throughout the home. According to stories passed down through time, one of Tayloe’s daughters was in love with a British officer, but the Colonel did not approve of the relationship. He forbade his daughter to see her lover and they argued on the top of the staircase. Eventually, the daughter fell off the stairs, straight to her death. She now haunts the second-floor landing, screaming in pain as she searches for her true love. Interestingly, the Colonel’s second daughter also met a similar fate and is said to haunt the home's third-floor landing. 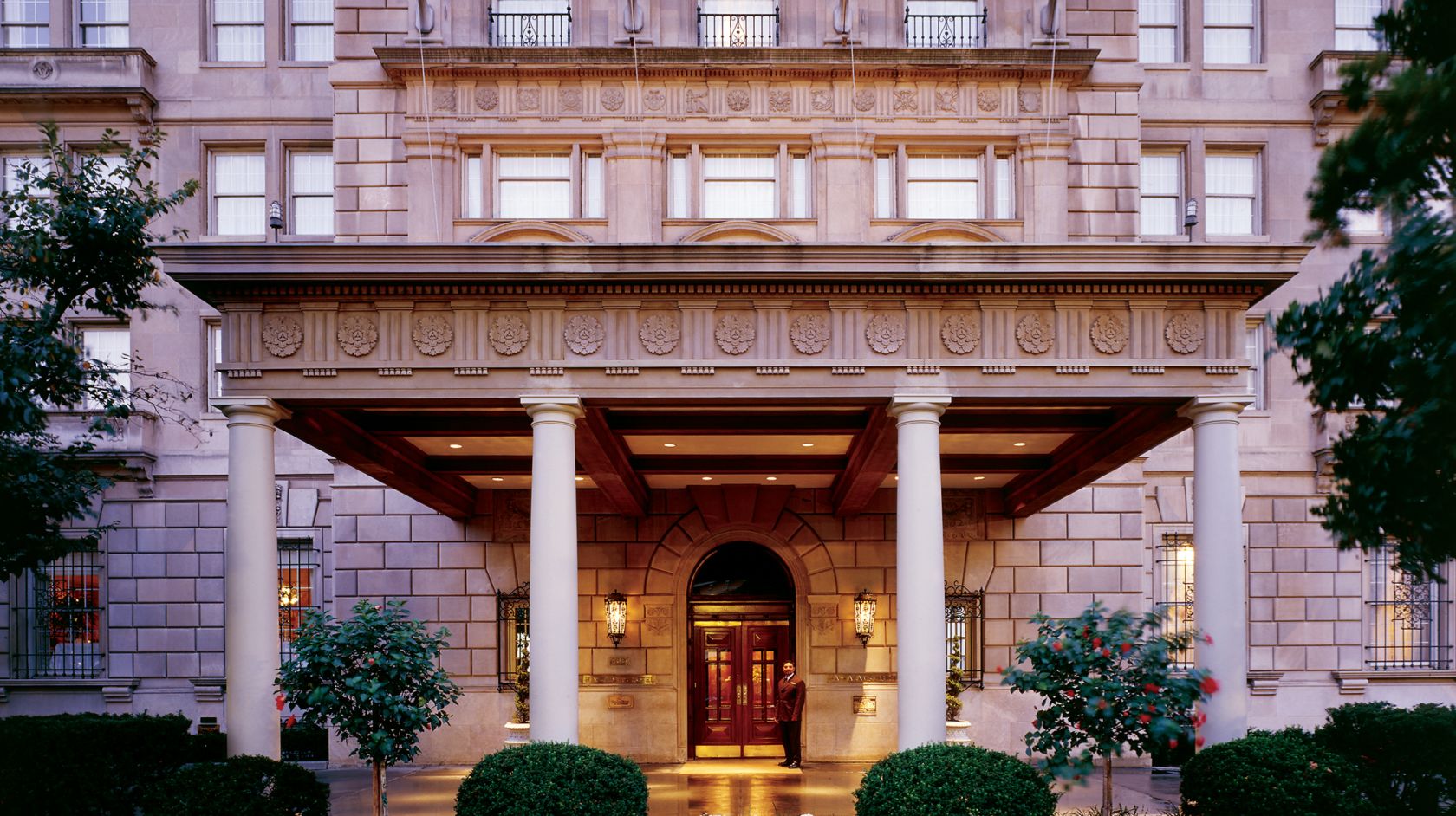 In the 1880s, a woman named Clover Adams became the Hay-Adams Hotel’s infamous perpetual guest. During her time with the living, Adams was a photographer who took her own life by ingesting a chemical used for developing her photographs. Although it was deemed suicide, many claimed that she was actually tragically murdered.

Adams’ transcendence into the land of the dead has not stopped her from partying with socialites. To this day, Clover can be seen partying with hotel guests and employees on the fourth floor of the Hay-Adams Hotel. Guests report that Clover is the most active during the first two weeks of December, which just so happens to coincide with the anniversary of her death. During this time, there is an uptick of paranormal reports involving doors mysteriously opening and closing, radios turning on and off, voices throughout the halls, and the sound of a woman sobbing. Housekeepers at the hotel have also reported feeling as though they’re being hugged by a woman that they can’t see.

If you’d like to experience the hauntings yourself, you can even book a suite at the Hay-Adams Hotel and become one of Adams’ next victims. 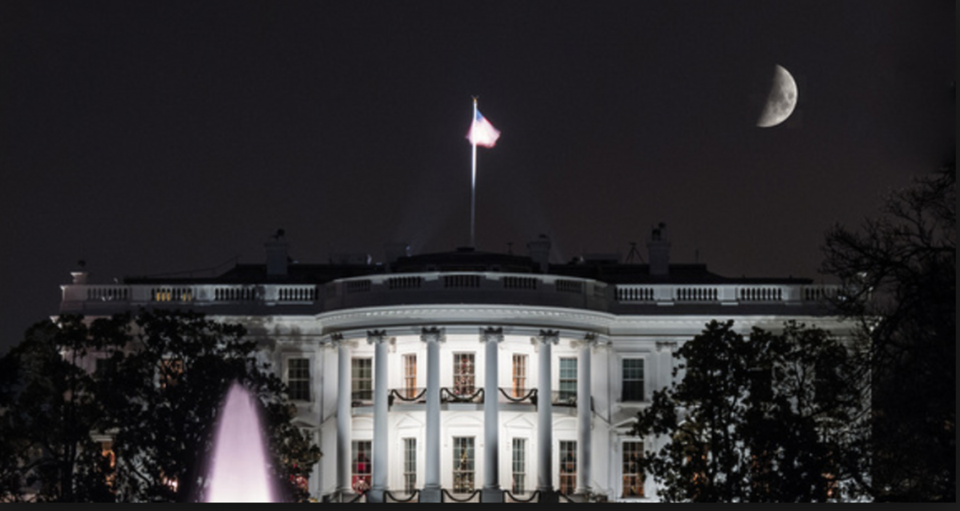 A lot of history has passed through the walls of the White House, so it probably comes as no surprise that the building’s guests would want to stay for all of eternity. The first occupants of the White House were President John Adams and his First Lady, Abigail. Back then, there was no running water in the infamous white home, so Abigail had to bring in water from outside the home and carry her own laundry to the East Room to be washed. Apparently, Abigail was very dedicated to washing her family’s clothes because she can still be seen walking into the East Room carrying a load of laundry. Many staff have seen her walking through walls to get the job done and have even smelled the scent of soap and damp clothing around her apparition.

It is said that when a person tragically leaves this world, their spirit is forever imprinted on this world and walks the earth looking to fulfill the rest of his or her life. One of these spirits is no other than never-tell-a-lie Abraham Lincoln. Many presidents and dignitaries including President Theodore Roosevelt, First Lady Grace Coolidge, Winston Churchill, Maureen Reagan, and Queen Wilhelmina of the Netherlands have reported seeing Lincoln wandering around the White House. First Lady Coolidge specifically claimed to have seen him at the window of the Yellow Oval Room, staring out at the Potomac.

So, do you dare to seek out the spirits of Washington, D.C.? Are you brave enough to visit these dangerously haunted places? Let us know about your experience—that is, if you live to tell the tale …