The Black Prince’s Ruby is not actually a ruby. Who knew?

The Black Prince’s Ruby is one of the most beautiful aspects of the Imperial State Crown of the United Kingdom. It’s positioned front and center in the cross pattée above the Cullinan II diamond. The brilliant red stone is a 170-carat irregular cabochon red spinel. One of the oldest parts of the Crown Jewels, it’s the biggest uncut spinel in the world.

While many might think the Black Prince’s Ruby is a ruby (and why wouldn’t you, it’s in the name), it’s actually a different gemstone entirely, both in name and in chemical make-up. Chemically speaking, a spinel is made up of magnesium, iron, oxygen, and chromium. A ruby is made of the mineral corundum. Cabochon means the gemstone has been shaped and polished instead of faceted, which makes it rounded and flatter than the multiple faceted sides of a diamond.

The Black Prince’s Ruby dates back to the mid-14th century. Let’s take a look at some of its historic moments. 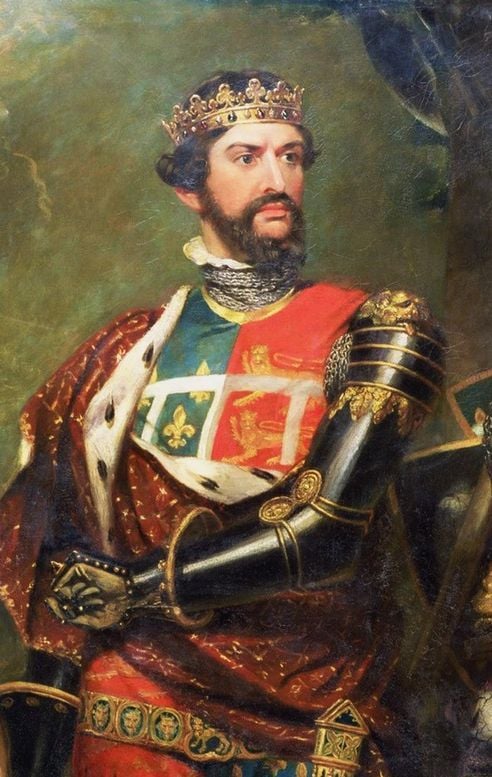 To start off, the name “Black Prince” comes from Edward of Woodstock, who was known as the Black Prince. That title came about after he died and was probably a reference to the black armor that he wore. The stone has been owned by England’s rulers since being given to him in 1367.

It’s believed that it was originally owned by Abū Sa'īd, the Arab Muslim prince of Granada, who may have been killed by King Peter of Castille (a.k.a. Don Pedro the Cruel). The gemstone was found on his body (possibly killed by Pedro) and added to Don Pedro’s possessions.

In 1367, Don Pedro’s brother led a revolt against him (and you thought your family was dysfunctional). He didn’t have power on his own, so he enlisted the help of the Black Prince, whose father was Edward III of England. The revolt was a success and the Black Prince requested the stone for his services. He most likely took the stone back to England. Nothing is known about it until about 1415.

Henry V of England wore a gem-encrusted helmet that included the Black Ruby during his campaign in France in the 1400s.

Richard III is believed to have been wearing the gem in his helmet when he died at the Battle of Bosworth (1485).

In the early 17th century, Oliver Cromwell had the Crown Jewels disassembled and sold. It’s not clear what happened to the gemstone at that time.

In 1660, it came back into the possession of Charles II. 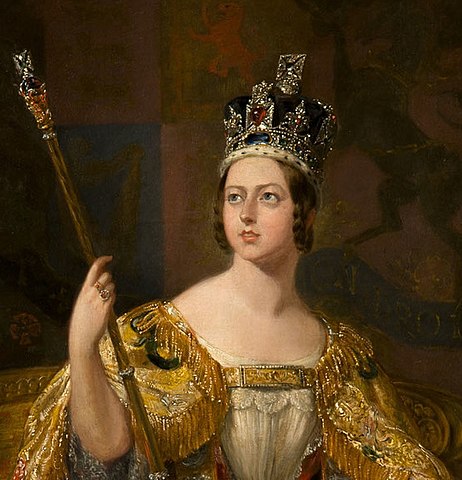 For the 1838 coronation of Queen Victoria, a new Imperial State Crown was made for her by Rundell and Bridge. It had more than 3,000 stones, including the spinel, which sat at the front.

A post shared by Jewels of Ceylon Magazine (@jewelsofceylon)

The crown was remade into the current, and lighter, version in 1937. It’s worn today by the current Queen Elizabeth for formal occasions, such as the opening of Parliament. In addition to the Black Prince’s Ruby, the crown contains 2,868 diamonds, 269 pearls, 17 sapphires, 11 emeralds, and four rubies.

The spinel has been called the “Great Imposter” due to the fact that many mistakenly think a ruby and a spinel are the same thing. The two are often found in the same mines. In 1783, a French mineralogist, Jean-Baptiste Louis Romé de l’Isle developed a test that could tell the difference.

There’s an official scale that defines the hardness of gemstones. Rubies are a 9 and a spinel is around a 7.5 to 8. Because a harder gem was seen as more valuable, this classification caused the spinel to go down to a Class B gem because people saw it as less valuable than a ruby.

While the spinel might not be a ruby, they are still beautiful and make wonderful settings in necklaces, earrings, and other jewelry. Are you looking for a special gemstone for a loved one or to add to your own collection? Give Pinetree Jewelers a visit. You can even consult with an expert jewelry designer to create a custom piece of jewelry. Let us know what you find.