John "Tig" Tiegen is one of the most unassuming people we've encountered. His humility hides his valor as the man who led the defense of the U.S. Consulate during the Battle of Benghazi where four Americans lost their lives, but countless others were saved. Since then, he has been the subject of Mitchell Zuckoff's historical book account, 13 Hours: The Inside Account of What Really Happened in Benghazi (2014), and the 2016 movie "13 Hours: The Secret Soldiers of Benghazi" starring John Krasinski and Dominic Fumusa (Tig).

Tig shares with Our Community Now his thoughts on Memorial Day and what it means to him, why his marriage is the perfect relationship, what he really thinks about the book, the film, and his medals; and other humble musings and sage advice. 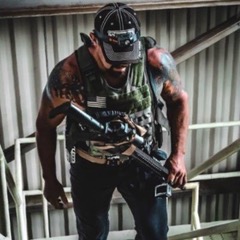 OCN: How do you and your family observe Memorial Day?

TIG: By barbecuing. For me, it's getting out there and just enjoying life. You pay your respects throughout more than one day a week or one day a year. I guess, give them all a moment of silence if you're doing something, but sitting there and just not really doing anything to me is more disrespectful than anything.

When you do pay your respects, you said you don't do it just one day out of the year. Can you share maybe one or two other ways to do that throughout the year?

I've done honor guard; go to other veterans' funerals. A lot of people only think about it once a year, when, obviously, my mindset is a little bit different. I think about it quite a bit.

You have had a long military and contracting career.

Four years Marine, so not a long military career, but I had 10 years in the contract part.

What was your driving force for enlisting so early, at 17 years old?

I use to live across the street from a recruiting station and so, after school—my parents weren't around all the time—I was going over there to hang out. The recruiters would give you cool posters; unfortunately, it was the Army at the time, but it's alright (laughter), I won't hold it against them. But they had a lot of cool Apache helicopter posters, so I always wanted to be an Apache pilot. Then, in fifth grade, I found out I had to wear glasses and you couldn't be a pilot back then and wear glasses. When I found that out, I thought, "well, hell, what am I gonna do?" I actually watched Full Metal Jacket, and I said, "I'm going to join the marine corps."

What part of the movie made you want to join?

It was the boot camp! It's one of the tougher boot camps that's out there. I figured I needed a little more discipline. It helped a little bit (laughter).

You've been all over the world, so why have you and your family chosen to live in Colorado?

I've been here since I was 8. So we moved from Iowa to Colorado. Everything is here and really close by—[Colorado] pretty much has everything. We can go in the water, go hiking, go scuba diving, skydiving, rock climbing—a lot of other places you can't do a lot of that stuff. And you've got the sand dunes. And you've got all the seasons.

How has the transition from military to civilian and family life been for you?

It hasn't been that difficult because before I started contracting, I did heating and air conditioning for four years. I had a little bit of a transition then, and even when I was in the service, we never saw combat. We deployed and stuff but it wasn't major at all. Then contracting, you're not gone like you are in the military. Like in the beginning, I was gone for about a year at a time, but my wife, we were both contracting at the same time, so we were actually both in Kuwait for the first year, and after that, I started with Black Water. But you're there for three to four months and you come home. You get to pick and choose when you come and go.

How long have you been married?

How did that work? Did you ever see each other?

How many children do you have?

Are you still contracting?

No, I've had offers to contract, actually got another offer to do anti-piracy stuff, but still thinking about it. August 2013 was my last contract. I deployed two more times after Benghazi. 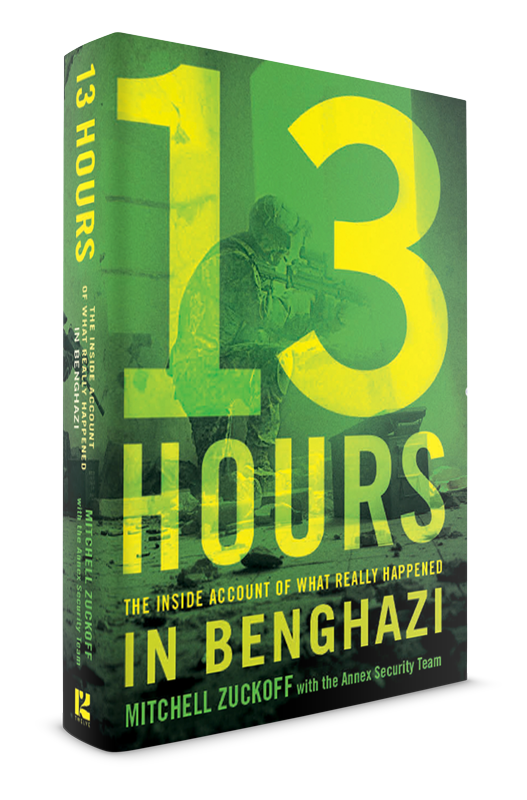 Is there anything you'd want to change in the book, 13 Hours: The Inside Account of What Really Happened in Benghazi?

The book I haven't read, so I have no idea. I mean, I lived it. At the time, I really didn't want to do it anyways. So I would just tell my part. They did three versions of the book before the final copy so I'd read my bulk portion. But I haven't read the whole entire book.

Was it kind of a healing process?

No, I think writing the book kind of sucked. It took me even a while to even talk about it. It goes back to being in that field for 10 years, like you just don't talk about things. So it never felt right doing it when I was doing the book.

Literally, the day before they were going to start the print, I said," okay, you can put my name in it."

Did you see the film, 13 Hours: The Secret Soldiers of Benghazi?

I saw it once. It honored the four guys [who were killed], that was the biggest thing. It's probably about 50-60% accurate. A lot of stuff that happened didn't happen in that way. I got shot, but I didn't get shot in the chest; I got shot in the side. I didn't lose the grenade launcher, I left it in the vehicle. No vehicles blew up at all.

How do you think Hollywood received the film?

I think it got suppressed. I did two speaking engagements in Atlanta just a few months after the movie came out and I don't know how many people came up to me and said that the movie only played in Atlanta for one weekend. It got a ton of good reviews, even if you look at Amazon, it got more reviews than a lot of blockbuster movies, but they said that the movie crashed. They definitely suppressed it as much as they could, and they kind of still do, sometimes.

What was the game-changer for you to begin speaking?

When I started talking, that became therapeutic. And the more you go on, there's a lot of people who don't know the story, or they think it's how the news was telling it. I just did one [speaking event] in Arizona in front of a bunch of veterans. But a lot of people still believe that Ambassador Stevens was tortured, raped, and mutilated. That never happened. The family of Stevens didn't even know that until we came out with the book. That's complete bullcrap in my opinion. They should have told them exactly what happened to him. They had video footage because I got to see it from the moment they took him out of the window, dragged him to the car to the hospital. They could have clarified that with the family and they never did. His fiancé even called because she found my phone number called me and asked me. I said, "No, this is what happened." The relief was just ... again, that was 2015 when she finally got a hold of me. I'm the only one who saw that video out of the GRS team.

So going off telling the story again kind of just clarifies what we did on the ground. I don't talk about what they did back in the states because I don't know—didn't care—I just worry about what's going on there.

What advice would you give to those who want to enlist?

Don't be discouraged to enlist. Just make sure you know what you want to do, and don't join just for the recognition and expect people to treat you different. I joined for me, I didn't join for anything else. I wanted to do it. You join because you want to join, and that's it.

When you're going in, listen to your drill instructor. Boot camp is nothing but a mind game. They're just there to screw with your head. They want to break you, that's their job. They break you down and they build you back up. If you go there physically fit, it'll be a cakewalk. At least it was for me. When you're in, just do the best you can, don't be a wuss.

How do you see that your service benefits communities moving forward?

It probably doesn't at all (nervous laughter).

The story of what we did that night will probably inspire a lot of people, I guess. It's one of those things—we never gave up. Not really knowing that the odds were stacked against us. We didn't think about it. We just kept fighting for each other. 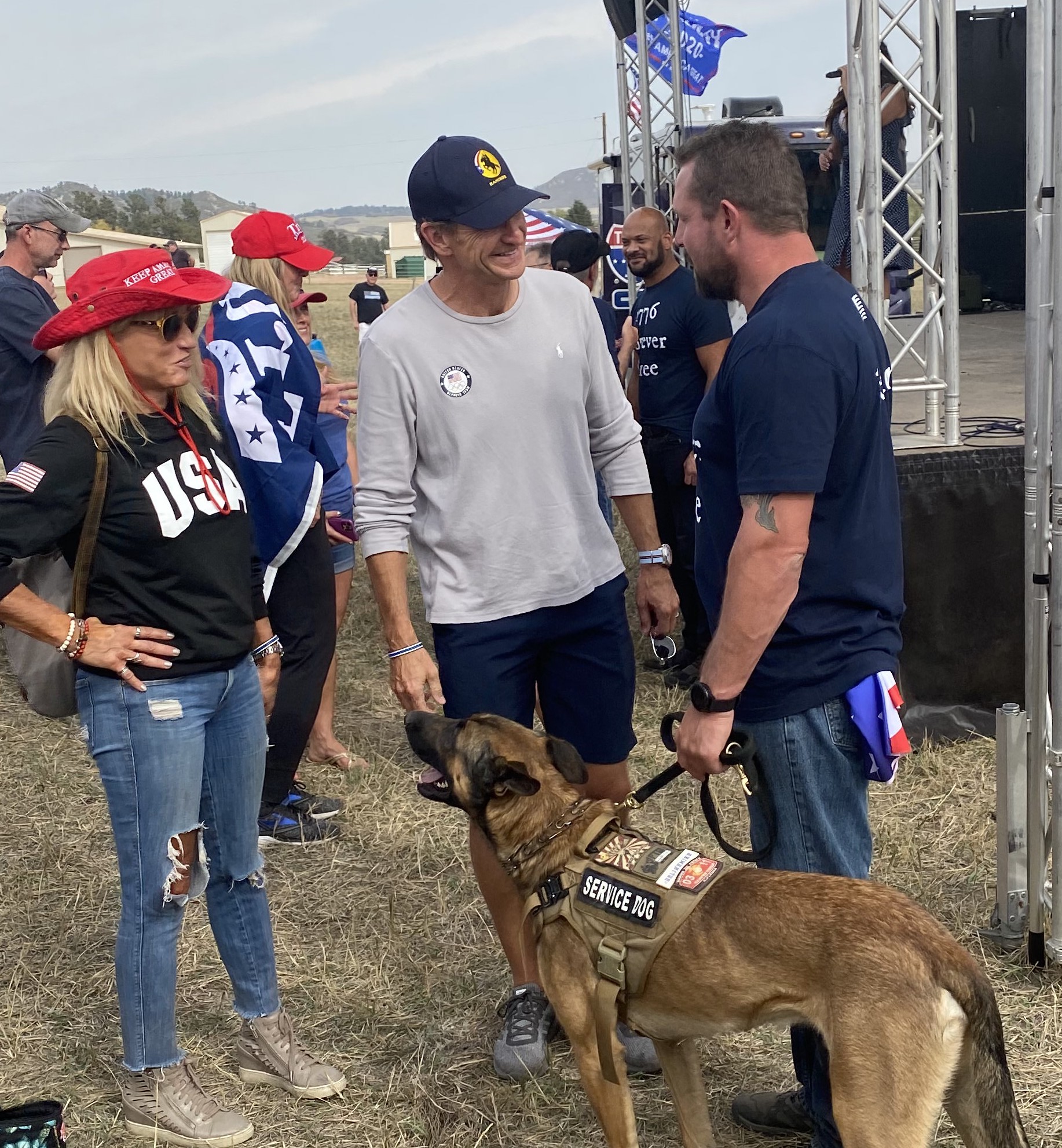 What do you think of your Heroism and Valor medals?

The one we got from the CIA was really just a coaster. Normally, they would give people who did what we did the Intel star, which is equivalent to the Congressional Medal of Honor. You can wear it on a military uniform. But they made up this new award just for this event and the cook and the maintenance guy got the exact same thing. So it doesn't really mean a damn thing. I didn't do it for the award.

What's had more meaning to you than even the Intel star?

Every now and then, you get these messages from people saying, "You encouraged me to do this, do that." I think that's what it is. The impact you have on individuals. What we did ... changed people's lives back home that weren't even involved in it at all; just seeing what we did and how we handled it changed what they're doing and how they're handling it.

We actually had a veteran who was contemplating suicide and heard about our story and flipped it. Our foundation got him a service dog and all kinds of stuff.

What would you like this younger generation to know about Memorial Day?

Have you heard Tig speak and/or read the book or seen the movie 13 Hours? Shout out to him in the comments.