One family member of a deceased military nurse has something to say to the person who takes care of the grounds at Arlington National Cemetery.

You don’t know me and I don’t know you, but you take care of something very precious to my family. You have been doing your job since 1864 and will continue to do so long after I am committed to the earth. You are entrusted with making sure that Miss Roberta Lee — "Lee," as she preferred — has a clean, well-maintained final resting place. This is my great-great-great aunt, and she needs looking after.

Before we continue, allow me to fill you in on this lady, so that she appears as less than a headstone and more of a human being who pledged her devotion to her country, wiped the blood from a soldier’s face, and felt pulses cease. Lee left her home in Austin, Texas, to serve in the first contingent of Red Cross nurses that were deployed to Lau, France, in 1914. In these early days of WWI, nurses were not military members but rather in the service of the Red Cross. As the war stretched on, Lee would become part of the United States Army Nurse Corps. She was there before the United States entered the war and even after when she, eight other nurses, and two doctors stayed behind to serve the Russian Red Cross and Caucasus Army. After finishing her duties there, she was sent to Persia to set up a 200-bed hospital in Khoi, then on to Kasbin to oversee a military and civilian hospital. Just because the war was over didn’t mean that her job was. 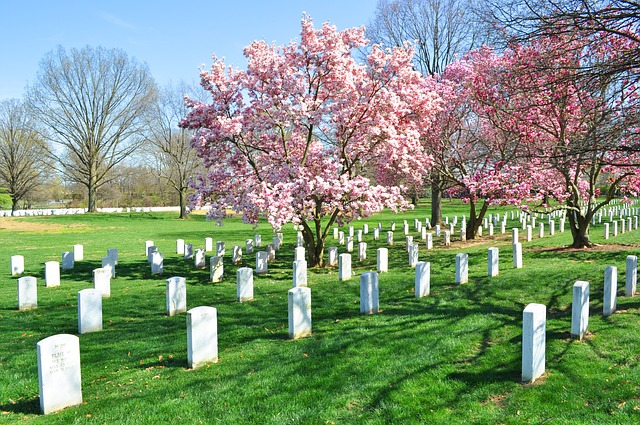 For her service during WWI, Lee received the Medaille de la Reine from King Albert and Queen Elizabeth of Belgium as well as the Order of St. Anna from the Czar of Russia. In attendance of her decorating were other distinguished military officers and even General Pershing himself. These honors would make her the first female graduate of UT-Austin to receive a military decoration.

Lee returned to the States and continued her nursing career until her death at age 75. She passed away just a few short months before the United States would enter WWII, and I am just a little bit thankful that she didn’t live to see the atrocities delivered to Pearl Harbor. That being said, I also have a feeling that if Lee had been alive you wouldn’t have been able to stop her from serving her country once more. Texas women are a bit tenacious like that.

Lee is buried in a special section devoted to Army nurses, and I am glad you are there to tend to her and the other brave men and women who may have found themselves rushing onto the battlefield to tourniquet a limb or assist in surgeries with only a canvas tent to shield them from the hell of war.

You, dear groundskeeper, may feel overlooked in comparison to the uniformed officers, the 21 gun salutes, the caissons, or the families in mourning.

I see you. I am grateful for you. I have to be honest: I only learned of Lee’s existence a couple of years ago when my uncle began researching our family’s history. I once lived only five miles away from her in Arlington’s Ballston neighborhood. Had I known this, I would have brought her flowers — bluebonnets, if possible. I would sit with her and talk. I would quietly sing The Yellow Rose of Texas. It hurts my heart wondering how long it’s been since she’s had a visitor. But you’ve been there. You always have been. You always will. I wonder if you say a prayer when you see the cross that is etched on her headstone, if you hum a gentle hymn, if you say "hello," or if you say nothing at all.

You service a diverse group of individuals – from PFCs to presidents to the Unknown Soldier. Some have been entombed since the Civil War, others since Afghanistan. Some lived full lives after their military service while others came home in flag-draped coffins.

You have a somber job, no question. You are there to wipe down mud and dust and to trim the grass that creeps up over headstones. It may not come off as glamorous, but somewhere there is a grieving mother who is happy to know that someone is tending to her son’s grave — and will continue to do so after she is gone. For some, Arlington National Cemetery is a tourist attraction; to others, it’s a venue for a family reunion. It is truly a remarkable and beautiful piece of land, all because of your hard work. If you feel that your job is thankless, I assure you that is not the case. Sometimes we forget to be thankful for those who work behind the scenes when tears are clouding our vision and the cruel sting of nostalgia jabs at our hearts and memories. Those who are buried in this hallowed ground will never be lonely because of you. They will always be cared for.

On behalf of my family, I send out my sincerest gratitude to you, dear groundskeeper. When I do find myself once again in Arlington, Virginia, I will look for you around Plot 143, smile, nod, and give you my thanks. Just as I give anyone who has served our country words of gratitude, so will I do for you.