Benjamin Banneker: The Man Behind the District of Coexistence

Benjamin Banneker: The Man Behind the District of Coexistence

There is a good reason why everyone in D.C. should know this African-American, gay, son of a slave, grandson of an immigrant, almanac author, surveyor, naturalist, inventor, mathematician, musician, and farmer – by name.

It’s the same reason why D.C. is my favorite city in the world. Being an immigrant, I have never felt this comfortable anywhere else – not even in my homeland where I was considered a minority. This comfort zone is even more special considering D.C. stands like David in the middle of two Goliaths – Virginia and Maryland. These two states were ranked 12th and 19th most racist states, according to the World Population Review. The events at Charlottesville two years ago didn’t help the cause either. Whether it's the Pride Parade or people of color dancing in the streets, D.C. has always been at the vanguard of movements for coexistence. Why today's D.C. culture embodies this cherished American value can be attributed to numerous factors, but in my humble opinion, there is one significant reason buried deep in history that makes D.C. equal for all – Benjamin Banneker.

The life of Benjamin Banneker is as fascinating as the fact that very few people know about how fascinating his life was. Just so you can fathom the scale of his story and imagine the man, picture this: 250 years ago, a gay, black man – son of a freed slave – was not just fighting with the elite of America; he was called to assist the government in creating the capital of the country. Most of his story is spread like breadcrumbs with contradictions and conflicting accounts across the internet. And understandably so. Because the story of this unique man peaked at a time when blacks were rarely acknowledged for their achievements let alone their deeds being recorded for history. 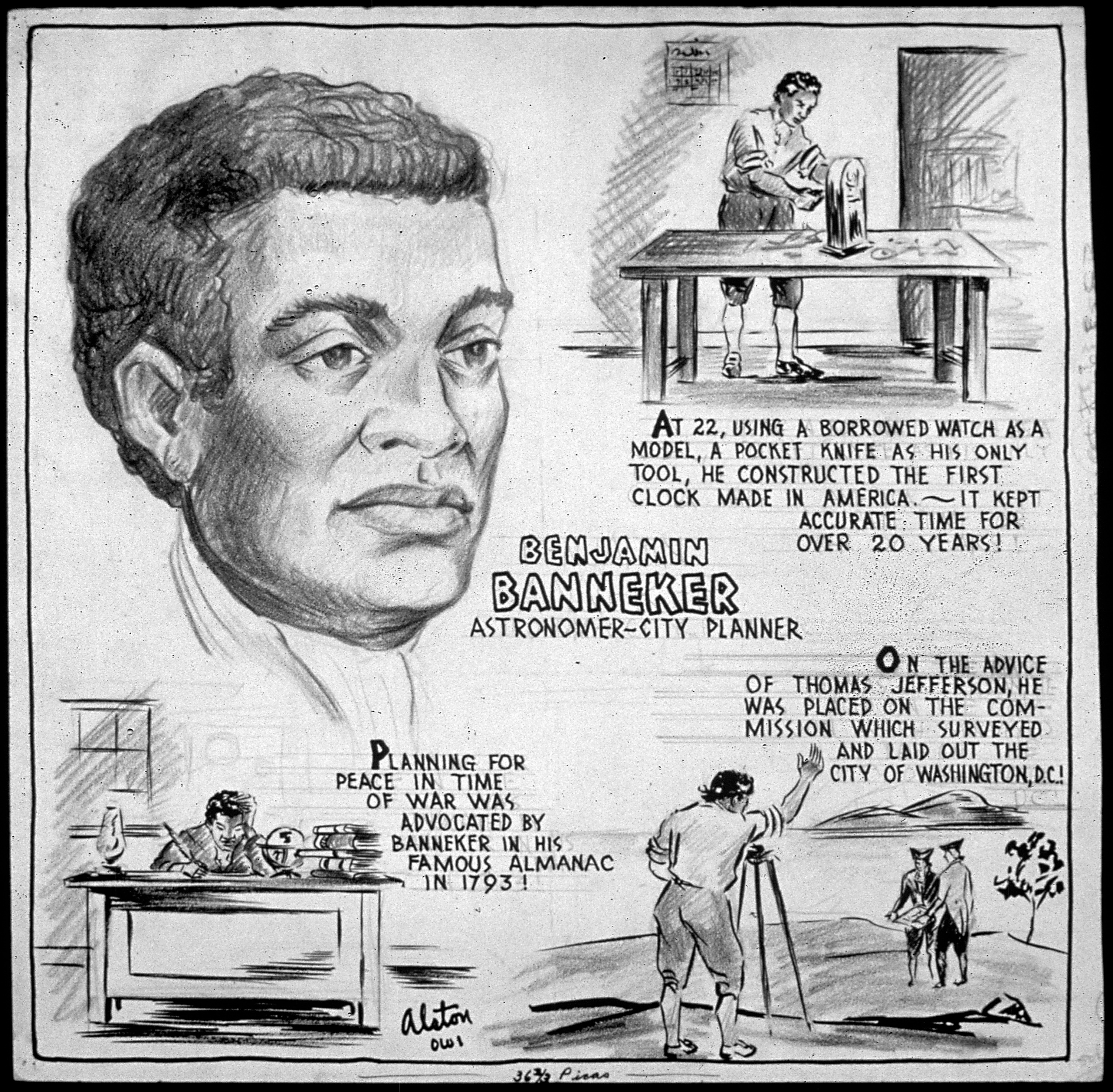 Born on November 9, 1731, in Baltimore County, Maryland, Banneker was an African-American almanac author, surveyor, naturalist, inventor, mathematician, and farmer. This remarkable story started with Banneker’s grandmother, who immigrated to America and married one of her slaves. She gave birth to Banneker’s mother, who also freed and married a slave. Banneker attended an elementary school for some time and was forced to leave school at an early age to work on the family farm. Initially homeschooled, he was taught by his grandmother and later on self-taught various sciences, most notably mathematics. An avid reader and thirsty for knowledge, Banneker consumed books like a kid would devour free chocolates. At 22 he created a clock made entirely of wood. The clock kept time for over 50 years and became famous as the first-of-its-kind clock built in the New World.

In 1772, Banneker’s life changed forever when George Ellicott moved near his farm and became his neighbor. They became friends as they shared numerous interests including their passion for science. Seeing his interest, Ellicott started lending Banneker books and instruments. Banneker started pursuing his lifelong interest and began making astronomical calculations for almanacs. At 58, when many are thinking about retiring, he accurately predicted the next solar eclipse. "Benjamin Banneker's Almanac" was one of the first books written by a black man and probably the first best-seller as it sold out year after year. His knowledge and expertise made him famous, and in 1789, he became the first African-American appointed to the President's Capital Commission.

The entire country at that time was buzzing with the excitement of the new capital, and the topic was the center of debates and discussions across America. The selection of the "Federal City" (now known as Washington, D.C.,) created a lot of anticipation, especially among technocrats living in Virginia and Maryland. Everyone wanted to be associated with this monumental plan, including Pierre Charles L'Enfant who used various means of persuasion to get involved in this prestigious project. In 1791, President Washington appointed L'Enfant to plan the new "Federal City.” The letter outlining the task was sent by Secretary of State Thomas Jefferson, who was overseeing the plans for the capital. 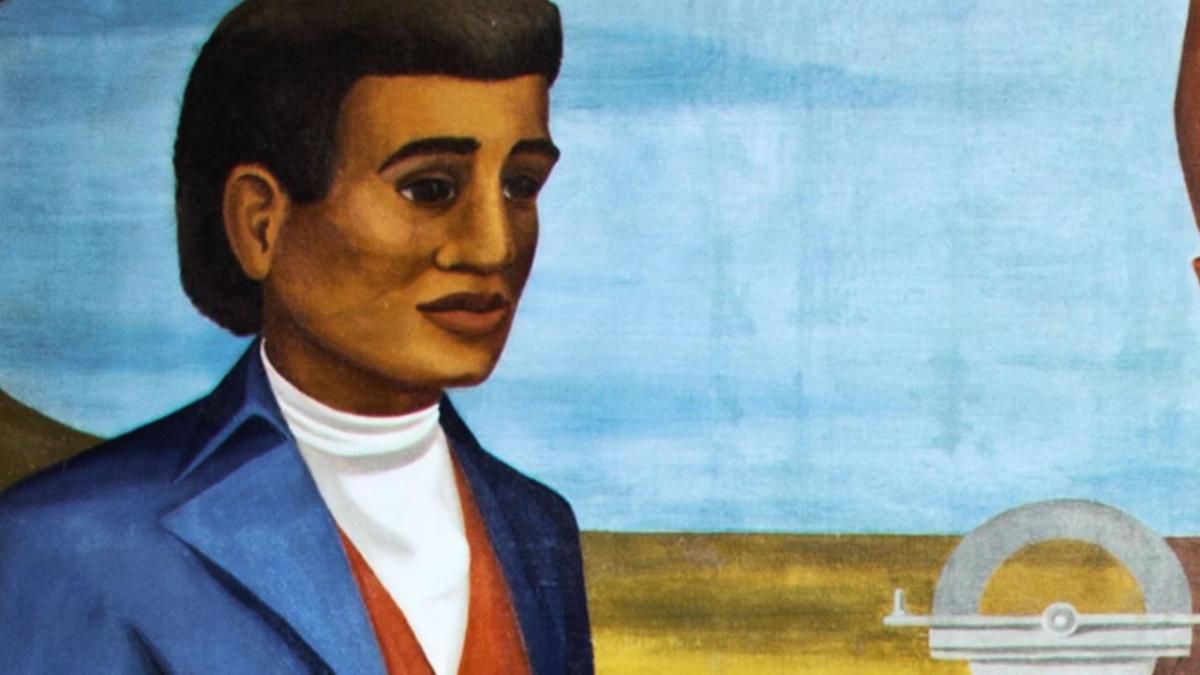 According to Elias Ellicott to James Pemberton, 10 June 1791, Pennsylvania Abolition Society Papers, in order to promote “the Cause of Humanity as many are of Opinion that Blacks are Void of Mental endowments,” Banneker obsessively applied himself to the study of astronomy. His work drew the attention of Major Andrew Ellicott, a cousin of George Ellicott, who was so impressed by his passion and proficiency that he employed Banneker as an assistant during the preliminary survey of the Federal District. This was the time when Banneker was introduced to Thomas Jefferson. This was also the time when the exchange of those famous letters between Jefferson and Banneker took place, where Banneker pleads his case for equality for all. (To read Banneker’s letters click here).

Writer and L’Enfant biographer Scott Berg tells us that L'Enfant's design was based on European models translated to American ideals:

"The entire city was built around the idea that every citizen was equally important, the Mall was designed as open to all comers, which would have been unheard of in France. It's a very sort of egalitarian idea."

One of his most remarkable contributions, although there are many conflicting accounts about it, was that he saved D.C. through sheer mental prowess. After a year working on the project, L'Enfant, who was known to be extremely temperamental, had a dispute with the government over the design. He quit after almost all the designs were finalized and left the city, taking all the plans with him. Legend has it that Banneker helped Ellicott by reproducing from memory a complete layout of the streets, parks, and major buildings. (Click here to read about it.) There is no hard evidence to support this feat, but the one thing that can be said with certainty is that Banneker was a vital member of the diverse team that helped in creating this beautiful city we know as Washington, D.C.

Many historians believe Benjamin Banneker was gay. Predictably, there is no definite proof of that. This was a time when Banneker was fighting to prove that blacks are physically and mentally equal to whites and a time when homosexuals were considered mentally incapacitated.

“Poverty, disease, and violence are more tolerable than the pungent stings ... which guilty passions dart into the heart,” he wrote in one of his essays.

Many have listed him as gay in various biographies and articles, including Aslan Brooke in A Few Black Gay or Bisexual Men and Women Who Changed the World.

The speculations were based on the facts that he never married and lived an isolated life, as well as the various essays that Banneker wrote. He was a deeply religious man and read the Bible daily, which may have also quashed any gay tendencies that he might have had.

Benjamin Banneker spent his last years doing what he loved the most: reading, writing, and fighting to refute that blacks are an inferior race. The entire world could still learn from his words:

"Ah, why will men forget that they are brethren?”

It is believed that to erase his existence from history, all of his work, writings, and possessions (including his famous clock) were destroyed by arsonists on the day of his funeral. In a city full of museums and monuments, very few people know about him, and even fewer know about his remarkable contribution in making D.C. what it is today.

What is D.C. today, you might ask? Well, if there was an Olympics for Human Values, D.C. would surely win the gold for coexistence.

What are your thoughts about D.C.? What values are representative of D.C.? Let us know in the comments!