Meet the home that has been called one of the most haunted in America.

In 1995, the television show Sightings was called upon to investigate strange occurrences at the residence of the Lee family. What the show's investigators found was just a small bit of the phenomenon that the Lees had been living with since they moved into the home.

So, what was really happening in the home on Swan Road? Was it sitting on a portal between the living and the dead, or was it something less sinister, but no less frightening, caused by our own government?

Eerie noises, lurking shadowy figures, and strange odors. Sounds like a tailgater at a Raiders game. Kidding, kidding, Raiders fans, don’t get your jerseys in a bunch. These are actually just a few of the many things that have been seen and heard on the Lee property.

In 1990, Steve Lee moved his family into the residence in the Black Forest area. Secluded and surrounded by dense woods, it was a dream home for the family. 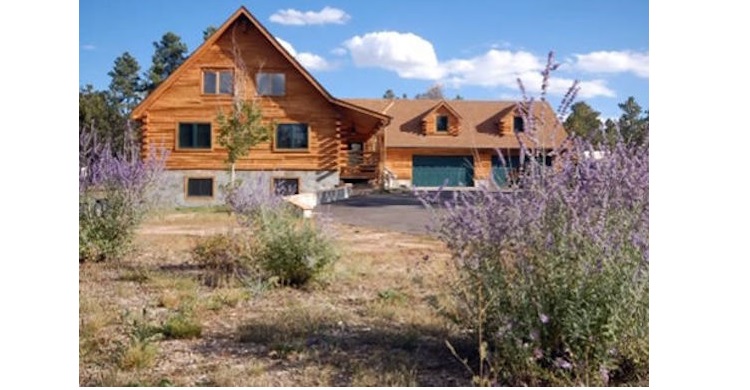 Unbeknownst to the Lees, the previous owner allegedly had experienced intense paranormal activity there. He didn’t share his experience because he thought people would just laugh at him and call him crazy. When the family purchased the home, they were basically going in blind to a supernatural sinkhole.

The activity started pretty small with lights and electronic devices turning off and on, along with some strange noises. Weird, for sure, but not unheard of in homes surrounded by trees and natural space.

Weirdness really jumped up a notch when the children began to see shadowy figures skulking about the woods around the home. Soon, the entire family was affected by a recurring “chemical” odor that burned their throats and ears.

The Lees initially felt that they were the target of pranksters. However, after they installed motion detectors and cameras, they were convinced otherwise. The motion detectors started going off when nothing seemed to be near them, eventually tallying up 62 alleged “break-ins.” The problem was there was not one single piece of evidence that anyone had been in the home, and nothing was missing. In fact, local authorities would make 45 separate trips to the cabin, never finding any proof of criminal activity. Steve Lee decided to up his surveillance game by adding more cameras in the home, and he captured some pretty sinister orbs, random beams of light, and ghostly forms with a face. Many of these images were published in Fate Magazine in November of 1994.

“One day we came home, and it was like the 4th of July in our living room and bedroom. We had all kinds of lights flashing through, and it sounded like people stomping across the roof. We would lay in bed at night and hear chains rattling. One night we woke up and heard orchestra music. Strange things started happening every day,” Beth Lee stated in a book titled, Haunted Places: The National Directory.

Being convinced their issues were not natural, the Lees decided to bring in the big guns.

While ghost-hunter shows seem to be on every channel these days, except maybe ESPN (Gridiron Ghost Hunters, anyone? Call me, ESPN), Sightings was an OG on the supernatural block. The show paid a visit to Black Forest and extensively captured what has become one of the most famous hauntings in America.

A Case for the Supernatural

From the get-go, the spirits made their presence known to the production crew. Cameras were knocked off tripods, a producer appeared to go through an attempted possession, and the medium, Echo Bodine, felt that there were as many as 20 spirits in the house, with one being particularly malevolent. In a creepy turn, one of those spirits was identified as some the family knew, a son of a friend who had died of an overdose. The apparition reportedly told the medium that he was actually murdered.

The television show crew experienced so much activity that they came back six months later with psychic Peter James in tow. He confirmed the first medium’s findings, pinpointing much of the hauntings as originating from an upstairs closet and from a 100-year-old mirror kept in the master bedroom. 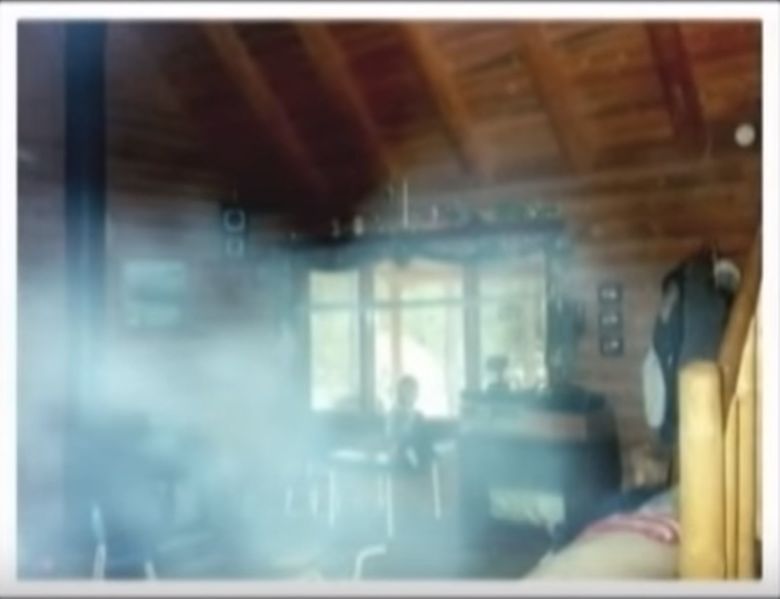 Adding weight to these claims photographs taken of the mirror (photo at top of page) and throughout the house, with many of them showing orbs, ghostly faces or strange streaks of light.

So what might explain the spooky activity? It is reported that a Hopi shaman felt the property was located on a “rainbow vortex,” a gateway between the worlds of the living and the dead.

While the spirits that are traveling through the rift aren’t necessarily haunting the property, they are using it as a way stop into our world.

Not everyone is convinced that there’s a supernatural explanation for the happenings in Black Forest. Steve Lee himself has been quoted in a few places discussing his non-supernatural theory on the events at the cabin: government experiments.

He has told reporters that he felt from the beginning there were trespassers on the property, and his cabin was near a government facility that is home to top-secret experiments and more. Lee related that security personnel guarded an area nearby the home, claiming he saw black-clad, armed men lurking around the property. He suspects that the whole experience the family had been through was an experiment in mind control.

Lee has expressed his beliefs that the government was testing biological weapons, psychic warfare, mind-control, and “laser holograms.” He even tried to bring the FBI into the mix, without success.

“I truly think the U.S. government has a hand in this. I don’t think any one individual could get away with this for this period of time without getting caught. The government does testing out here that has military implications,” Lee said.

Because the TV show drummed up so much interest in the Lee property, many have tried to debunk the haunted theory. This includes a state senator and an electromagnetics expert. These two men, as well as most others, have walked away believers.

Interestingly, it was reported that the Lee family put the property up for sale in 2013, the same year as the Black Forest Fire that decimated much of the area. However, it has also been reported that Steve Lee has chased people off the property as recently as 2016 (which of course is his right as the homeowner, so let's give him privacy; please don't seek out this house), so we may never know the truth about the bizarre events on Swan Road.

What do YOU think? Share your thoughts with us in the comments below.

Speaking of haunted, did you know that the Capitol Hill Mansion is among Denver's most haunted?