The site of one of the Civil War's bloodiest conflicts is thought to be haunted.

Apparitions, anguished screams, the strong scent of gunpowder: these phenomenons sound straight out of a Stephen King novel, yet they remain anything but fiction at this Maryland landmark!

Antietam Battlefield, otherwise known as Bloody Lane Trail, is the site of one of the Civil War's bloodiest battles. In 1862, over 23,000 Union and Confederate soldiers were maimed, missing, or lost their lives in the grisly conflict, and many were buried at the nearby Burnside Bridge. To this day, the 1.5-mile-long trail in Sharpsburg draws tourists year-round to explore the scene, as well as joggers going out on their morning runs. However, the battlefield might be harboring something more than a rich historical past—something more sinister.

That's right: Bloody Lane Trail is suspected to be haunted, and the creepy stories that have accumulated over the years could fill a book. Visitors have reported strange incidents that defy explanation, from the sightings of spirits to the smell of gunpowder wafting through the air.

One person recounted seeing Confederate soldiers strolling through the grounds in full military garb. At first, the visitor believed them to be war reenactors, but then the figures simply vanished before their eyes.

Others have reported hearing what sounded like Christmas carols coming from the Observation Tower, specifically the melody of "Deck the Halls." This is because the Irish soldiers who faced the Confederate army had a Gaelic battle cry that also matches the popular holiday tune.

But it isn't just the trail that's spooky. Nearby landmarks like The Piper House and The Pry House have produced some eerie incidents themselves, including loud footsteps and sightings of a widowed woman in the house. 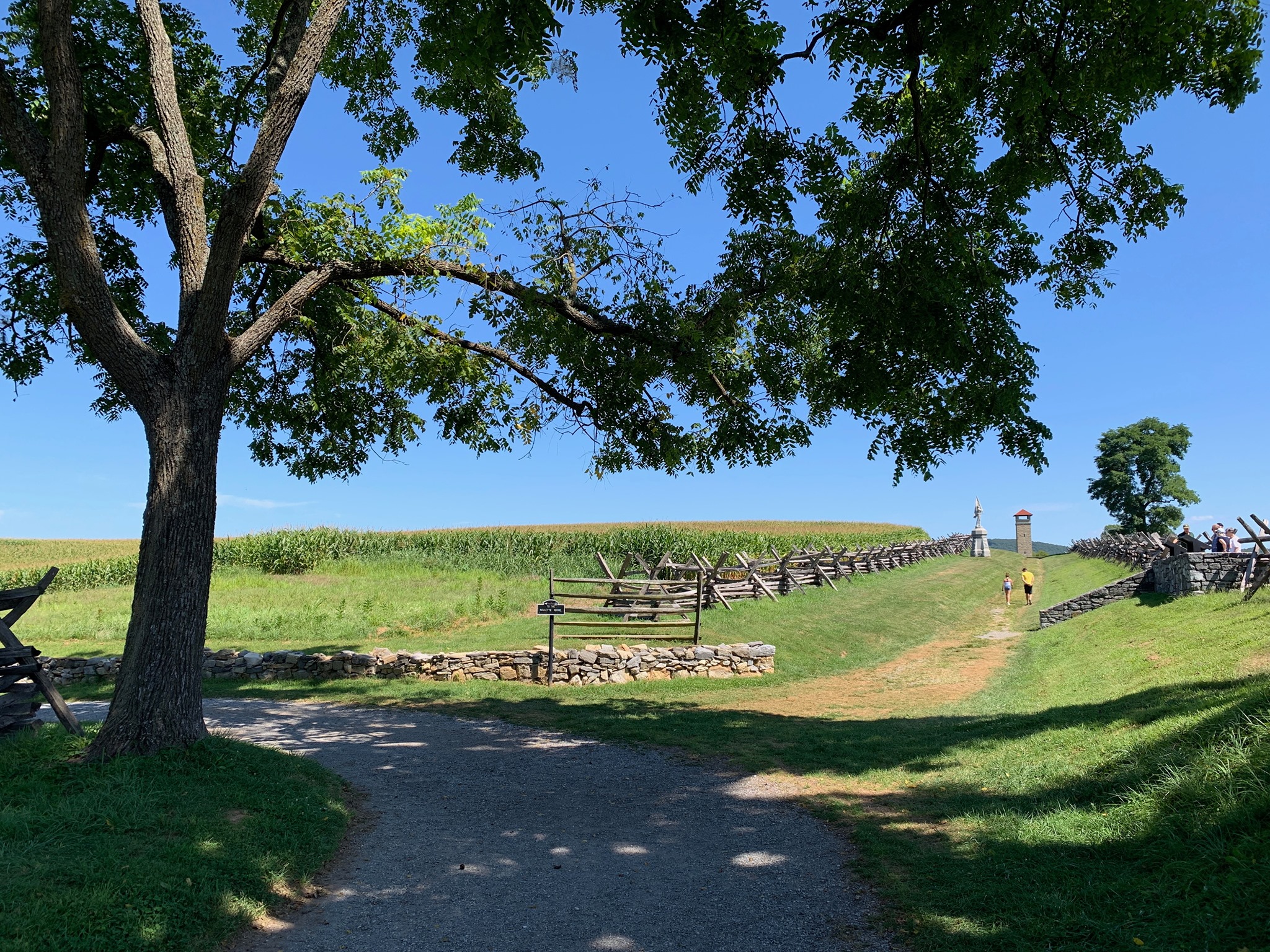 And of course, the spine-tingling tales from St. Paul's Episcopal Church deserve mention. During the war, the building was repurposed as a hospital for Confederate soldiers, and rumor has it people still hear screams coming from the injured men. It seems for some, the Civil War never quite ended!

So the next time you venture onto the sunken path, keep these in mind if you find yourself seeing things or smelling smoke. It could just be nothing ...

What do you think—is Bloody Lane Trail haunted? Have any personal experiences with the supernatural you would like to share? Join the discussion in the comments!