Can a Maryland-Bred or -Trained Horse Bring Home the Triple Crown Again?

Can a Maryland-Bred or -Trained Horse Bring Home the Triple Crown Again?

Six horses from Maryland, and just as many with Maryland trainers, want to follow in the hoof-prints of the original Triple Crown winner, a Maryland-trained thoroughbred named Sir Barton.

Whether you're a fan of big hats, mint juleps, or—you know—actual horses and racing, the spring is the greatest time of the year. That's because it's racing season, with many qualifying races being run between late January (when Triple Crown hopefuls must be nominated to all three races) and the start of the Triple Crown: the Kentucky Derby.

The Triple Crown is the term used to describe a horse who wins the three biggest races—the Kentucky Derby, the Preakness, and the Belmont Stakes—in the same year. This is a huge challenge, as the races are run on different tracks, have different lengths, and take place two to three weeks apart. There have only been 13 horses to accomplish this, including Sir Barton, a Maryland-trained horse who was the first.

The first race in the Triple Crown is the Kentucky Derby. This 1.25-mile race is run on the first Saturday in May. There are 20 spots in the race, which go to the horses who earned the most points on the “road to the Derby,” the 35 qualifying races leading up to the race.

Two weeks later, the Preakness is run in Maryland. This is a slightly shorter track (1 3/16 miles) and has an upper limit of 14 racers. The number that actually race changes each year, and in the event that more than 14 enter, the spots go to horses based on winnings in previous races. There is always a spot for the top five horses from the Kentucky Derby, if they want them. 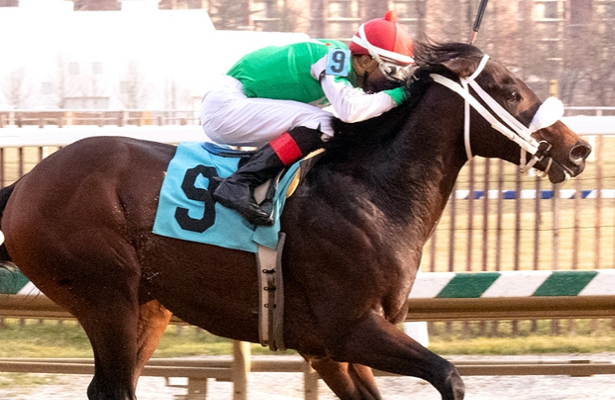 This year, there are six Maryland-bred horses among the 347 nominees in the competition for the Triple Crown: Monday Morning QB, Laddie Liam, Ournationonparade, Double Crown, Mine Not Mine, and Prodigious Bay.

Monday Morning QB is currently the only horse on the Derby Leaderboard, but he is sitting at the #45 spot with one point, which would not qualify him for the derby. There is still time for that to change, however, with 20 prep races still to be run in the season. For comparison, the horse in the #20 spot, Gold Street, has 10 points, and placing in any of the prep races can gain a horse anywhere from one to 50 points.

Are you excited to watch any of the races this spring? Let us know in the comments!