Of course Maryland’s state dog has Chesapeake in its name—and for good reason. They love swimming in the Bay!

Chesapeake Bay Retrievers, also adoringly called Chessies, are a popular breed in Maryland and can be seen on t-shirts, flags, and logos for local businesses all across the state. 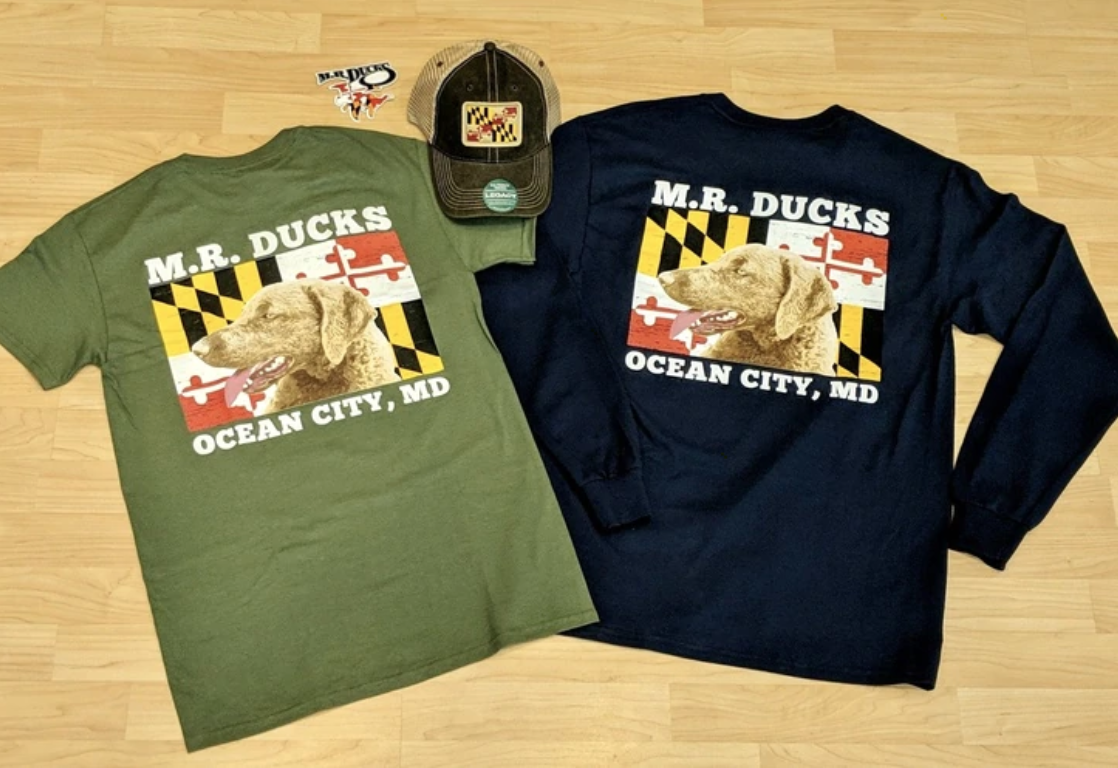 M.R. Ducks in Ocean City sells their own shirts with Chessies on them! Photo courtesy of M.R. Ducks.

These retrievers are known for their athleticism, loyalty, and unique origins, making them the perfect breed to represent the great state of Maryland!

According to the Maryland government’s website, Chessies are one of the only few breeds developed in the United States, and they were first bred and used to retrieve waterfowl for hunters. Unlike typical labrador retrievers, Chesapeake Bay Retrievers have two different coats. One layer is a coarse, wavy outer coat, and the other is a fine woolly undercoat containing lots of natural oils, making them waterproof and better protected from icy waters. 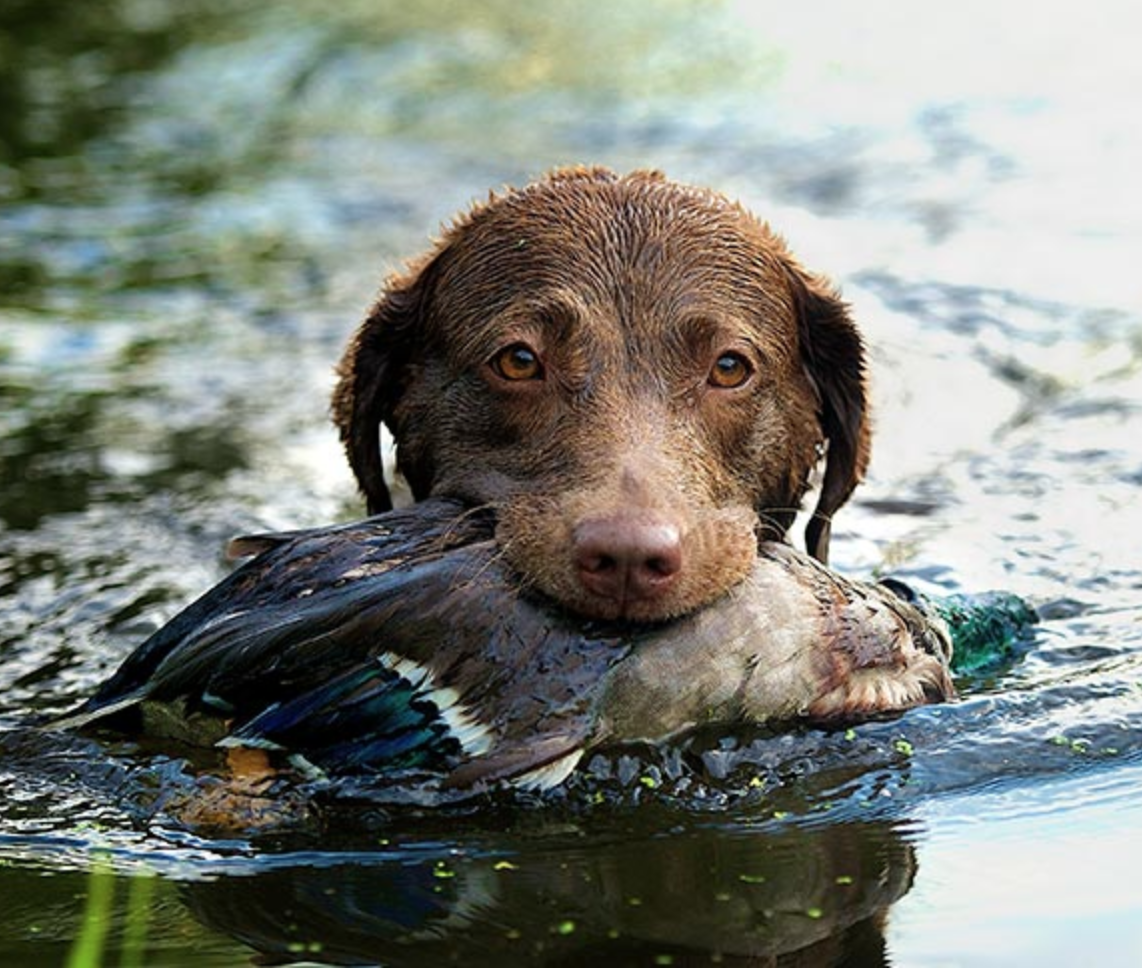 Chessies are known to be good retrievers for waterfowl hunters. Photo courtsey of American Kennel Club

Their coats come in three basic colors; brown, from a light to a deep dark brown; sedge, which varies from a reddish-yellow to a bright red to chestnut shades, and deadgrass, which is a faded tan to a dull straw color.

The American Kennel Club (AKC) registered its first Chesapeake Bay Retriever in 1878, but it is likely they appeared and were used by hunters before that. Legend has it that an English ship crashed off the coast of Maryland in the early nineteenth century, and among the survivors on board were two dogs of a Newfoundland breed. These dogs were believed to be bred with local coonhounds and eventually evolved into the present-day Chesapeake Bay Retriever.

Eighty-six years after the first registered Chessie, they were declared the Maryland State Dog in 1964. When the University of Maryland of Baltimore County was founded in 1966, it chose the Chesapeake Bay Retriever as its mascot. The costumed mascot is named True Grit—a perfect name for such a tenacious dog and county. 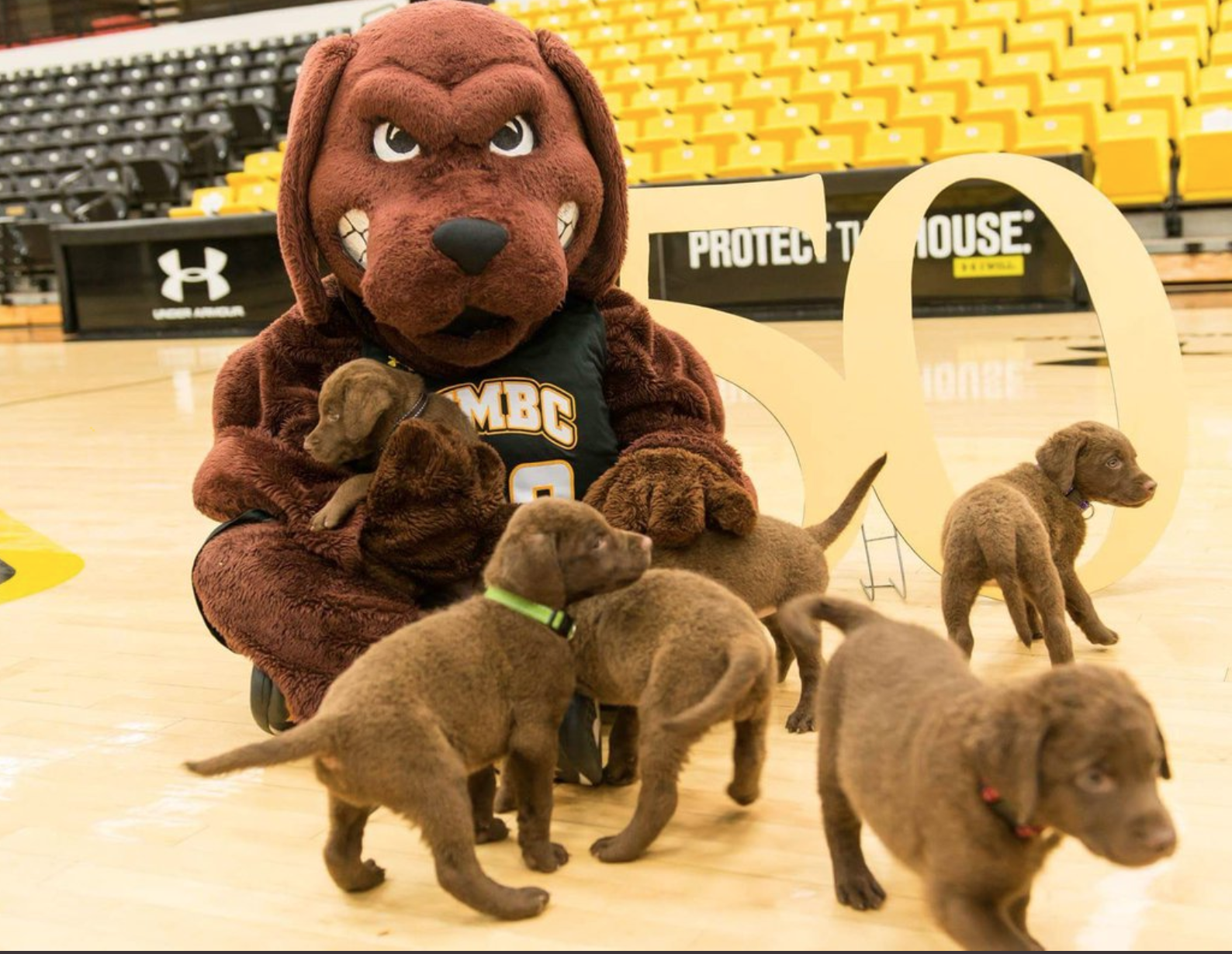 There are several organizations throughout Maryland, like the Chesapeake Bay Foundation, that are spotlighting Chessies and other water dogs for International Dog Day.

We don't deserve dogs. That's it, that's the post. Tag us in your National Dog Day post/story for your Bay or river loving dog so we can make our story all dogs today! (Cause who doesn't need a mood booster of pics of dogs?) And a special shout out to the last dog pictured, Bella. Bella is a CBF staff members beloved pup who recently went to the big dog park in the sky—love you Bella! 📷: Dale Hall, Estelle Spachmann, Santosh Shanmuga, Drew Robinson, Carol DeLuca, & Sue Donaldson #SaveTheBay

A post shared by Chesapeake Bay Foundation (@chesapeakebayfoundation) on Aug 26, 2020 at 5:47am PDT

Are you a fan of Chessies—or just dogs in general? Have your own little puppers you want to honor today? Share with us a pic of your little four-legged friend!

4 Phrases to Drop From Your Vocabulary Until Further Notice