Cold Cases: The Disappearances of These 2 Colorado Men Are Eerily Similar and Creepy as Hell

Cold Cases: The Disappearances of These 2 Colorado Men Are Eerily Similar and Creepy as Hell

A bookseller and writer vanish: two men from the same place went missing within a year of each other and in almost identical circumstances.

Cold cases have been on our minds a lot lately. We've highlighted some of the many cold cases in the past that never reached a resolution or conclusion. We decided to delve a little deeper and look at a case that has puzzled authorities since the late 1980s; the mystery of two men, who did not know each other, but lived very similar lives and disappeared under mysterious yet strikingly similar circumstances, from the same place.

This is how a bookseller and a writer vanished in Colorado.

The Mysterious Disappearances of Tom Young and Keith Reinhard

Silver Plume is a small picturesque historic town in Clear Creek, Colorado, that began as a silver mining camp and officially incorporated in 1880. As of the 2010 census, Silver Plume had a population of 170 people, declining from the 2000 census report of 203 residents.

This small town, though sparsely populated, is rich in history and legends and is known by some as a "Living Ghost Town." While there are many stories that live up to this name, we're here to talk about another mystery altogether that has surrounded the town of Silver Plume for some time, and this one dates back to 1987.

Though Tom Young and Keith Reinhard never knew each other, what became of them has puzzled authorities in Colorado for decades ...

Tom Young lived in Silver Plume in 1987 and ran a small bookshop on Main Street, living a quiet life with his dog, Gus. Not much is known about Young, or how long he had lived in the town of about 200 residents. He had only run the bookshop for about a year, but had friends in town. On the evening of September 7, 1987, Young closed the shop for the night, never to open again. After that night, Young and Gus simply disappeared. Friends recalled him saying he was planning a vacation and assumed he had left town, but as weeks passed and no word or clues came, family and friends could only assume the worst. The unsolved tale led to lots of speculation, but there were no real clues, and Young’s family and friends were simply left to wonder what his fate was. 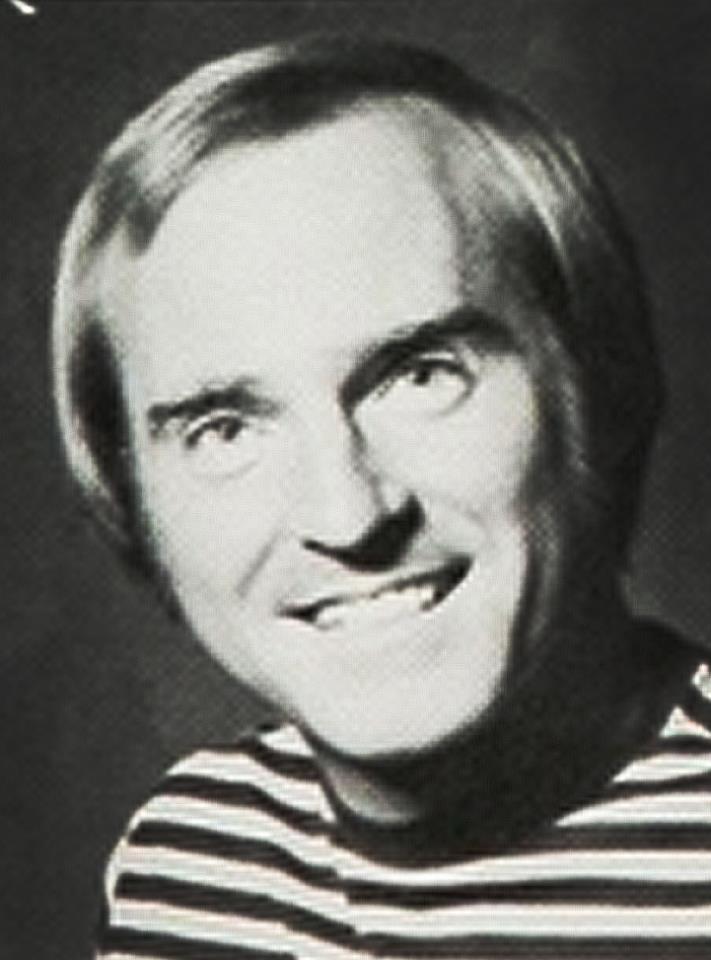 Tom Young, courtesy of Dark Side of The Mountain (Facebook)

After Young’s disappearance, life moved on—and so did things in Silver Plume. And just a few short months later, Tom Young’s bookstore was home to a new tenant.

Keith Reinhard was a well-known and respected Illinois sportswriter who had come to Silver Plume in search of inner peace. About to turn 50, Reinhard was amid a mid-life crisis-type period in his life and had come to the mountains looking for a way to let go of some stress. An old friend owned a business in Silver Plume and Reinhard longed for the idyllic picture of peace his friend painted when he spoke of the small town.

Reinhard took a three-month leave from work, explained to his wife Carolyn what he planned to do: move to Silver Plume for a few months, get in shape and overcome his fear of heights by hiking in the mountains, and work on a new novel. Though his wife was not fully on board, she agreed to let him have his time, and Reinhard found himself a small apartment in the back of an old Catholic church, along with a storefront to rent where he sold antiques and matted photographs. The storefront was the very same shop on Main Street that, just nine months earlier, had housed the missing Tom Young’s failing bookshop. 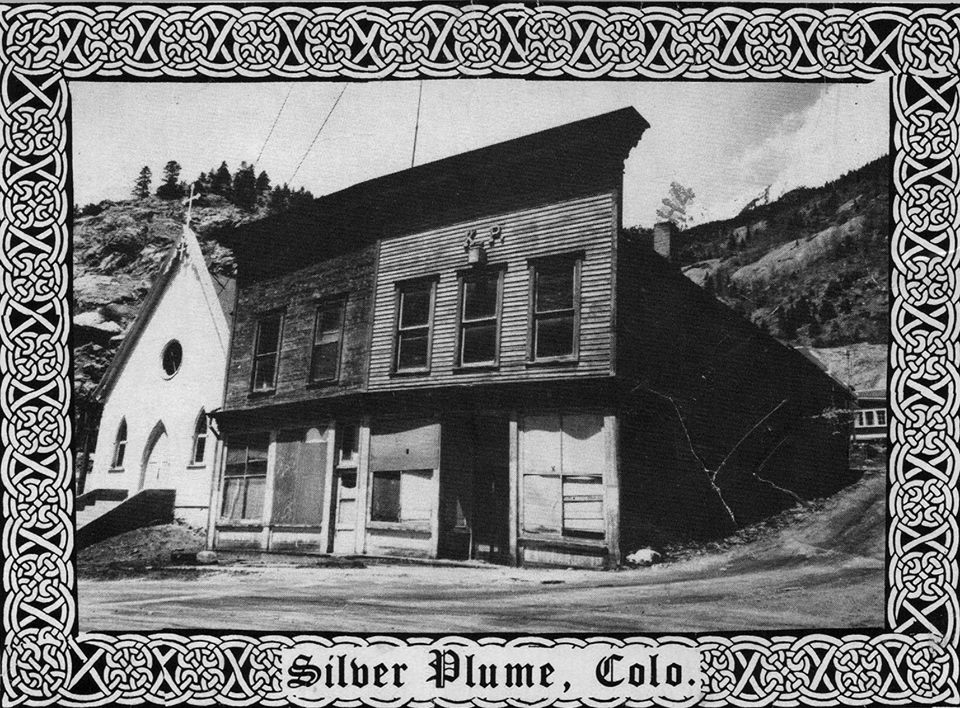 One of Keith Reinhard's photo postcards he printed and sold. Courtesy of Dark Side of The Mountain (Facebook)

Reinhard settled into life in Silver Plume and soon heard the story of Tom Young, learning that his shop shared the same space occupied by the man who left without leaving a trace.

Reinhard was not turned off by this revelation, rather, he was inspired. Fascinated by the story, he began researching the story of Young and what had happened to him. Business in the shop was very poor and Reinhard’s curiosity grew more and more, and as things in Silver Plume became less like what he had hoped, a curiosity turned to obsession. The story of Tom Young—the man who had occupied the same store, the same experience of failing business—became the basis for the novel Reinhard had come to Silver Plume to write.

Reinhard spent his days interviewing locals about Tom Young, taking intricate notes. He began to write his novel, convinced the story was going to make a great book, and created a character, Guy Gypsum—a character based on himself and Young. At times, friends and family felt he found it hard to tell what fact was and what was fiction, his own person starting to become more and more like his fictional character.

As Reinhard worked through these dark times, writing his book and struggling to make it in Silver Plume, a major breakthrough in Tom Young’s disappearance would set off another chain of events ...

On July 31, 1988, about 10 months after Young had mysteriously vanished, two hunters found a skeleton propped up against tree about an hour’s hike away from town. A canine skeleton, a backpack, and pistol were also found nearby. Both skeletons had a gunshot wound to the head; it was soon identified as Tom Young and Gus, and ruled a suicide. This, in part, was due to the discovery that Young had purchased a firearm in the week before he went missing. The explanation that Young had shot his dog and then himself did not ring true to those who knew him, Young loved the dog, and had mentioned nothing about wanting to end his life.

Reinhard took the news in stride and continued to write his novel and was seen around town, though his behavior had seemed odd, even manic at times, for weeks by then. One evening, about a week after Young’s remains were found, Reinhard took a walk around town. He spoke with a few different people and shared the news that he was planning a solo hike up to Pendleton Mountain, a six-hour trek roundtrip. Though risky, this was not the first nighttime hike for Reinhard, as he had tried once before and ended a previous attempt after experiencing vertigo. Many he told thought it was a joke, for the hike was dangerous and he was ill-prepared, and as far as anyone knows, or will say, Reinhard closed up shop and was last seen as he walked out of town on the afternoon of August 7, 1988, and headed into the mountains at about 5 p.m., saying he planned to be back late that night. 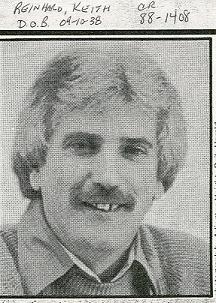 Keith Reinhard was never seen or heard from again. After his failure to return the next day, a search began. An intense ground and air search ensued, with volunteers, dogs, helicopters, and planes all looking for him—it was one of the biggest searches put on in Colorado history. The effort was called off on August 12, 1988, after a Cessna aircraft carrying two searchers crashed into the mountain, killing one onboard.

Reinhard’s case has never been solved, his body has never been found, though many think he headed out for a treacherous hike without the right supplies and met an unfortunate, but a natural end.

Others, however, have doubts and look to clues left by Reinhard himself to answer the question. One such clue was found in the manuscript for his novel. Guy Gypsum, the character created in his own image, was mentioned in the following passage:

"Guy Gypsum changed into some hiking boots and donned a heavy flannel shirt. He understood it all now, and his motivations. Guy closed the door and then walked off towards the lush, shadow-less Colorado forests above."

There were also reports of Reinhard’s last known actions, including an idea that he engineered his own disappearance. He had stopped by a party the afternoon he left and was seen talking in a very deep conversation with a mystery woman named Greta (or Gretchen), thought to be from Denver, shortly before his departure.

Questions began to surface: was she a part of his plan or just a friend he had a connection with? Had Reinhard written his own ending? Or, perhaps, did his disappearance with all its similarities to that of Tom Young mean something more? Had the men uncovered a dark secret in the seemly quiet small town? Did the shop space both men inhabited have something to do with it, driving them both to chase a cold mountain grave? Maybe a serial killer, hiding in the forests just waiting for the right victim to cross his or her path? Or had Reinhard simply run off to start over? He had done it before, after all.

The writer's personal thoughts on death were found on his desk in Silver Plume and added further fuel to the fire:

"Once you know death, once you've accepted it, the fear is gone. All that remains is the anticipation."

Did this mean Reinhard had accepted, longed for, or even orchestrated his own demise? Had he become so lost, so immersed in the tale he was crafting that it became his own reality? 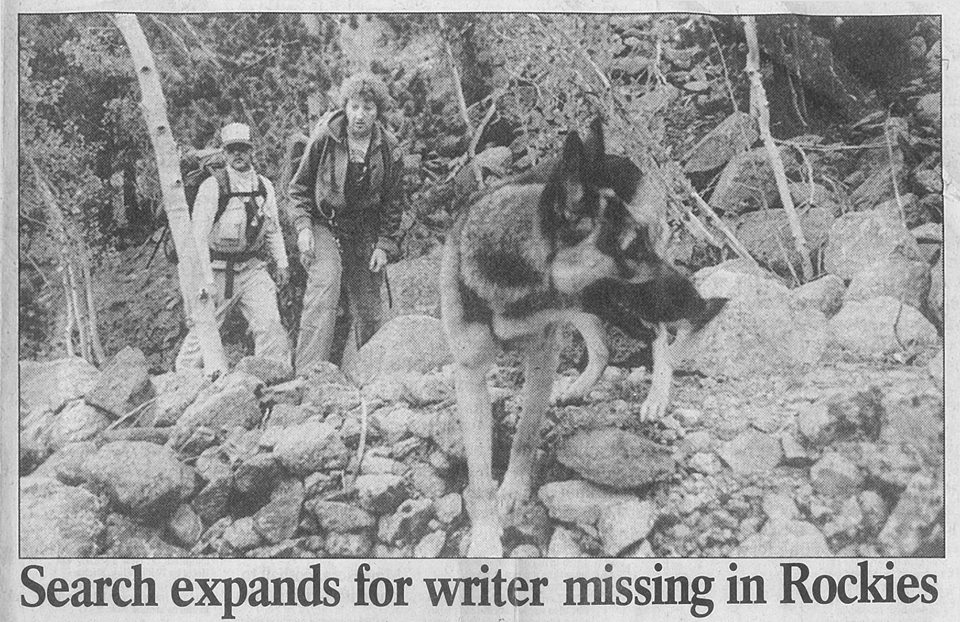 Some clues left behind by the writer do not point to a ruse, seeing as he wrote to his editor at home and asked to cover the Chicago Bulls basketball team when he returned. Plus, he had two children and a loving wife whom he had married three years prior waiting for him. His family does not believe he would abandon them and never again make contact, friends from Silver Plume and rescue teams alike think it’s likely he headed out unprepared for the mountain elements and fell, or suffered other injuries, leading to his death.

Reinhard's own words grace a plaque dedicated to him on the mountain, placed there by his son Kai Reinhard. Though written years before his journey to Silver Plume, it shows his longtime love for the outdoors and his wandering spirit:

Keith Reinhard’s case remains open, no suspects have been named, and more than 10,000 man-hours have been logged looking for him, with no clue revealed. The Clear Creek County Sheriff’s Office is still working this case and asks that anyone with information contact them at (303)-679-2376. You can view the cold case file yourself at the Colorado Bureau of Investigations Cold Case Files.

The tale could be the basis for a horror novel, a serial killer story, or even something more. Who knows what secrets are hiding in the mountains around Silver Plume. The case was featured on the show Unsolved Mysteries in January of 1990 and was the focus of a 2014 documentary film Dark Side of The Mountain.

Though there aren't any answers about what happened to either of these men or if their cases are intertwined, we can only express relief that Tom Young’s family was able to lay him to rest and move forward. Perhaps, one day, Keith Reinhard’s family will also find the answers they are looking for, and this case will be closed.

Have you ever heard of Tom Young or Keith Reinhard and the mysterious circumstances and similarities surrounding their stories? What do you think; did the men wander off and succumb to the elements of the mountain, or is there more to this mystery? Give us the scoop in the comments!

Cases of the plague confirmed in Colorado, including in the death of a 10-year-old