Did You Know That Denver Basically Invented Outdoor Christmas Lighting in the Early 1900s?

Did You Know That Denver Basically Invented Outdoor Christmas Lighting in the Early 1900s?

That's right! Denver's claim to Christmas lighting fame goes all the way back to 1907, when merchants replaced the streetlights with red and green bulbs along 16th Street Mall.

However, in 1914, the future of outdoor Christmas lighting became even brighter, cementing Denver's claim to fame for holiday flair for years to come. A local Denver electrician by the name of D.D. Sturgeon, in an attempt to cheer up his ill 10-year-old son with some much-needed Christmas spirit, decided to dip some lightbulbs in red and green paint and string them on the tree outside his window.

Not only did his son love it, but people loved it. Many folks came from miles around to see the Christmas lights, and it was all thanks to the coverage of a Denver Post reporter. It's believed that Sturgeon's small act of kindness was the first illuminated outdoor Christmas tree.

Then, the following year, Sturgeon's neighbors decided to add a little Christmas spirit to their own homes and decorated their trees, too. Fast-forward to 1918, and the original Denver Post reporter who brought the heart-warming story to light organized a lighting contest, with hundreds of Denver residents participating. And in 1919, Denver's Civic Center was decked out with holiday lights, and a year later, a tree in front of the Capitol building was aglow with lights. 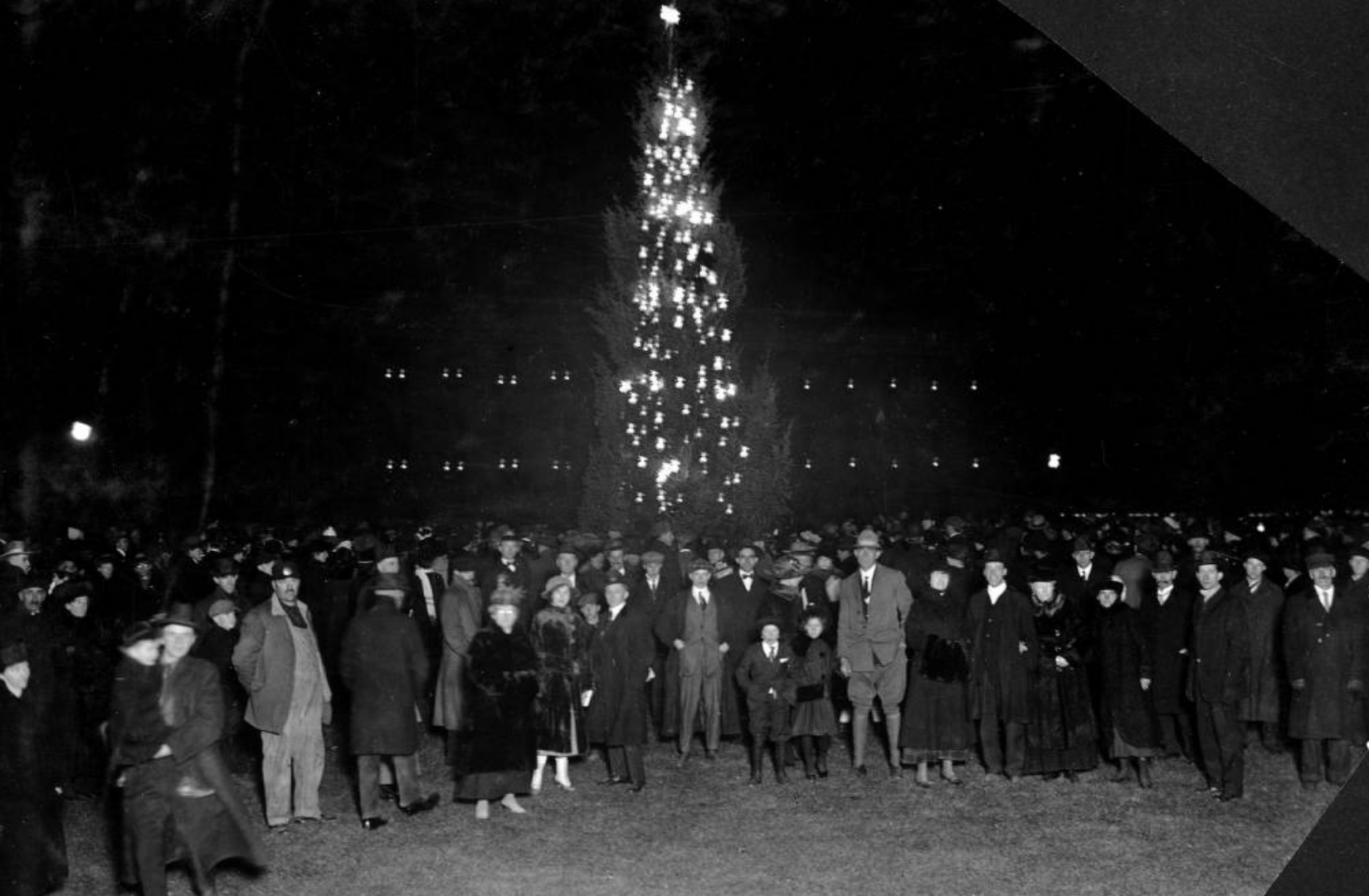 A documentary about Sturgeon and the city of Denver aired on NBC in 1945, giving them credit for bringing the Christmas tradition to life. Sturgeon was commonly referred to as the "Father of Yule Lighting," while Denver became known as "The Christmas Capital of the World."

This new trend only continued to grow from there, and it's become the beloved holiday tradition we all know it as today.

So there you have it! What do you think? Pretty awesome, right? Share your thoughts with us in the comments below, and tell us how you'll be decorating your home for Christmas this year.