Did You Know That the State Fish of Colorado Was Once Extinct?

Did You Know That the State Fish of Colorado Was Once Extinct?

The state fish of Colorado has a far more exciting past that most of us might know, as it went extinct almost a century ago, only to reappear again in 2012.

In the 1960s, populations of trout that were labeled as greenback cutthroat trout were discovered in Colorado after a scientist investigated reposts of an odd-looking trout in high mountain streams. This helped spark renewed interest in the fish and a large conservation effort began to get the species downgraded from endangered to threatened under the Endangered Species Act.

The fish was then placed under endangered status in 1973. The effort to rebuild the population was massive and lasted over the course of 30 to 40 years, with large amounts of money and manpower going into it; part of that effort led to the fish being given the title of Colorado state fish in 1994. Some folks even dedicated their careers to the cause. As the reintroduction efforts progressed, it was widely thought that the plan had worked and that the population had been recovered enough to be removed from the endangered species list.

This would prove not to be the case, however, because, in 2012, it was discovered by a research team from the University of Colorado Boulder that the only surviving wild population of true greenback cutthroat trout that existed was in a tributary of the Arkansas River, in a four-mile area of Bear Creek. At the time of this research, it was revealed that the trout believed to be the greenback was really Colorado River or Rio Grande cutthroat trout and were native to the Western Slope—this cousin of the greenback is well populated and had been spread through the rivers of the Front Range at a massive rate. 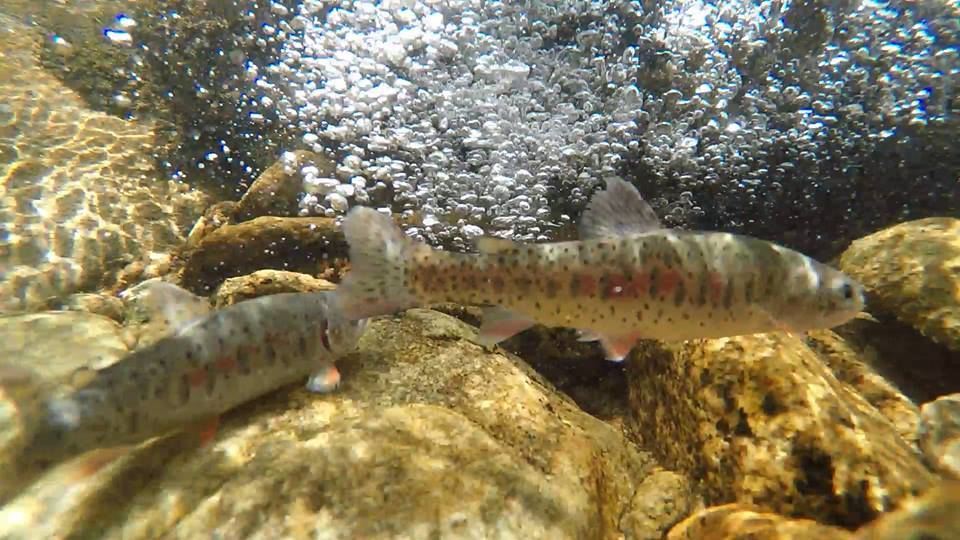 The discovery of the greenback cutthroat outside of its native range was surprising, to say the least, and it was further revealed that the population discovered in Bear Creek was the result of stocking efforts of a homesteader in the 1870s. It is believed, according to CPW, that homesteader J.C. Jones who was planning to build a hotel near Bear Creek and Pike’s Peak, had built and stocked ponds with greenback cutthroats taken from streams in the South Platte River Basin. Some of these fish made their way to Bear Creek and survived away from other trout species for 130 years.

Once this misidentification was discovered, efforts to save the greenback cutthroat trout were pushed by a new sense of motivation. As the team from UC Boulder went back into the historical research, another cause to the mix-up in the identification of the greenback was discovered after testing a preserved sample taken in the 1850s. That sample had been marked as coming from the South Platte River, but likely had come instead from the Rio Grande River. The team determined that the fish had, in fact, gone extinct in the 1930s and that, inadvertently, through the human stocking efforts from the 1870s, the fish had survived. 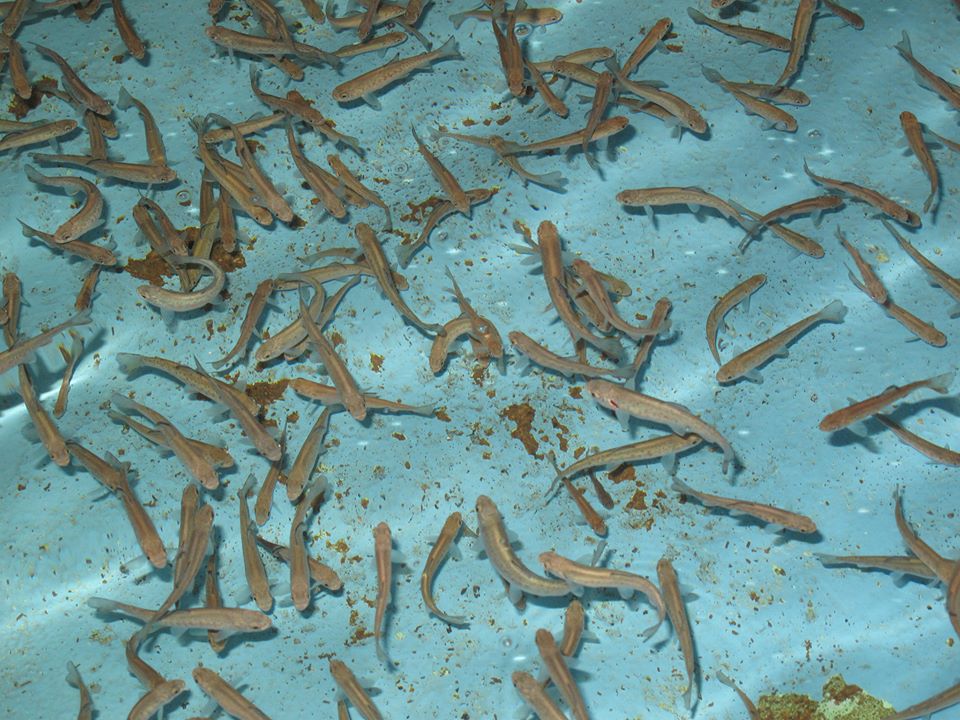 Using the 800 fish discovered in Bear Creek as a source population, the recovery effort began anew with state and federal agencies coming together on this goal. The effort has seen great success in recent years and saw the first reintroduction of the greenback cutthroat to the wild in August of 2014. Though there have been setbacks, the effort has made progress and seen growth in the greenback cutthroat population, as well as increased survival rates of those released into the wild.

The Mt. Shavano Fish Hatchery in Salida delivered around 800 greenback cutthroat trout to be stocked today in Dry Gulch. Each backpacker will deliver 13 fish they hike up. pic.twitter.com/HBkQ7X4Yti

Just this past July, CPW released 800 of the cutthroat greenback trout into the Dry Gulch stream and expect that about 40 percent will survive, a success by their measures and an increase from previous years. CPW and the other agencies have no plans on stopping the work they started in restoring the greenback cutthroat trout population.

Did you know the history of the much sought-after greenback cutthroat trout? Have you seen the fabled fish up close and personal yourself? Let us know what you think about all this in the comments.

Fact: More Americans Go to the Library Than to the Movies