Did You Know That The Washington Monument Has a 'Mini-Me'?

Did You Know That The Washington Monument Has a 'Mini-Me'?

Perhaps it's an ancient relic from a lost society of democratic Mole People ...

The truth is, the miniature is a marker that was built in 1880 and has been used by land surveyors since the early 1900s.

Today, just south of the famous monument, the Washington Monument "mini-me" sits nestled under the ground—surrounded by bricks and hiding in plain sight underneath a manhole. If you don't know to look for it, it's extremely easy to miss. 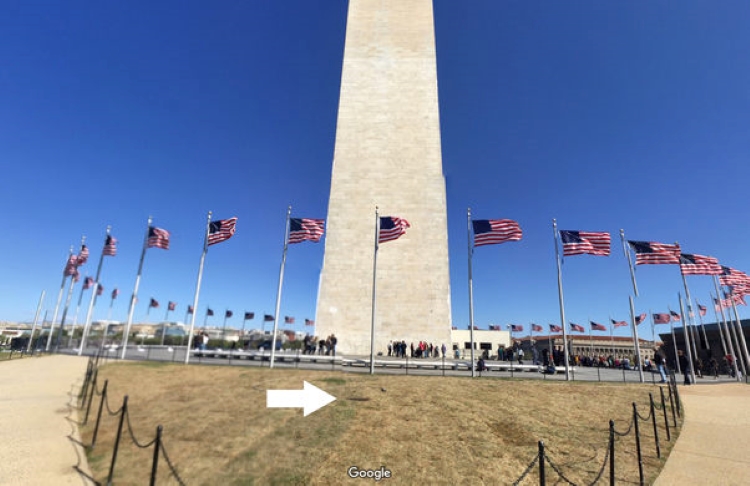 Throughout the country, surveyors-past have placed control points, or benchmarks to consistently survey from. The data needs to be extremely accurate, so most often, these benchmarks are rods of metal burrowed into the ground or metal disks placed in stone or concrete.

This particular benchmark was built with a little extra pizzazz in 1880, mirroring the likeness of the neighboring Washington Monument.

Who says surveyors don't like to have a little fun?

There was a time the marker was visible above ground. In fact, there was more to the base of the Washington Monument too. The original plans had a pantheon at ground level, but when construction resumed after a hiatus of about three years, someone decided to scrap the idea, and the fancy benchmark was surrounded by brick and buried. 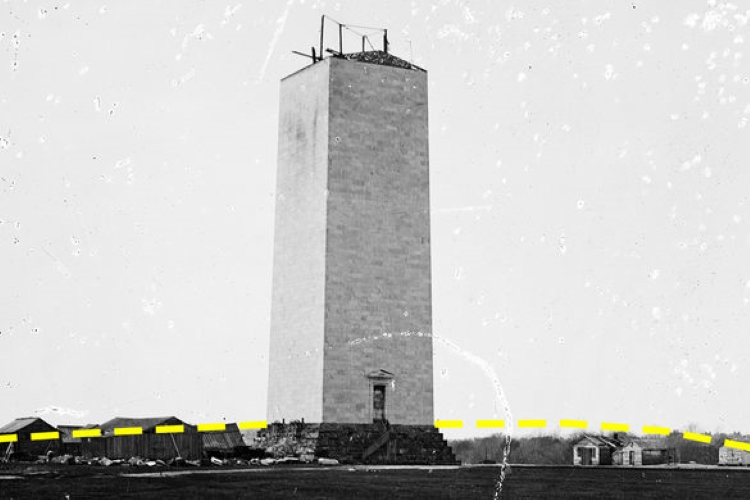 But what exactly is the benchmark for?

The information measured from these markers throughout the country is used mostly for maps, but it's also extremely important when planning for almost any kind of construction (including new roads) and land boundaries.

The data keeps track of changes over time in structures both natural and man-made and it's all a part of the National Oceanic and Atmospheric Administration (NOAA), which has many moving parts—one of which is the National Geodetic Survey (NGS).

The NGS has a lot of moving parts too, keeping up with (among other things) GPS data, nautical charts, and—you guessed it—land surveying.

Land surveying is the "science of measuring land to determine points on the ground and the angles, distances and heights between them”. It has been a central aspect of the NGS since the 1800s and is still being used today.

You know those people out and about with the tripods that look like they're taking forever to take a picture? Those are the Land Surveyors.

They can also look like this guy, who seems to have something to prove: 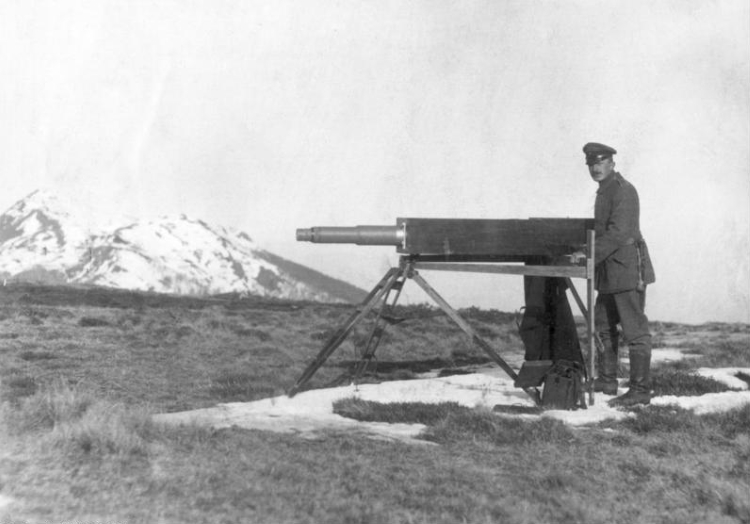 Although important, benchmarks are usually pretty subtle. There are thousands and thousands in the United States. If you want to fry your brain a little bit, take a look at this map of markers in D.C. alone!

Unlike its neighbors, someone wanted to make this particular control point a tiny monument unto itself and it was made to match the massive structure nearby. It could have been its own little sight-seeing attraction in addition to its importance as a survey marker.

Obviously, plans changed and there it's sat for over a hundred years, hidden underneath a manhole to the south of the famous monument. Pretty much only those who need to use it know that it's there.

So, even though it has nothing to do with Mole People, it's still pretty interesting, right? There is a lot more to making maps and keeping track of the modern landscape than one might think. Some benchmarks have been lost to time and you can report ones you find to the NGS on their website.

If you want to look for the Washington Monument "mini-me" though, you may want to take the advice of Atlas Obscura's Elliot Carter and check with a park ranger before you try to see it yourself!

Did you know about the Mini Monument in D.C.? Have you seen it yourself? What about Mole People? Let us know in the comments!