Watch your step ... you never know what's just beneath your feet.

Cheesman Park is a wonderful reprieve from the concrete jungle of Denver. Open spaces, gorgeous trees, and wonderful places to stretch out on the grass and look at the beautiful blue Colorado sky.

It's my favorite park, you may say. But if you dig a little deeper, literally, you will exhume an interesting, and pretty creepy, piece of Denver history and few buried secrets, too.

Back in the raucous, early days of Denver, the gold rush brought over 100,000 prospectors, entrepreneurs, and more to the city with dreams of striking it rich. Some did, most didn't, and suddenly Denver had a booming population of residents ... both the living and the dead. As many towns did in that era, Denver had to find a place to bury its residents, so own founder William Larimer plotted out a cemetery in 1858.

It was officially named Mount Prospect Cemetery and was unofficially coined as Jack O’Neal’s Ranch after one of its first inhabitants, a gambler who was murdered. The plots began to fill up quickly thanks to typhoid and other disease outbreaks, mining-related issues, and general Old West chicanery.

That all sounds fairly normal, considering we're talking about the dead. But, Denver grew past its mining and railroad hub town needs into a burg with more amenities, power, and prestige. Though it was intended as a high-society burial ground, those with money chose to bury loved ones in different places, and Mount Prospect fell into disrepair as mainly a place for the poor, diseased, and otherwise unwanted. With that, the residents decided that the cemetery needed to move. And the land it once occupied would be made into a park named after a notable local resident, Walter Cheesman. 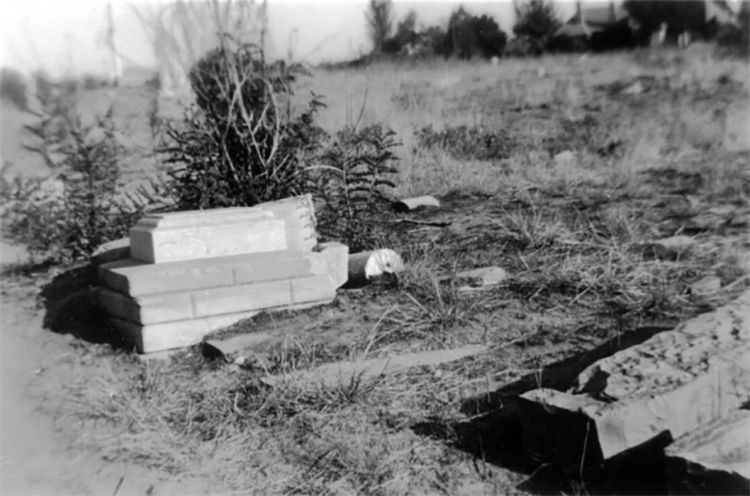 The town set about exhuming the graves to move them to ... er, greener pastures. Loved ones could claim their own and bury them elsewhere, but most of the bodies were left unclaimed. The town then turned to contractor E.P. McGovern to move the rest in 1893, at a cost of $1.90 each, and you could say he did a real "hack" job on the whole thing.

It doesn't take a genius to figure out how this all went down. Seeing a chance to profit on others' loss, McGovern took it upon himself to chop up bodies and bury them in smaller, child-size (3 feet by 1 foot) coffins to triple his money. Body parts of dozens of corpses ended up in one box, leaving so many bodies dispersed and displace. He wasn't particularly respectful of the dead in other ways, leaving bones and coffins everywhere during the process.

"The Denver Republican newspaper ran a story on March 19, 1893, with a headline that read: 'The Work of Ghouls!' The article described how McGovern hacked up what were sometimes intact remains of the dead and stuffed them into child-size coffins, stating, 'The line of desecrated graves at the southern boundary of the cemetery sickened and horrified everybody by the appearance they presented. Around their edges were piled broken coffins, rent and tattered shrouds and fragments of clothing that had been torn from the dead bodies ... All were trampled into the ground by the footsteps of the gravediggers like rejected junk."

When McGovern was finally pulled off the job, he had only managed to move about 1,000 bodies (with various body parts in different coffins). Instead of finding another contractor to finish the job, the City of Denver left the site as McGovern left it for years, and eventually simply removed the remaining headstones and, voila, a park was born.

Which brings us to this century. Construction crews in the 1960s were still exhuming bones in the park area, and there could be up to 2,000 thousands of bodies, or parts of bodies, right beneath the surface of Cheesman, today. That's a lot of unsettled souls who might still be searching for their heads ... and feet ... and arms ... well, you get the picture.

Only a portion of the park rests on cemetery land, today, with other sections turned into residential areas, Congress Park, and the Botanic Gardens. In fact, one of the most recent exhumations was in 2010 during irrigation work near Cheesman's pavilion. 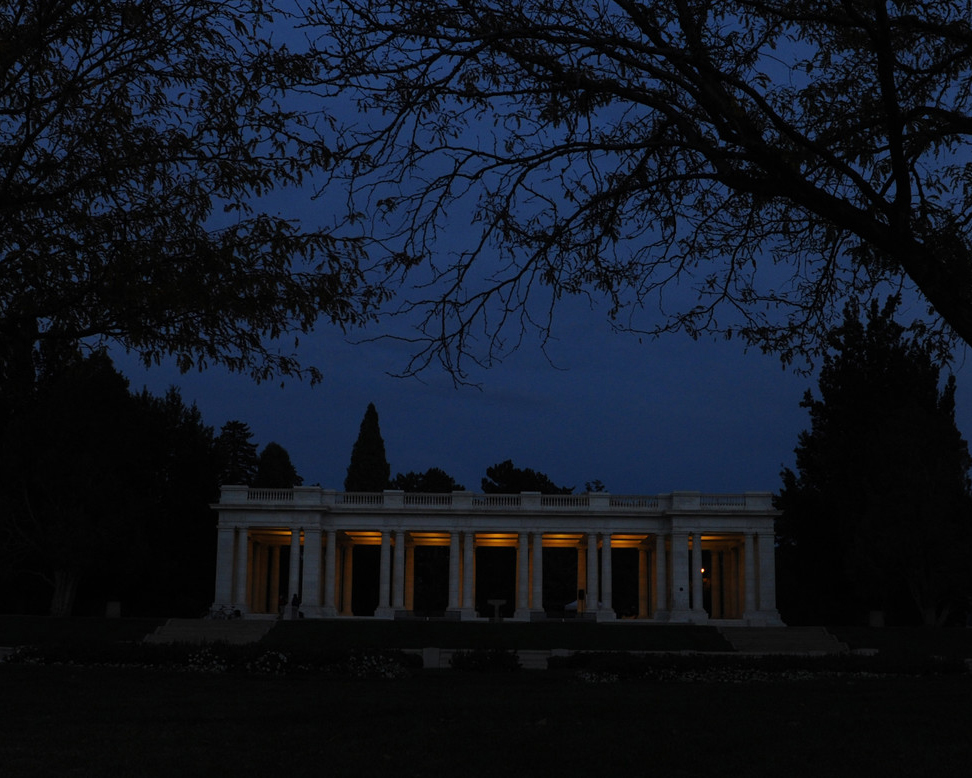 What lurks at Cheesman after the sun goes down? Courtesy of U.S. Air Force via Senior Airman Marcy Glass.

If you visit the park, you might well experience the past for yourself. Early grave robbers during the cemetery relocation reported being touched by unseen hands. There have been numerous stories of ghostly encounters in and around the park (The Changeling was based on experiences the author had at a mansion near the park). Residents in the nearby neighborhood report seeing distraught apparitions, hear knocking on the walls, and some have even seen a woman holding her severed head sitting in their dining room. Children have been heard and seen playing in the park well after dark, only to vanish in the night. A singing woman can be heard and seen at night.

In addition, it's said on moonlit nights, if you stand on the west steps of the pavilion the grave-filled cemetery of the 19th century will appear before you.

No matter if you are chasing spirits or you're just enjoying a stroll through the beautiful oasis, it's best to watch your step (and keep your dog from digging). You never know what secrets are just below Cheesman's surface.

If you want to learn more, the Denver Public Library has some cool research and pictures of the old cemetery and Cheesman Park.