The Baltimore Oriole is Maryland's state bird—and easily one of the most recognizable in the country. With its eye-catching orange and black plumage, the bird is an unmistakable sight around its namesake city, as it's found on t-shirts, mugs, and baseball jerseys (go Orioles!). So what exactly led to making them a state symbol? While its history is fairly recent, it turns out people have been enamored with the bird for literally centuries!

The name can be traced back to the 1600s when Cecil Calvert, 2nd Baron Baltimore, or Lord Baltimore, ran the colony of Maryland. The Calvert family's coat of arms, now Maryland's flag, featured a gold and black pattern that shared similarities to the bird's distinct markings. According to the naturalist Mark Catesby, people even referred to it as the "Baltimore-bird" due to its likeness to the Baltimore family heraldry. 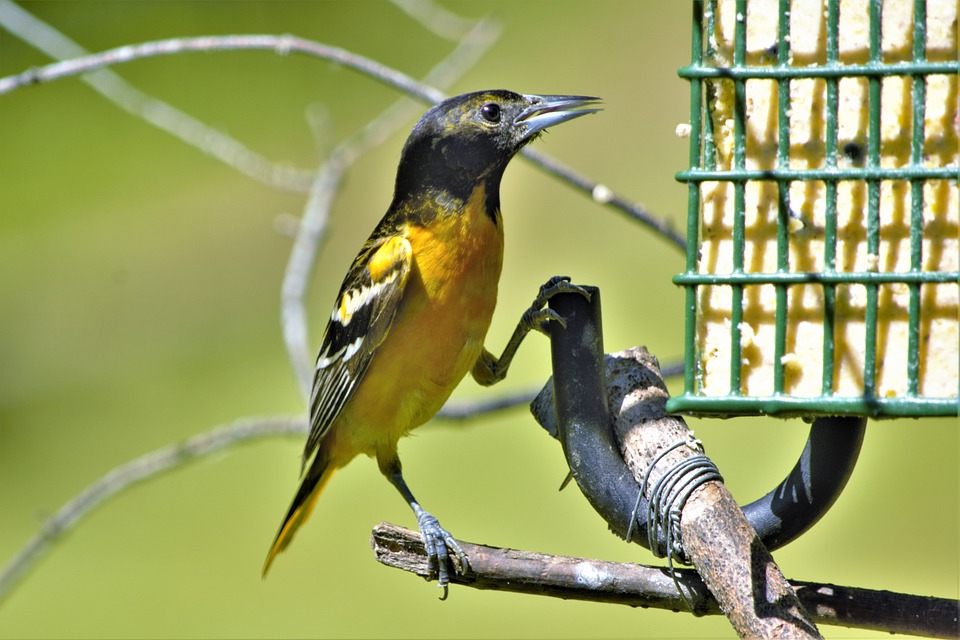 In 1882, the bird was protected under state law, followed by the enaction of the Migratory Bird Treaty Act of 1918. Under federal law, it is prohibited to hunt, kill, or profit off of over 800 bird species included in the legislation, including the Oriole and Bald Eagle. In 1947, the Baltimore Oriole was declared the official state bird in a statewide statute. It's also protected under the state's Nongame and Endangered Species Conservation Act, which was passed in 1975.

Despite these much-needed protections, the species has faced threats to their survival since the 1980s. Factors like habitat loss and the use of pesticides on the insects they consume have caused the oriole population to dwindle. According to the North American Breeding Bird Survey, Oriole populations have declined 24 percent between 1966 to 2010. Maryland's flag, based on the Calvert family crest

Believe it or not, the bird wasn't always known as the "Baltimore Oriole." In the 1970s, they were categorized under the species of Northern Oriole alongside the Bullock's Oriole. But a genetic test in the 1990s forced the ornithological union to rectify the label, and the Baltimore Oriole was recognized as a distinct species.

Classified under the group of New World orioles, the Baltimore Oriole is a blackbird species that resides in the Eastern U.S. Like many birds, the males' feathers are flashy and colorful, while females sport duller coats. Their diets consist mainly of insects and dark, ripe fruit. To attract them, bird experts recommend leaving out grape jelly or orange slices—they have very particular eating habits and will only eat dark-colored fruit! 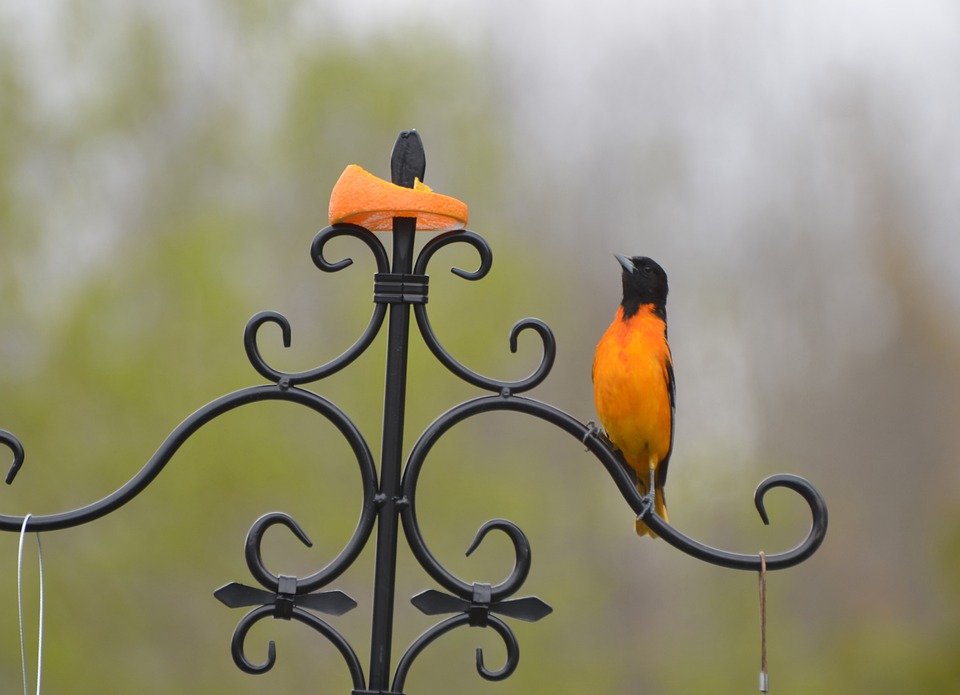 Here are a few other facts to know about Maryland's state bird:

"Oriole" comes from the Latin word "aureolus," which translates to "golden."
Their habitats favor open wooded areas and leafy trees—perfect for perching high up!
Female orioles build intricate hanging nests consisting of grass, wool, and any other fibers they can find!

*All photos courtesy of Pixabay

Have you ever seen a Baltimore Oriole in person? Let us know in the comments, along with your favorite type of bird!