Does Bear 747 Have the Heft of a Champion? Courtesy of explore.org
Becky Talley 9/30/20
Join the Community
shares

It's survival of the fattest in this adorable, online competition.

'Tis that time of year when bears are literally gorging themselves to pack on the pounds before winter. And while most of us don't want people to notice when we've gained a few, Katmai National Park and Preserve wants you to vote on your favorite chunk for its annual Fattest Bear contest!

There no fat-shaming here. The brown bears at the King Salmon, Alaskan preserve are virtual superheroes at chubbing up as we head into the colder months. And, that's a good thing because the more fat they can store, the better the condition they will be in through hibernation.

"No capes are needed for these furry superheroes. They may not be faster than a speeding bullet, but despite the weight they are carrying, these burly beasts can still run faster than most humans. These brown bears’ power of packing on the pounds gets them through the winter and able to live to compete another year. With or without the lasso of truth around us, our story remains the same: fat bears = healthy bears," said a press release from Katmai National Park and Preserve.

During Fat Bear Week, these bears go head-to-head in a single-elimination match-up to compete for the title of Fattest Bear. Last year's winner, 485 Holly, will be making another appearance on the bracket, along with some seriously super-sized competition.

Check out the competitors!

You can vote for your favorites starting on September 30, and the contest will go through October 6. Go to the contest page at https://explore.org/fat-bear-week to check out pictures of each bear and weigh in on which ones you think are the most pleasantly plump. You can see all the chunky contestants here.

"Does Bear 747 have a chance to get his first championship by dethroning last year’s reigning champion, 435 Holly? Will a new bear come from the outside and topple the competition for the ultimate win? Can multi time champ 480 Otis reclaim his spot on top for one more year? While we can’t foresee the future champion, we do know the paunchy bear will only achieve their win with all of you casting your votes," said the park. "This competition is brought to you through the partnership of Katmai National Park and Preserve, explore.org and the Katmai Conservancy. If you want to check out the live bear cams, you can find them here. Here is the 2020 Fat Bear Week Bracket for you to fill out! Then remember to come back to explore.org/fat-bear-week daily from Wednesday, September 30th through Championship Tuesday, October 6th. Remember, with great Fat Bears comes a great responsibility to vote!" 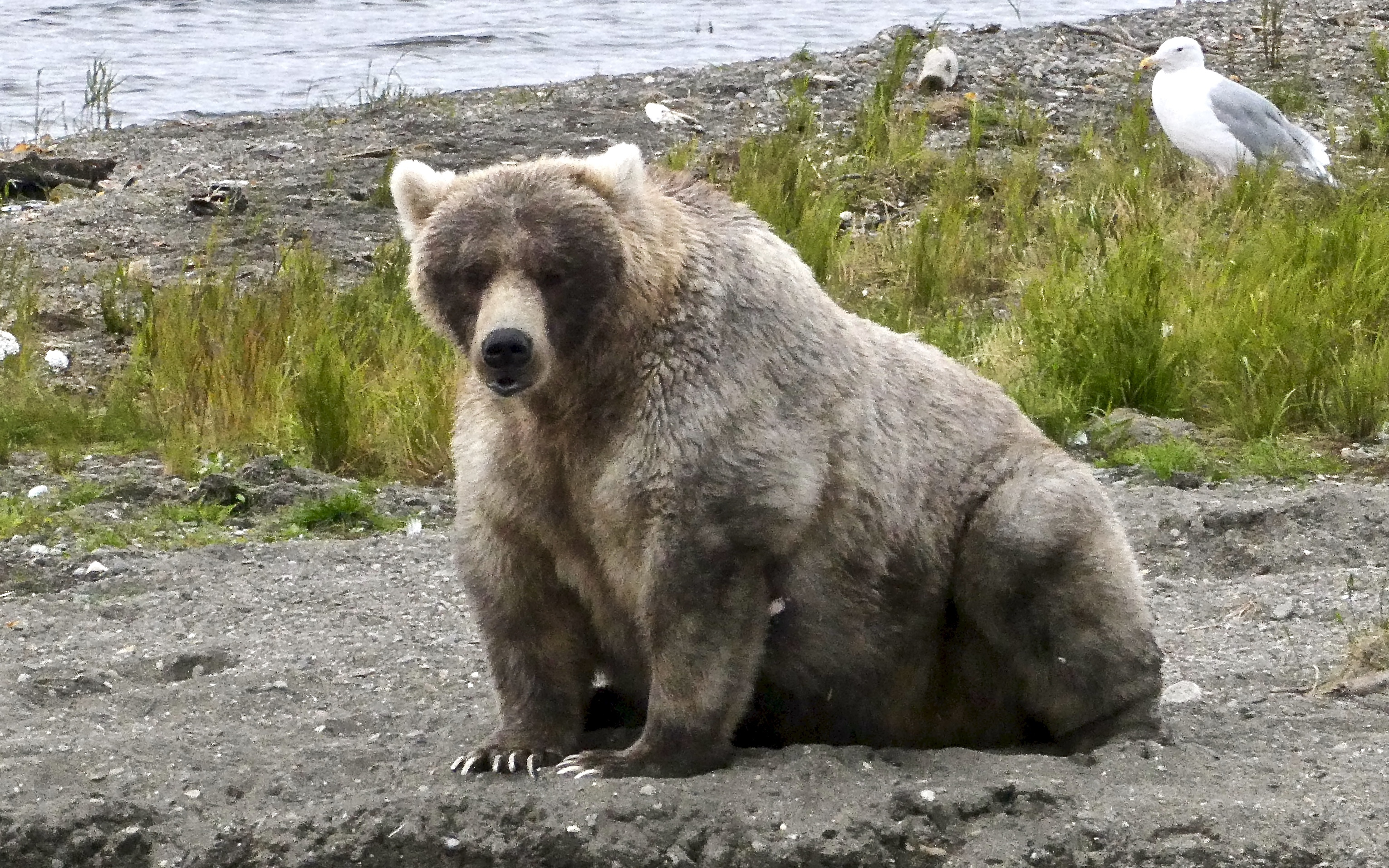 Bear 435 Holly, last year's winner. I know this animal could literally rip my face off, but how adorable is she with all her chub! Courtesy of explore.org.

Who will you be voting for? Bear 747 is really looking quite fluffy right now! Let us know in the comments!