The NJ Pine Barrens is known for its beautiful natural landscape, wildlife, and their very own urban legend, "The Jersey Devil. Is he real? Or just another spooky tale?

Sitting around the backyard fire pit when the sun begins to fade is a memorable summer evening must. Talking the night away can lend itself to some more interesting stories as the sky gets darker. And if you're a New Jersey resident, you most likely heard about our very own crimson horror known as the Jersey Devil.

Featured in many volumes of Weird NJ magazines, books, and even television shows, tales of the mysterious monster have been passed on for decades. But what exactly is the Jersey Devil? And where is he hiding?

As a New Jersey native, I have grown up with the tales and stories of ghosts and monsters that hide in the Garden State. I have chased a few stories over the years which all lead to one thing: a good day trip. Nothing gets me out of the house faster than a cooler full of snacks and a haunting. While I have never seen anything myself (yet) I enjoy the history that comes with the spooky stories. 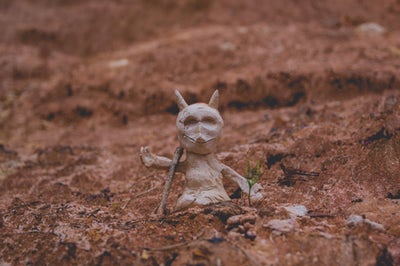 The origins begin far from the home of the devil OG himself, Lucifer. Unlike the fallen angel of the Bible, the Jersey Devil is a native of the Pine Barrens in South Jersey. He was born to the very human mother Jane Leeds in the 1800s (although other accounts have him born in the 1730s). According to one version of the legend, Mother Leeds, who was pregnant at this time, got frustrated doing much of the parenting alone with 12 children. Records indicate she said, “Let this one be a devil,” and it seemed to have stuck.

One story says the child was born normal and then suddenly transformed; he turned into a huge creature sporting a horse head, wings of a bat, goat feet, and the tail of a serpent. Other accounts claim a local girl married a British soldier, and the devil born to her as punishment for betraying her country. In any case, the story took off and has become a favorite of what may go bump in the night.

Over the decades, there have been pictures, written claims of seeing the beast, snowy footprints, glowing eyes lurking from behind the trees, and horrifying screams that ring out in the night. There is no shortage of books and videos of monster hunters scouring the Jersey woods looking for Jane Leed’s offspring. In the book, The Jersey Devil, written by James F. McCloy and Ray Miller Jr., one account of the devil was said to have been seen by Napoleon Bonaparte's brother. Others said the devil would have a ham and egg breakfast with a local judge. 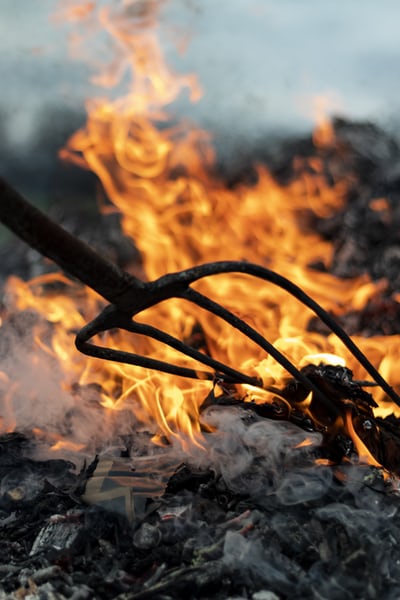 The Pine Barrens, also known as the Pinelands, may have had some controversial beginnings. But if you can look past the whispers, what you will find will honestly take your breath away – hundreds of acres of forests and old cranberry bogs to see. You can make camp at the state park and perhaps do some investigating of your own. While on your travels, there are plenty of hiking trails and places to canoe, kayak, and a bit of fishing.

Wharton State Forest is home to some historic sites and beautiful, natural landscape. You may see some of New Jersey’s native wildlife such as the red-tailed hawks, bald eagles, and foxes. Just be sure to keep an eye out on your excursion for any devilish oddities along the way.

Have you come across anything worthy of an urban legend in your travels? Drop it in the comments below.