Over 465 years ago, French prophet and philosopher Michel de Nostradamus made predictions about the future of humanity in his book Les Propheties. Shockingly, a number of these predictions have come true, including the French Revolution, the rise of Hitler, and more. He even alluded to aspects of the coronavirus pandemic in his predictions for 2020.

So, what did Nostradamus predict for 2021? Apparently, we're in for a year even more catastrophic than the one we just had. Yay ...

*Disclaimer: Please know that these are merely predictions, not facts. It is merely speculation.* 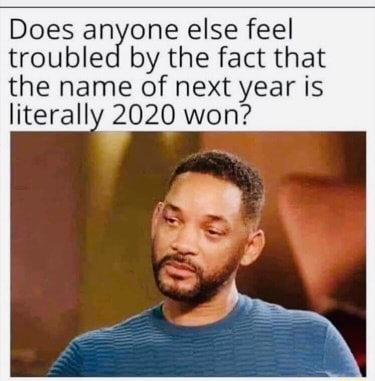 "After great trouble for humanity, a greater one is prepared, The Great Mover renews the ages: Rain, blood, milk, famine, steel, and plague, Is the heavens fire seen, a long spark running."

Nostradamus stated that 2020 was "great trouble for humanity", but greater trouble will manifest itself in 2021. This trouble will come in the form of global famine. According to Nostradamus, this famine will be the worst the world has ever faced and will ultimately end in a change of social hierarchies, state power, and worldly status.

Now, this prediction does have some merit based on what the world is seeing today. The pandemic has already forced millions of people to food banks and depleted food supplies. Even the United Nations warned that "we are going to have famines of biblical proportions in 2021."

"In the sky, one sees fire and a long trail of sparks."

Nostradamus predicted 2021 will bring fire in the form of solar storms and a great asteroid that will either hit or come very close to Earth's surface. This asteroid will heat up as it comes close to Earth, appearing to look like fire in the sky. NASA has already announced that a great asteroid will likely hit the Earth in the next few years. Will 2021 be the year? We did see a couple of asteroids get very close to the Earth in 2020.

An Earthquake Will Destroy California

"The sloping park, great calamity, Through the Lands of the West and Lombardy The fire in the ship, plague, and captivity; Mercury in Sagittarius, Saturn fading."

Nostradamus predicted a great calamity will shake through the "Lands of the West," much like an earthquake across the western state of California. The prophet suggested that this calamity will happen when "Mercury in Sagittarius, Saturn fading," which some astrologers took to mean the date when Mars and Saturn will be in those exact positions in the sky. This date is Thanksgiving Day, November 25, 2021.

"Few young people: half−dead to give a start. Dead through spite, he will cause the others to shine, And in an exalted place some great evils to occur: Sad concepts will come to harm each one, Temporal dignified, the Mass to succeed. Fathers and mothers dead of infinite sorrows, Women in mourning, the pestilent she−monster: The Great One to be no more, all the world to end."

"Half-dead" young people and "great evils"? This definitely sounds like the Zombie Apocalpyse. According to the prediction, a "she-monster" will plague the Earth and cause all the world to end. To some, this symbolized a virus or biological weapon that will bring on the Apocalypse.

Although Nostradamus' predictions are very vague, they have come to fruition in some dark and disturbing ways. Do you believe 2021 will be worse than the year we just had? Is there validity in his predictions for this year? Share your thoughts in the comments below.