Our Coloradans Then: From Slavery to Philanthropy, the Life and Legacy of Clara Brown

Our Coloradans Then: From Slavery to Philanthropy, the Life and Legacy of Clara Brown

Clara Brown came to Colorado in her 50s to find the family she lost, helping countless others along the way.

Clara Brown had a one-of-a-kind spirit that broke down barriers and paved the way for many. Born into slavery, she saw immense heartache and tragedy before she built a life in the mining camps of Colorado. Her pioneering attitude and her compassionate heart earned her the nickname Aunt Clara by those that knew her.

Clara was born a slave in Virginia around 1800. She spent much of her childhood working the tobacco fields of Ambrose Smith, who had bought her mother and her when she was young. Smith eventually moved to Kentucky with Clara and her mother in tow.

It was here that Clara married her love, a slave named Richard, when she was 18. Together, the couple had four children: Richard, Margaret, Paulina Ann, and Eliza Jane. Family was the only solace they had from the yoke of slavery, but unfortunately, it wasn’t lasting.

Tragedy struck with the passing of daughter Paulina Ann, and it continued with the death of Ambrose Smith. The family was torn apart; in 1835, Clara, her husband, and her surviving children were sold at auction, sending them in separate directions. Clara would spend much of her life looking for her lost loved ones, eventually turning her sights to the West to find them.

It wasn’t until she was in her 50s that Clara was finally free. Her owner at the time, George Brown, gave her freedom in his will. Clara immediately began working for a St. Louis merchant, and when the family moved to Leavenworth, Kan., her boss helped her start a laundry business of her own.

While her entrepreneurial spirit was strong, something else was stronger: the need to find her family. Many people were going west in search of gold, but she wanted to find something much more precious. She had heard one of her daughters might be out West, so she made the decision to find her.

While Clara had the money to travel by stagecoach, she was forbidden because of the color of her skin. So, she began the long journey working as a cook for a group of gold prospectors on their way to Colorado. The way was rough, and so was the company, Clara often walked by the wagon on the eight-week, 700-mile trek. Breaking ground every step of the way, she is believed to be one of the first African-American women to make it to Denver and to Colorado's gold rush region.

Once in Denver, Clara had no luck in finding her daughter, so she decided to travel to Central City in 1859 around the time the Gregory Lode was discovered. The town was filled with miners and their families, quickly growing to nearly 10,000 in population, and it was a perfect place to set up an enterprise as goods and services were sorely needed. Clara used her experience, passion, and purpose to capitalize on the abundant opportunities and successfully start a laundry business.

She believed that earning an independent living would enable her to search for her family, and she did just that. In fact, she was reportedly owned building lots in Denver, houses in Central City, and mines in Boulder, Georgetown and Idaho Springs, thanks to her business savvy.

The Angel of the Rockies

Clara’s door was always open. Despite the prejudices given her, she always welcomed those in need and helped when she could. The community was the family that she didn’t have, and she treated them as if they were her own.

Sick and injured miners, regardless of race, would often seek out Clara for help, and she would give them a place to recover and cared for them until they could return to work. Her properties were open to those who were homeless and needed a place to stay. Pregnant women asked Clara to help deliver their babies. Many of these services she provided for free to those who were destitute.

Clara also donated her money and time to several different churches and helped start the first Sunday school in Central City, using her home as the classroom.

A true humanitarian, she never stopped aiding all that she could, helping many newcomers settle in Colorado, and even traveling to Kansas at the age of 79 as an official representative of then Colorado Governor Pitkin. Clara met with the many former slaves who had moved to Kansas after the Civil War to start anew, delivering an invitation from Pitkin to come to Colorado and work in the mines, which were short-staffed due to strikes and a labor shortage. She even donated her own money to support the new black communities that grew out of her efforts.

“She was an experienced black woman who lived with purpose and passion. She recognized the power of community and in building relationships. Her success in business gave her the chance to share her wealth with friends and family, and she worked to develop the black community in Colorado,” relates History Colorado.

It was because of her many kind acts that she earned the support of her community after a series of events almost erased all of her years of hard work. A flood in Denver in 1864 causing the loss of proof she owned several properties. Her home and several other or her holdings went up in flames in a huge Central City fire in 1873. People in the community came to her rescue, and someone even set her up in a cottage in Denver. 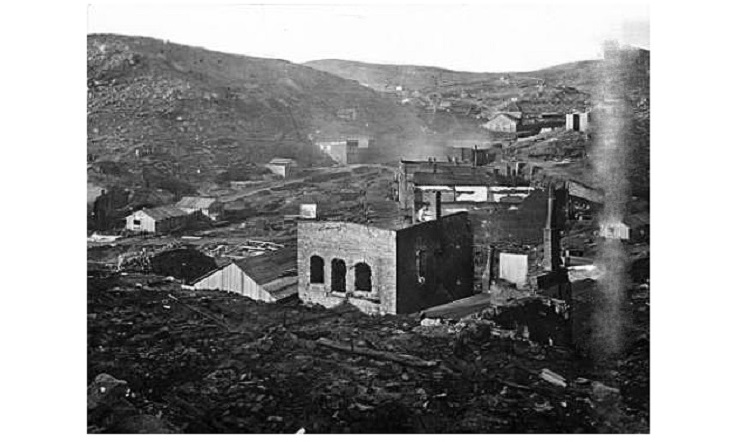 After the 1870s fire in Central City. Nary a building made it out unscathed. Courtesy of Colorado Virtual Library.

Gone but not Forgotten

While she was a hub of the community in Central City, she never forgot her family. After the Civil War, Clara returned to the South to look for her daughter Eliza Jane after learning of the death of her daughter Margaret. Heartbreakingly, she was never able to find any trace of her son and her husband in her lifetime.

Unfortunately, her efforts were once again in vain. Clara was not able to find Eliza Jane, but she did fund the way for several former slaves to come to Colorado and start a new life in Central City.

It wasn’t until she was in her 80s that Clara’s true life mission was finally fulfilled. She had learned that a woman who might be her daughter was living in Council Bluffs, Iowa. The woman was named Eliza and was born around the same time as Clara’s child. The woman had also been taken from her mother and sold to another family as a child.

With help from friends, Clara traveled to Iowa in 1882 to meet the woman, and much to her joy found that it was her beloved Eliza Jane. This happy reunion happened nearly 50 years after they had been separated. The two returned to Colorado where they lived until Clara’s death.

Clara passed away in her sleep in 1885. Crowds flocked to her funeral, including the mayor of Denver and the governor of Colorado, and it was funded entirely by the Society of Colorado Pioneers, which recognized pioneers who came to Colorado before 1861. The society had previously made Clara the first African-American and female member for her role in the Colorado gold rush. 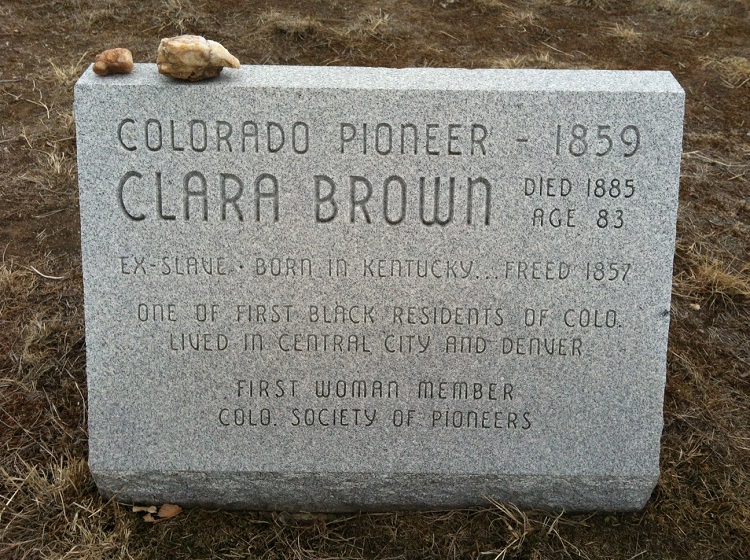 While her time on earth has long-since passed, her legacy is still going strong.

A chair in the Central City Opera House was installed in her name in the 1930s, an honor only bestowed upon well-respected community members. Nearly 100 years after her death, in 1977, Clara’s life and achievements were commemorated with a stained glass portrait of her in the state capitol building. In addition, she has a plaque dedicated to her in the St. James Methodist Church in Central City, which explains that her home served as the first church in the area.

She has often been recognized as one of the 100 most influential women in the history of Colorado and was inducted into the Colorado Women’s Hall of Fame in 1989. An opera about her life, called Gabriel’s Daughter, debuted in Central City in 2003, as well.

While her story is an amazing journey out of slavery, that is only a piece of what makes Clara such a remarkable woman. She’s a testament to pioneering spirit, determination, and unwavering support for her community.

“Clara Brown reflects the richness of the African-American experience. She faced enormous challenges and reached wonderful heights in her nearly 85 years. Turning her back on her life in slavery, she helped people of all races, but she worked especially hard to bring black people out of poverty and enslavement,” relates History Colorado.

Read about the life of Baby Doe Tabor: From rags to riches to rags again.

Did You Know That Books Used to Be Bound in Human Skin?