Our Coloradans Then: Jack Dempsey, the Manassa Mauler

Our Coloradans Then: Jack Dempsey, the Manassa Mauler

Heavy-hitting boxer was a poor Colorado kid who made himself a world champion.

“A champion is someone who gets up when he can’t.” - Jack Dempsey

Jack Dempsey, known as the "Manassa Mauler" and "Kid Blackie" had a savage style that earned him the respect of fellow fighters and the adoration of the nation. In the 1920s, he was a national hero and cultural icon along the lines of Babe Ruth, but many don't know that he left his mark on Colorado way before he sparred his way into history in the big show.

Born in Manassa, Colorado, in 1895, William Harrison "Jack" Dempsey's early years were spent on the road. His family was poor and moved around quite a bit looking for work. The Dempsey's left Manassa in the early 1900s and eventually settled in Montrose in 1905. Jack was no stranger to hard work, even at an early age. He began working at the age of seven at a variety of jobs to help support the family, including loading sugar beets, hauling coal, and more. He even had a hand in the buildings cropping up on the Western Slope, as he worked at a brickyard that supplied bricks far and wide.

Helping to support the family worked well for Dempsey, who dropped out of school at the elementary school level. But, even at the young age of 10, he wanted one thing above all else: to be a world-champion pugilist.

"He and his brothers made their own jump rope out of twine, made punching bags out of canvas and sawdust and held boxing matches with other kids (in addition to street fights). Dempsey toughened his face against cuts with beef brine, toughened his hands with horse urine, and built his speed by racing horse wagon teams," according to the Denver Public Library.

Dempsey left home at 16, riding the rails around the West and challenging people to fights where he landed to scrape up a little money.

It is rumored that he would often wander into a local watering hole, issuing the challenge: "I can't sing and I can't dance, but I can lick any SOB in the house." And he wasn't lying, at least according to his own autobiography, where he claimed he barely lost those early barroom brawls.

He boxed under several pseudonyms during those early years, but it was in Cripple Creek in 1914 that he first fought under the name of "Jack" Dempsey. Dempsey often fought in the mining camps of Colorado during his early day, as did his brother Bernie, who, interestingly enough, fought the pseudonym  "Jack Dempsey" in an homage to champion Jack "Nonpareil" Dempsey, no relation. Bernie had signed to fight one George Copelin, but upon learning he was more a fighter than he thought he could handle, he backed out of the fight and entered his brother as "Jack Dempsey" in his stead. Everyone immediately knew they'd been had, and even Copelin warned that "I might kill that skinny guy." On his first outing as Jack Dempsey, the relatively unknown Colorado fighter battle both the altitude and his opponent, dropping Copelin several times before he won the $100 purse.

According to Dempsey, "In those days they didn't stop mining-town fights as long as one guy could move."

Dempsey also made a stopover in Durango, where he made quite the impression, in the form of a knockout, on fight-favorite Andy Maller in 10 rounds and pocketed $50. Today, the El Rancho Tavern sits in the same location as the Durango fight, and an exterior wall is adorned with a mural depicting the scene. 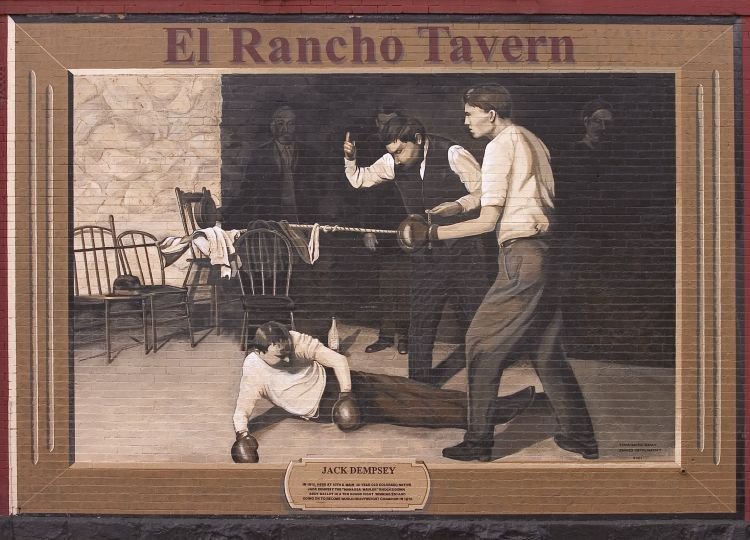 Just five years later, in 1919, he fought his way through the national ranks to become the world heavyweight champion. In the title bout, he faced up against the reigning champion, Jess Willard aka the Pottawatomie Giant," who at 6'6" and 245 pounds towered over Dempsey's 6'1", 187-pound frame. That scrappy Colorado courage came out strong in the Manassa Mauler that day, knocking Willard down seven times in the first round and dealing him a broken jaw, broken ribs, broken teeth, and facial-bone fractures before it was all over.

Following the match, Willard was quoted as saying, "Dempsey is a remarkable hitter. It was the first time that I had ever been knocked off my feet. I have sent many birds home in the same bruised condition that I am in, and now I know how they felt. I sincerely wish Dempsey all the luck possible and hope that he garnishes all the riches that come with the championship." There was later much controversy over how Dempsey won the fight, his former manager implicating he had put plaster in his gloves. None of the rumors were ever confirmed. 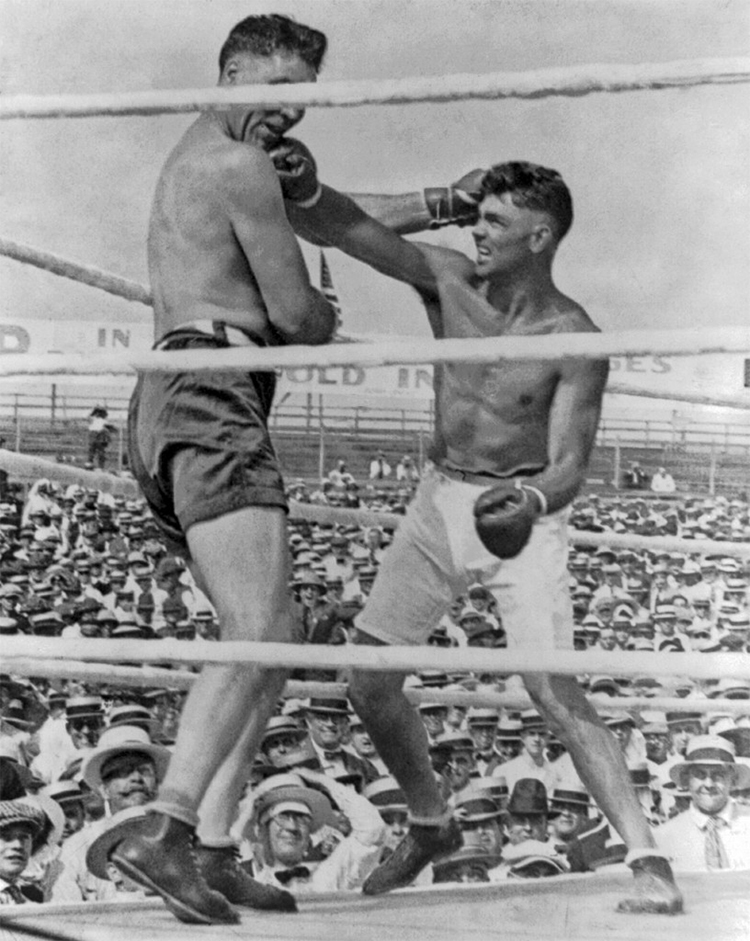 Dempsey held the title from that day until 1926, losing it to U.S. Marine Gene Tunney in an upset. He attempted to regain his title with a Tunney rematch, known as "The Long Count Fight," but lost in spite of controversy surrounding the bout. He retired after that bout, becoming known as a philanthropist, an entrepreneur, an author, and so much more. He passed away in New York City in 1983 at the age of 87. His life and career are fascinating, and not without drama, and you can read more at the official Jack Dempsey website.

From a Centennial State scrapper to a world champion with a killer left hook, the Manassa Mauler certainly did his home state proud.

Our Coloradans Then: Justina Ford, breaking barriers in Colorado medicine.