Our Coloradans Then: Joe Roma, Pint-Sized Giant of the Denver Crime Family

Our Coloradans Then: Joe Roma, Pint-Sized Giant of the Denver Crime Family

When people think of Denver, the mob isn't usually the first thing that comes to mind. But Denver has been home to a few organizations, most born out of the bloody bootlegging era of the 1920s and 1930s. And starting it all was a pint-sized grocer with a giant reputation among the city's underworld named Joe "Little Ceasar" Roma.

The 13 years of prohibition encouraged a wide range of bootlegging activity across the U.S., and Denver was no different. A lot of that was controlled by organized syndicates and bootleggers who came together to form gangs. Colorado's major bootlegging market was mostly divided into southern Colorado and Denver. A majority of the southern Colorado trade was run by two rival gangs out of Pueblo: the Carlino brothers, Pete and Sam, and the Danna brothers. The bootlegging war between these two families was so bad that it earned Pueblo the nickname "Little Chicago."

Denver was controlled by Joe Roma, a former member of the Carlino syndicate who had branched out on his own in the Mile High City. Roma was all of 5'1" and 99 lbs, but his reputation was huge as the boss of the Denver Crime Family, an organization he founded. He ran his bootlegging operation out of a grocery store on Quivas St.

He was described by the Denver Post as a "pint-sized north Denver grocer, who is regarded by the police as the giant of the city's underworld."

While he often told people he was from San Francisco, Roma was actually born Guissepe Roma in Calabria, Italy, in 1895. He was anything but what you'd expect in a boss. It was said that he was mild mannered with a "feminine voice" that fooled many people both in the underworld and not into thinking he was harmless. But Roma was not one to be trifled with.

He was suspected of two kidnappings in Denver (his kidnapping reputation preceded him so much that he was briefly considered a suspect in the Lindbergh baby kidnapping), often formally charged with crimes related to murder, and served time in prison for narcotics.

When the Carlinos took control of the southern Colorado liquor trade after the last living Danna member was murdered in 1930, they soon set their sights on expanding into Denver and Roma's territory. It was the spark that was the beginning of the end for the brothers and, eventually, for Roma.

Under the guise of avoiding an all-out turf war due to the encroaching Carlinos, Roma organized a meeting of the brothers and the biggest bootlegging gangs in Denver to hash out jurisdictional disputes. He himself did not attend. Before any compromise was met, the entire gathering was conveniently arrested in a Fed raid. It was rumored that law enforcement was tipped off by none other than Little Ceasar himself.

This raid marked the downfall of the Carlino syndicate. Failing to organize the city's racketeers, Pete Carlino was in dire need of money and ended up blowing up his own Denver home, with help of his brother and few other henchmen, in order to collect the insurance.

Those that helped in the plot were arrested for arson shortly thereafter. Pete went into hiding, and Sam was murdered by Bruno Mauro, a rival gang member, in his home just days prior to going to trial for the fire. Eventually, Pete was captured near Pueblo and returned to Denver to face charges. He was bailed out by none other than Roma. 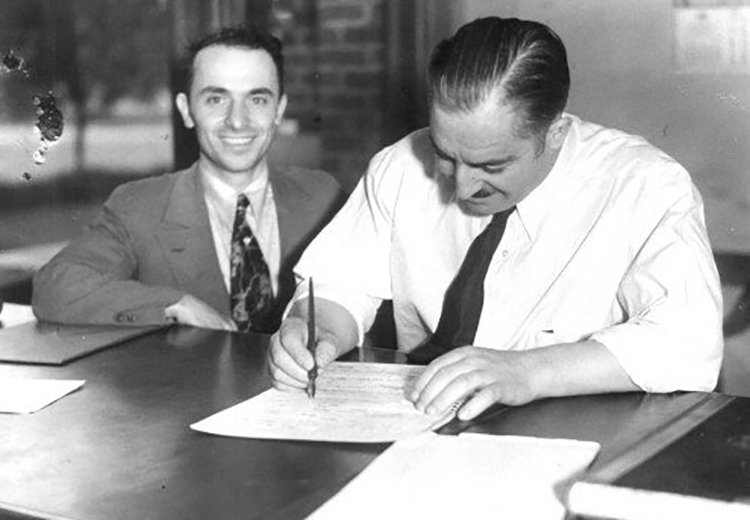 Three months later, a body was found on a road near Pueblo. It turned out Pete was not long for this world after he was sprung from the pokey, and police never determined who had ordered his hit. But, soon thereafter, Roma took over the Carlinos bootlegging racket in Pueblo. Coincidence?

"Police tended to hold the theory that Roma had only pretended friendship when earlier he had bailed Carlino out of jail. Afterward, Pete had been treacherously killed by him," relates Mountain Mafia: Organized Crime in the Rockies. "If this were true, Roma finally had eliminated the Carlino challenge to his position in power in Denver."

However, no matter how big Roma got, he wasn't invincible. Just two years after expanding his empire into southern Colorado, he was murdered in the living room of his own home. He was shot seven times, six in the head, ensuring he wasn't going to survive the ambush. The prime suspects were Roma's own right-hand men, the Smaldone brothers.

Per Roma's wife, one of the brothers was meeting with Roma at the house prior to the murder. While the brothers were able to produce movie stubs as an alibi for the time of the murder (boy, getting away with crime was so simple back then), the police had them at the top of the suspect list. And with good reason. After Roma's death, the Smaldones took over his operation and became the bigshots in gangland Denver. Interestingly, the Smaldones continued to run the Denver Crime Family (renamed as the Smaldone Crime Family) until the organization died with the last boss of the family, Chauncey, in 2006.

What do you think? Share your thoughts with us in the comments below, and let's get the conversation started.