Our Coloradans Then: Justina Ford, Breaking Barriers in Colorado Medicine

Our Coloradans Then: Justina Ford, Breaking Barriers in Colorado Medicine

Denver's first licensed African American female doctor served the community for more than a half century.

"...When all the fears, hate, and even some death is over, we will really be brothers as God intended us to be in this land. This I believe. For this, I have worked all my life." Dr. Justina Laurena Ford.

Lovingly known as the "Lady Doctor" and the "Baby Doctor," Denver practitioner Justina Ford was estimated to have delivered over 7,000 children during her long career. But, that is just the tip of the impact this barrier-shattering woman made during her lifetime.

Born to former slaves in 1871 Illinois, Justina Warren seemed to be destined to be in medicine. Her mother worked as a midwife and a nurse, caring for those in their African American community who could not afford medical care. She would often accompany her mother as she made her rounds, played doctor on her siblings, and demonstrated a drive to accomplish all she could.

So, it was no surprise that after attending an integrated public school, she went to Hering Medical School in Chicago, a school dedicated to homeopathic medicine. She married John Ford, a Baptist minister, during her school years, and graduated from medical school in 1899 ready to make her mark and help others.

Unfortunately, her degree was not enough to overcome the prejudices of the day, which ran the gamut of both race and gender. She was denied her medical license after graduation, the license examiner saying, "I feel dishonest taking a fee from you. You’ve got two strikes against you, to begin with. First of all, you’re a lady, and second, you’re colored."

Opening Her Door in Denver

Dr. Ford continued to face discrimination in the early 1900s when she and her husband moved to Denver. She was prohibited from obtaining a license or joining the Colorado Medical Association and soon learned that the "Denver General Hospital accepted neither black patients nor black physicians."

"I fought like a tiger against those things," she was quoted as saying about both race and gender barriers.

She eventually obtained her license (becoming the first African American woman licensed in Colorado) and set up a practice out of her home at 2335 Arapahoe St., in the Five Points neighborhood. Because she couldn't practice in a hospital, she would either see people in her office or pay house calls.

Despite the hardships she encountered in the medical profession, she determinedly knocked down any barrier she saw that kept people from getting care.

"Justina treated anyone who needed medical care, regardless of race, gender, language, citizenship, or ability to pay. Many of her patients were poor whites, African-Americans, and non-English speaking immigrants who were turned away from hospitals. Ford learned multiple languages to help treat her patients. Her patients paid her in goods, services, or money," says coloradovirtuallibrary.org. She would even help patients out with groceries when needed.

Ford is best-known for her obstetrics and pediatric work in the Five Points community, delivering literally thousands of babies throughout her 50-plus years as a doctor. Many people of all backgrounds who were delivered by Ford referred to themselves as members of the "Justina Baby Club." 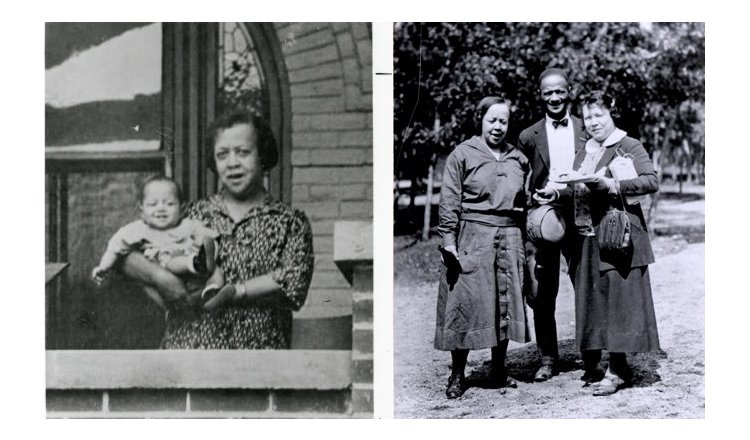 Ford remained the only female African American doctor in all of Denver throughout her whole career and broke through barriers as best as she could during that time. According to the Colorado Women's Hall of Fame, "After she had been in practice for 33 years, she was finally able to become a member of the faculty at Denver General but not practice there." In fact, it wasn't until 1950 that she was allowed into the Denver and Colorado Medical Association, though she was never granted membership in the American Medical Association. Ford also received the Denver Cosmopolitan Club's Human Relations Award in the same year. She was 79 years old.

Ford continued to practice medicine up until two weeks before her death in 1952 at the age of 81. In the years since her passing, she finally received the recognition she deserves as a medical-field pioneer. The University of Colorado established the Justina Ford Medical Society, as well as a scholarship in her name. In addition, the Warren Library in northeast Denver was renamed the Ford-Warren Library in her honor. Ford was also inducted into the Colorado Women’s Hall of Fame in 1985, and the Colorado Medical Society designated her a medical pioneer in 1989. 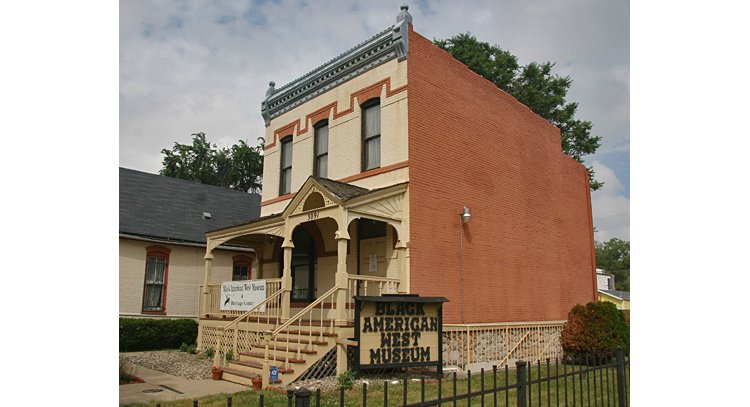 Today, her legacy lives on not only in the medical community but also in the preservation of our city's history. In 1984, her Arapaho Street house and office, scheduled for demolition by the city, was moved to its current location on California Street where it serves as the home of the Black American West Museum & Heritage Center. A bronze sculpture stands across the street in memory to her dedicated community service.

Learn more about Dr. Justina Ford by checking out the below special by Rocky Mountain PBS.

Read the previous installment in the 'Our Coloradans Then' series: Carl Howelsen, the Father of Skiing.