Our Coloradans Then: The Man Who Gave Denver Its Name, and the Town That Couldn't Care Less

Our Coloradans Then: The Man Who Gave Denver Its Name, and the Town That Couldn't Care Less

General James W. Denver disliked the Mile High City, and the residents didn't think much of him, either.

The story starts with an accomplished soldier, politician, and lawyer who served his country both in battle and as an advocate for human rights. This seeming hero led a wagon train, killed a man in a duel, and is the only living person to have a state capital named after him.

It sounds like a Go-West-Young-Man-esque story. If it was, it's a pretty ironic one, because General Denver was not the biggest fan of his namesake, and the town apparently couldn't be bothered to give him the time of day.

There are a few theories as to how Denver got his named slapped on our fair city, according to the Denver Library. Back in 1858, General Denver was better known as Territorial Governor Denver of Kansas. An ambitious party set out from Lawrence, Kan., to the Pike's Peak Gold Region in an attempt to establish a new town. They landed in Arapahoe County (a much bigger area of land than it is now) and soon staked their claim as the Denver City Town Company in an effort to butter Denver the man and make their new city the county seat.

Interestingly, this party has some well-known names attached to it, including General Larimer, Samuel Curtis, Edward Wynkoop, and Charles Blake. So next time you are cruising those streets downtown or hit up Wynkoop's, give a shout out or pour one for these homies.

The library says there is another version of the town's naming.

"An alternate version of the story, known as "the game supper story" was reported by Denver Post reporter Ely Moore in the newspaper and related by Edward Magruder Cook in his book, Justified By Honor: Highlights in the Life of General James W. Denver. In this story, the pioneer party headed back to Kansas after founding Denver and tried to think up a name for the new city each night around the campfire. Names that didn't make the cut included Eldorado, Eureka, Marshall, and Mountain City, the library relates. "As the men drew within a few days of Lawrence, they bagged a bounty of game meat including, '...a fine buck, some wild turkeys, and a buffalo calf.' In honor of their good luck, they decided to host a game banquet with Governor Denver as the guest of honor. Denver was running late, and while the men waited for him to show, they decided to name their city Denver."

The Man and The Mile High City

However, it was named (general credibility goes to the first naming story), and General Denver was not impressed with Denver the city over his lifetime.

He was granted land plots in the city in 1859, but he only first stepped foot in Denver in 1875. While the plots were technically his, they had been sold and resold (slap in the face No. 1), many times, and he relinquished his claims. So, Denver the city was not off to a great start with its namesake. 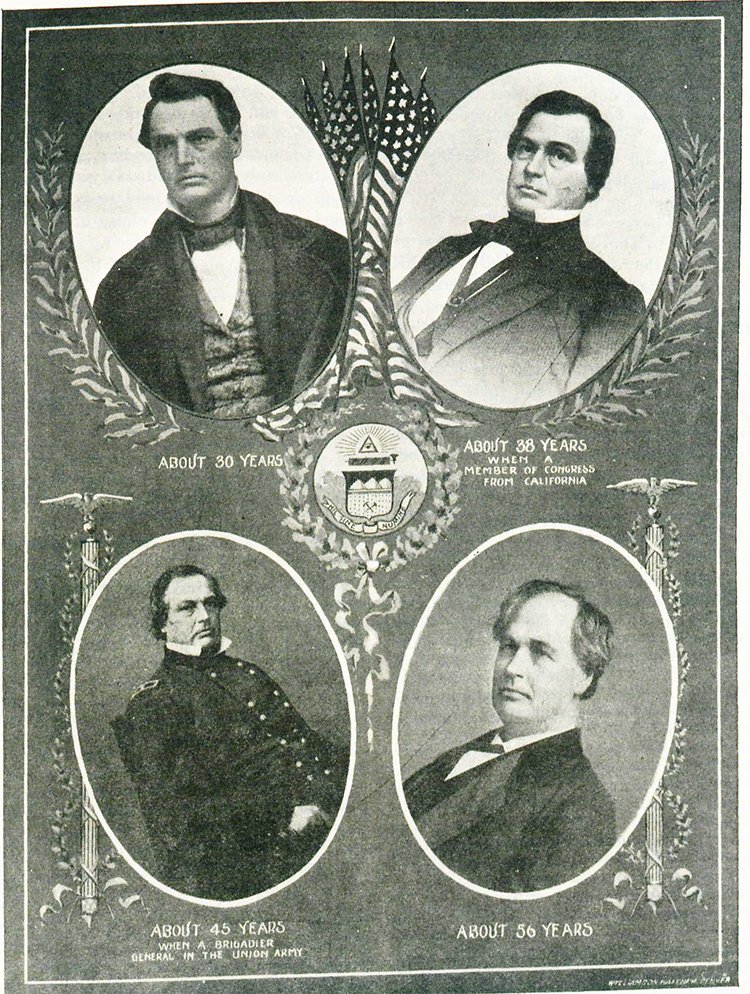 The Man. The Myth. The Legend. Will someone just give this guy some love? Courtesy of Denver Public Library.

But, it was really more the residents that got his goat, not once, but twice. Apparently, the Mile High City didn't give him the time of day. In a letter to a friend, dated March 4, 1892, Denver let his feelings loose about the town.

"In 1875 I received a strong and pressing invitation from an old friend to visit him in Denver. I accepted. My friend did not even visit me at the American Hotel when I got to Denver. I only saw him when I went to his office. Naturally, I felt that was an unusual reception," he related. He was snubbed and none-to-pleased about it.

Surely, the residents of Denver welcomed this great man with more fanfare and appreciation? Nope.

"But my reception was very cool. There was nobody to receive us or give us information...I naturally received the impression there were not many people in Denver City who cared much about me," he lamented about his second visit in 1883. "I've always taken a very lively interest in the growth of the city and in all its interests and had never failed to help it along whenever I could, and I felt mortified and humiliated when I was confronted with such neglect."

He never visited again and passed away in Washington, D.C., shortly after airing all his Denver grievances to his friend. Today, I'd wager that many people wandering Denver's streets have no idea who it was named after, continuing the snub that has echoed for more than 100 years.

You don't have to be one of those people, though! Give General Denver a little love, and read more about him on the Denver Public Library's website.

Read our previous installment of Our Coloradans Then: Julia Archibald Holmes, the first recorded woman to summit Pike's Peak.

DC Is Getting Its First 100% Self-Pour Pub

Podcast Review: This Bite-Sized Podcast Is Perfect for Bird Enthusiasts