Our Coloradans Then: William Henry Jackson, the Man Who Captured Colorado's Beauty

Our Coloradans Then: William Henry Jackson, the Man Who Captured Colorado's Beauty

Jackson's photography immortalized the Centennial State in all its glory.

If you have seen older photographs depicting Colorado in a simpler age, its sweeping mountains, mesas, and scenery on display, it's likely you are looking at the work of William Henry Jackson.

Jackson has come to be known as the premier photographer of the American West. Traveling through Utah, Colorado, and Wyoming as part of the "Hayden Survey," a project out of the U.S. Geological Survey of the Territories, Jackson captured what may be some of the last looks of a relatively untouched western landscape.

"Jackson’s images provide Americans with a glimpse of the American West on the cusp of great change, helping them see what familiar landscapes looked like as humanity ushered in the age of industrial mining, timber harvesting, large-scale irrigation projects, and other modern developments," says Carol Johnson of ColoradoEncyclopedia.org.

Beginnings of a Legend

Jackson was born in New York in 1843. His talents must have come naturally, as his mother loved to paint, a hobby that she passed onto her son. He is considered a prodigy in painting. In fact, as a teen, he took a job as a photograph retoucher for studios in New York and Vermont, starting on the journey to his lifelong career. Today, there is a museum of his paintings of the American West at the Scotts Bluff National Monument in Nebraska.

After serving time in the Civil War, he returned home briefly before moving to Nebraska in 1968, some say because of a broken heart, and opening a photography studio.

It started him on his path to becoming the photographer of the American West, which is interesting as Jackson was a great-great nephew of Samuel Wilson, the progenitor of America's national symbol Uncle Sam.

Mapping the West Through a Lens

In 1869, he earned a commission from the Union Pacific Railroad to document the scenery along the various routes. From this work, he happened to meet with Ferdinand Vandeveer Hayden, director of the United States Geological Survey of the Territories. This meeting took his photography out of the studio and into the field, literally. He joined the Hayden Survey as the official photographer, helping map Colorado, Utah, and Wyoming. His work put many of the major landmarks on the map, including Yellowstone. In fact, his photographs helped it receive designation as a national park.

In Colorado, he was responsible for documenting to the state's beauty, from the Southwest to the mountains. He was the first to photograph many of the Mesa Verde cliff dwellings, captured images of several 14ers, and immortalized areas like Mount of the Holy Cross and Garden of the Gods. 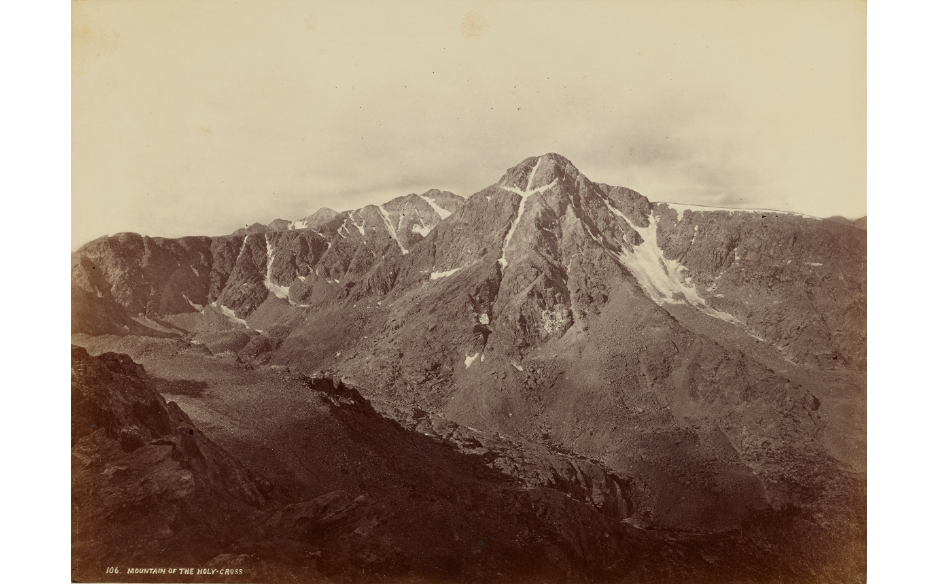 It was no small feat, as photography equipment in those days was a serious venture.

"His photographic equipment consisted of bulky cameras supported by sturdy tripods, fragile glass plate negatives, and a portable darkroom, including bottles of chemicals. Jackson processed the negatives in the field, allowing him to see his results immediately. If he was dissatisfied, Jackson could wipe off the photographic emulsion and reuse the negative," writes Johnson.

Fortunately, he was allotted a crew of men and mules to help pack the equipment around the rough terrain. It wasn't without its perils. Jackson lost a month's work when a mule lost its footing. He had to backtrack into the Rocky Mountains to remake the pictures, which included the much-loved view of the Mount of the Holy Cross.

Jackson continued to trek across the West, capturing stunning images as he went, for about five years as part of the survey project. He chose to return to Denver at the end of the project, and open a studio, taking new photographs and selling pictures that he had taken of the state already.

Pikes Peak from Garden of the Gods. William Henry Jackson. Courtesy of sfmoma.org.

He continued to take railroad project commissions, as well as other high profile jobs across the nation. The silver price crash in 1893 turned Colorado's once-booming economy to dust, affecting everyone, including Jackson. He also had to compete with fast-changing technology. To offset the tough economic times, he accepted a project with the World's Transportation Commission, documenting traditional and novel forms of transportation internationally. He traveled for two years to North Africa, the Middle East, South Asia, and Australia, then moved on to East Asia, Russia, Europe, East Africa, then finally South and Central America. In all, Jackson captured more than 900 photographs, which are now on display at the Library of Congress. 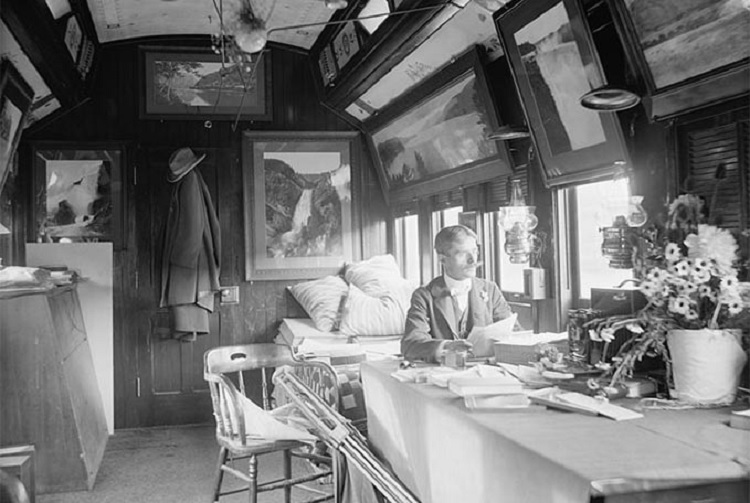 When he returned to Denver, he shifted into publishing, but eventually, he moved on to greener pastures. He sold his entire stock of negative to the Detroit Publishing Company. The company had acquired the exclusive ownership and rights to the photochrom process in America, which turned black and white photos into color lithographs. Jackson joined the company in 1898 as president. He moved a few more times, pursuing painting in his later years. Jackson passed away in New York in 1942 at the age of 99.

While William Henry Jackson may have left Colorado, his mark was certainly left on the state. His photographs have been credited with attracting more people to the state during its early years, and they provide a wonderful historical marker of Colorado's past.

You can see a large digital collection of his photographs courtesy of the Denver Public Library. It's a beautiful collection with some of the most iconic images of Colorado and the West, all taken with care, determination of the American spirit, and a love for the landscape and people that called the areas home.