Anyone who's watched Ace of Cakes on Food Network knows how hardcore Duff Goldman is. He's the founder of Charm City Cakes, the famous bakery known for its wonderfully over-the-top cakes made using blowtorches, chainsaws, and other edgy tools. The bakery had a humble beginning in Baltimore before catapulting to worldwide success. Goldman may not have been born in Maryland, but his association with Baltimore is undeniable. Find out more about the celebrity pastry chef below!

Jeffrey "Duff" Goldman was born in Detroit, Michigan, on December 17, 1974. His nickname "Duff" came from childhood when his younger brother tried pronouncing his name. Goldman became interested in cooking at a young age, almost cutting his pinkie finger off while watching the cooking personality Chef Tell. He attended high school in Northern Virginia and college at The University of Maryland, Baltimore County. After honing his craft at The Culinary Institute of America at Greystone, Goldman worked at esteemed restaurants like Olives, the Mediterranean eatery started by celebrity chef Todd English. 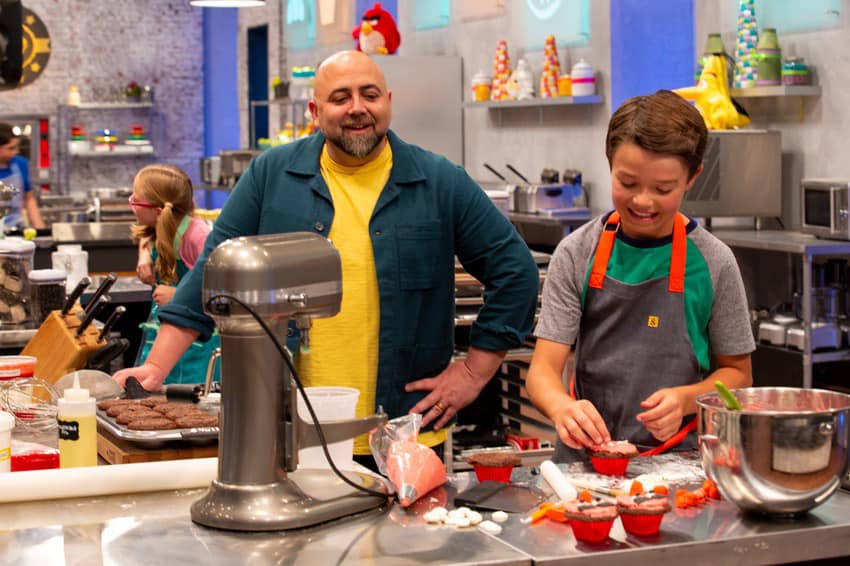 In 2000, Goldman started Charm City Cakes out of his home in Baltimore's Charles Village neighborhood. The bakery's unconventional approach to cakes is reflected in Goldman's own background, with much of the staff being visual artists without culinary experience. After catching the attention of Food Network, the reality show Ace of Cakes premiered in 2006. Each episode centers around the bakers at work on various assignments and the chaos that ensues from unconventional materials, unwieldy support systems, and a whole lot of blowtorches. Goldman and the bakery have made cakes for Maryland Zoo's Zoo Bloom event, former President Barack Obama's second inaugural ball, and the New York premiere for Harry Potter and the Deathly Hallows: Part 2. After 10 seasons, the show ended on a high note with a show-stopping recreation of the DeLorean time machine from Back to the Future.

Since Ace of Cakes, Goldman has been featured on other Food Network shows, including Holiday Baking Championship, Worst Bakers in America, and Kids Baking Championship. If you're feeling nostalgic for Charm City Cakes, visitors can pop by their location on Baltimore's Remington Avenue or Charm City Cakes West in Los Angeles for one of their signature creations. Today, Goldman resides in L.A. with his wife Johanna Colbry.

Are there any Ace of Cakes fans here? Have you tried Charm City Cakes? Let us know your thoughts in the comments!