The Baltimore native portrayed Lieutenant Cedric Daniels on The Wire.

Our Marylander this week is the talented actor Lance Reddick. Across a multi-decade career, he's appeared in dozens of movies and TV shows, often portraying authority figures. In a long list of credits, though, none stand out quite like his role as Lieutenant Cedric Daniels in HBO's sprawling drama The Wire. As a show set in Baltimore, it's fitting that Reddick, like much of the cast, is also a Baltimore native!

Reddick was born in Baltimore on December 31, 1962. From a young age, he had his sights on music and attended the Peabody Preparatory Institute in Baltimore and Eastman Institute of Music in Rochester, New York. After juggling various odd jobs, he made his way to Boston and studied theater at the Yale School of Drama in the early 1990s. Ironically, he would turn towards acting as a means of advancing his music career (eventually his dream came true—he released his debut Contemplations & Remembrances in 2007!).

In 2000, he appeared on David Simon's miniseries The Corner and the prison drama Oz before being cast in The Wire as Cedric Daniels, the trustworthy lieutenant in the Baltimore Police Department. Initially, he auditioned for the roles of Bunk Moreland and Bubbles before Simon cast him in his career-defining role. Despite the show's slow ascent to success, it is now regarded as a landmark of TV's Golden Age, maintaining a high rating of 9.3 on IMDb. 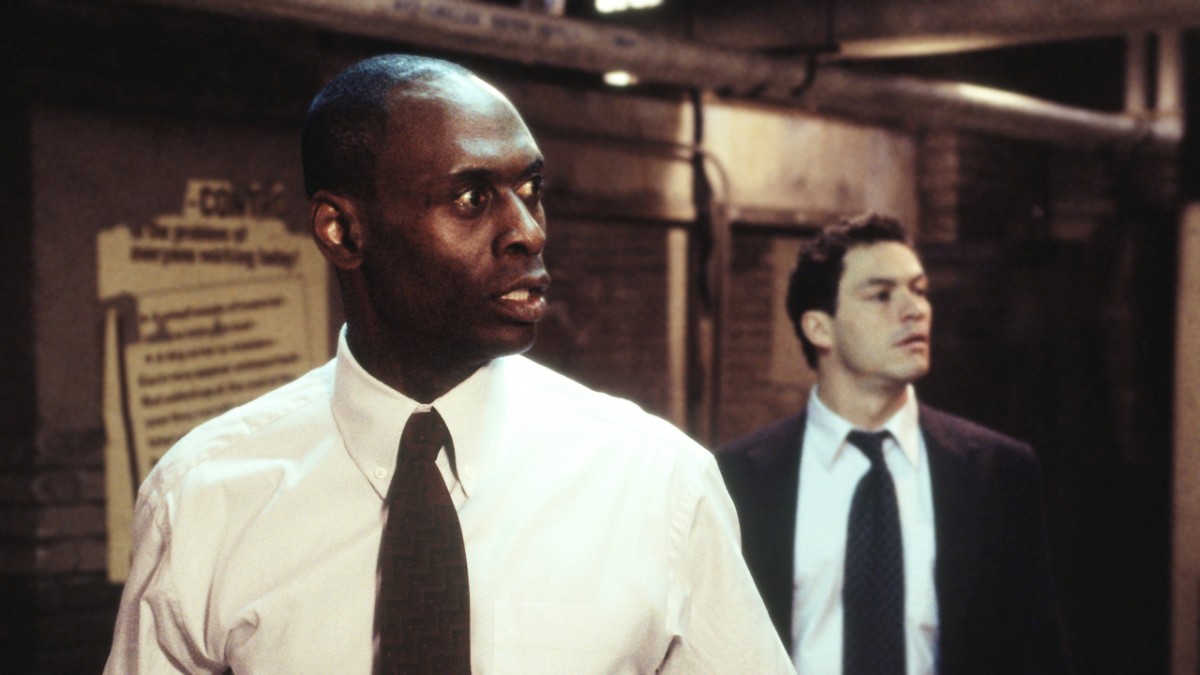 Reddick in The Wire, courtesy of IMDb

Since The Wire's end in 2008, Reddick has continued working on television, doing small parts on Law & Order, CSI: Miami, and Numb3rs. He's also nabbed major roles on the shows Fringe and Lost, both created by showrunner J.J. Abrams. He's continued his role as Charon in the John Wick franchise and provides voices of video game characters including Commander Zavala in the Destiny series. Recently he's starred in Amazon Prime Video's LAPD drama Bosch as Irvin Irvine.

It would be easy for an actor of Reddick's stature to become type-cast, as he consistently depicts similar characters—hard-edged, serious authority figures. But his commitment to each role, coupled with his range, shows otherwise.

In a profile from The Guardian, he stated: "I have been concerned about type-casting, but now I feel I've done enough other things, and I'm confident I will do enough different things, I'm not worried."

Anyone here fans of Lance Reddick or The Wire? What's your favorite role? Share it with us in the comments!