In the world of basketball, Kevin Durant has emerged as one of the brightest players of his generation. Standing 6'10 at 240 pounds, the 31-year-old small forward kicked off his career with the Seattle SuperSonics/Oklahoma City Thunder before winning championships with the Golden State Warriors. Yet the athlete's origins can be traced back to Prince George's County in Maryland. Talk about a slam-dunk!

Durant was born on September 29, 1988, in Washington, D.C. His father abandoned him and his three siblings, leaving his mother Wanda and grandmother to raise them in Prince George's County, Maryland. As a child, Durant aspired to play basketball—his hero was Vince Carter on the Toronto Raptors. In middle school, he participated in local Amateur Athletic Union teams and played the sport at Montrose Christian School in Rockville. At the University of Texas, he played for the Texas Longhorns, where his performance won him the Naismith College Player of the Year.

During the 2007 NBA Draft, Durant scored a spot on the Seattle SuperSonics. He won NBA Rookie of the Year at the season's end, averaging 20 points per game. As a teenager, this was a feat only matched by LeBron James and Carmelo Anthony. In 2008, the team transformed into the Oklahoma City Thunder, and Durant joined on an $86 million contract. Between 2013 and 2014, he maintained a 35.9-point average across a dozen games and garnered the NBA Most Valuable Player Award at the end of the season. 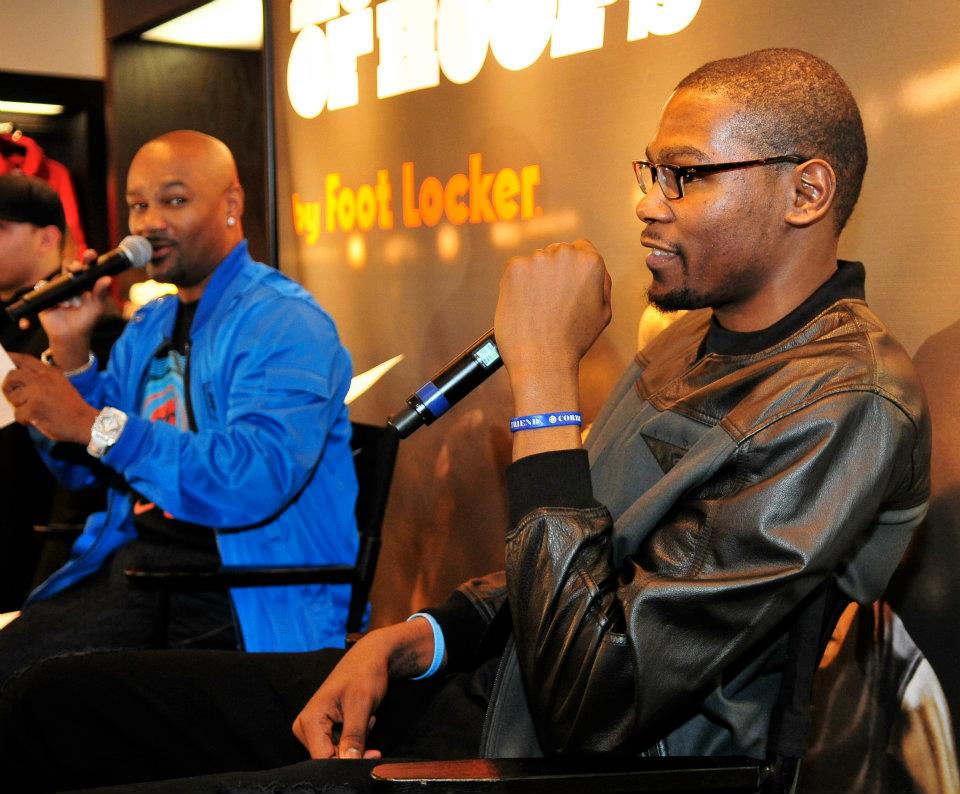 Durant played for the team until 2016 when he revealed his decision to join the Golden State Warriors. This decision would sow controversy in the sports world; pundits viewed his departure as opportunistic due to the team's prior victories. However, his skills brought back-to-back wins against the Minnesota Timberwolves and Houston Rockets, and the Finals against the Cleveland Cavaliers earned the NBA Finals MVP honors after becoming the highest-scoring member of the team.

Off the court, Durant has enjoyed sponsorships with Nike and Footlocker, as well as a brush with acting—He starred in the 2012 family comedy Thunderstruck. He's contributed articles and photography to the NBA publication The Players' Tribune and runs production company Thirty-Five Ventures, which released a documentary about youth basketball in his hometown called Basketball County. He's received countless awards over the course of his career, including two NBA championships, two Finals MVP awards, and an NBA Most Valuable Player Award. Today, his overall earnings from salary and endorsements make him worth a mind-boggling $63.9 million!

In 2019, he signed a four-year contract with the Brooklyn Nets but announced he would be sitting out the 2019-2020 season. According to ESPN, "It's just best for me to wait." The athlete was recently diagnosed with COVID-19 but appears to have made a full recovery. Whenever that time may be, we look forward to seeing him back on the court!

Are you a fan of Kevin Durant or any of the teams he's played on? Do you have a favorite moment of his on the court? Sound off in the comments!